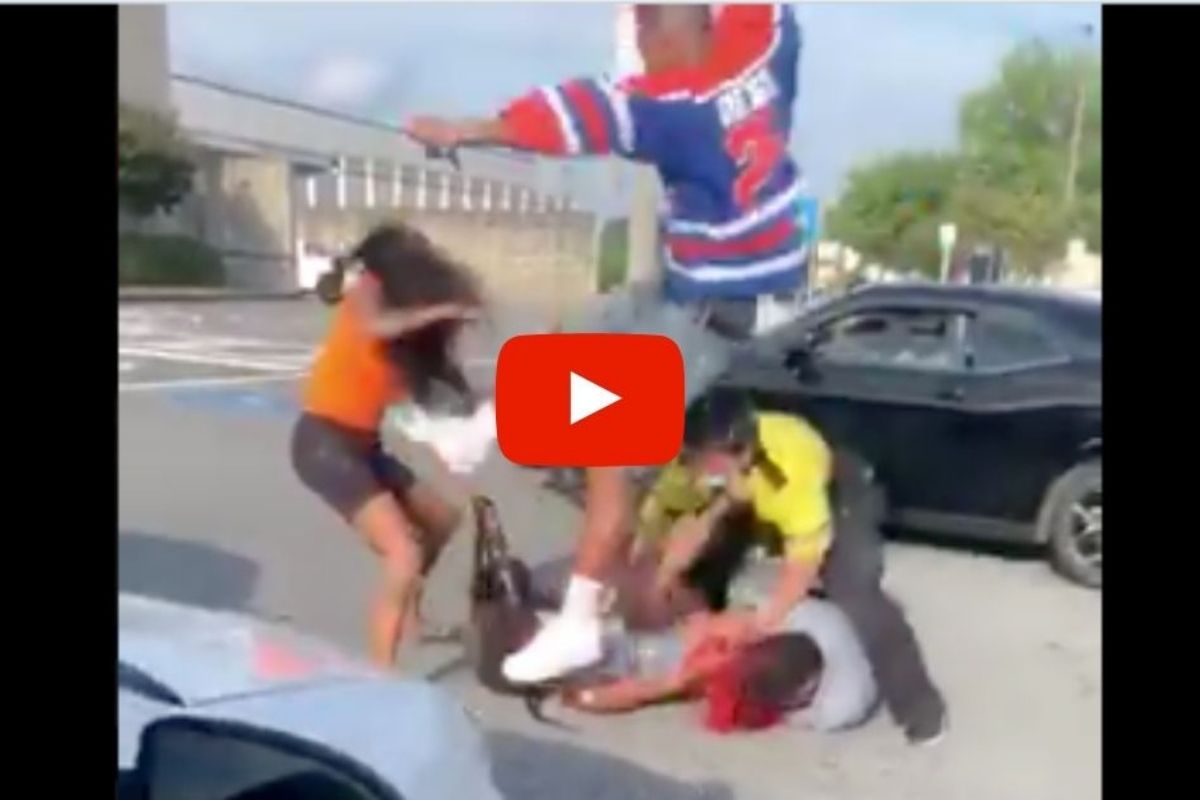 Well, it certainly didn’t take long for Georgia residents to cause quite the commotion in the middle of a busy parking lot. A hilarious and absolutely dumb (but impressive) video is now going viral online, showing a fight in the middle of the Cumberland Mall parking lot in Atlanta. This just two days after Georgia reopened its business back up. Safe to say, well, the state probably didn’t see this coming when they decided to overlook the whole Coronavirus pandemic.

The 17-second viral video, which by the way is lacking a lot of contexts, opens up with three women fighting each other while a male security guard tries to break up the brawl. The scariest part of this whole incident is that the security guard is the only one seen wearing a face mask of all four of them, who were clearly not practicing distancing guidelines.

Which yes, although the mall is open, it expects business and people to follow social distancing guidelines which are still in effect in the state of Georgia despite the push to return to normality. So, as a security guard pushes the woman down and restrains them on the ground, the third woman decides to reach down and pull a bag away, getting a couple of punches in there too.

That’s when a man out of nowhere comes into the frame kicking one of the women pretty much across the country and performs a stunt straight out of Dragon Ball Z. Yes, my man sucker kicked the heck out of this woman who probably didn’t deserve it, because well let’s face it, that was a lot of force for one person.

Still, the man continues to then punch the security guard over and help one of the women wrestling on the ground as they both run for their freedom. Probably in shock and confused as to why this man basically dropkicks this woman’s spirit out of her body, no one chased them after they ran. That’s when the video ends unexpectedly.

I'm so glad as Georgians we can come together as one in a crisis.

It’s truly a mess of a video, if you look really closely there’s a lot going on that can’t be explained. According to authorities, it’s still unknown who was recording the footage but the video currently has more than 175,000 likes as of May 7th. So you know this video has been circling around all over social media. Will they find the people involved? Sure, most probably, you know they’ll probably get charged with some hefty crimes.

I guess this goes to show you some of us have been inside for way too long, but that doesn’t give us an excuse to literally knock someone out and pretend you’re in Mortal Kombat whenever you see someone in public getting in a fight. This dude seriously needs to get some anger management classes because this is insane.

Editors Note: This article was originally published on May 7, 2020.