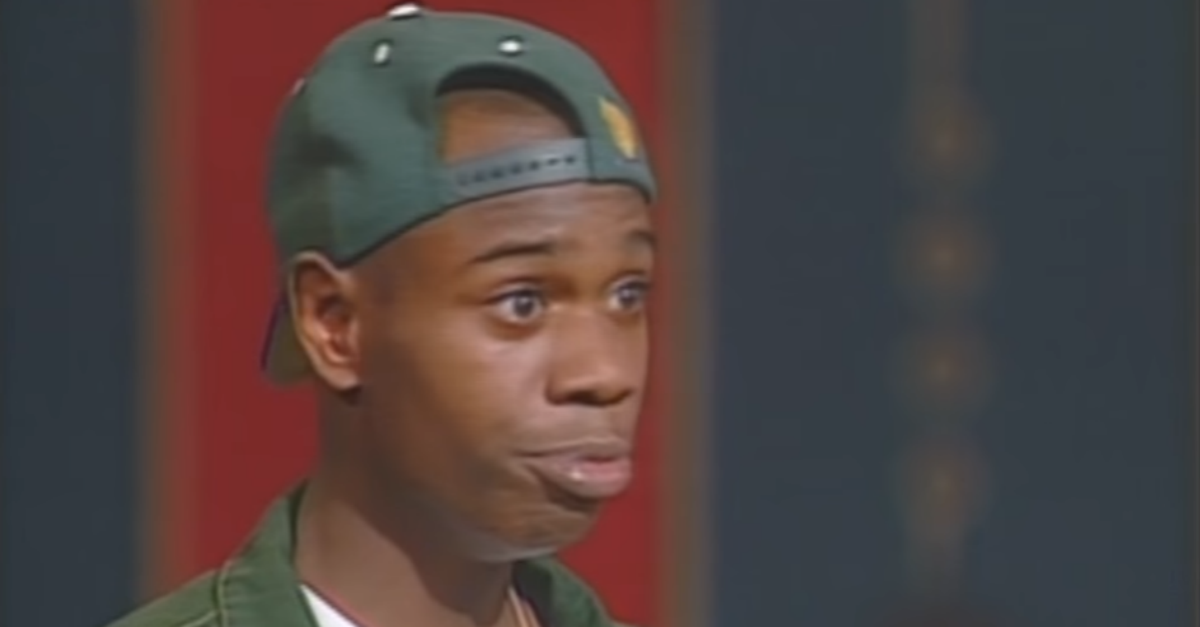 Dave Chappelle has been performing stand-up comedy for almost his entire life. He grew up in a Washington DC suburb and moved to New York City at an early age to chase his dreams. The comedian got lucky when he was just 20 years old and was picked up by Mel Gibson to appear in “Robin Hood: Men in Tights,” and this early clip of his stand up shows that his talent bloomed early. The scene is from the 1993 Montreal Just for Laughs Comedy Festival, which has birthed scores of successful comedians and is seen by many as the first sign that you’ve made it.

Even in his early pieces, Chappelle spent time commenting on race relations and police involvement in the community. He does one line that will eventually become an entire twenty-minute piece in later performances, joking that “LA police overreact to everything.” In this set, the comic was well on his way, but his delivery seems a bit awkward. Thankfully, he continued and evolved into one of the most popular comedians on the planet.

On “Inside the Actor’s Studio,” Chappelle recalled the first time he performed, when he was only eleven-years-old. The comedian said that he was so nervous that he would deliver his jokes while looking at his feet.