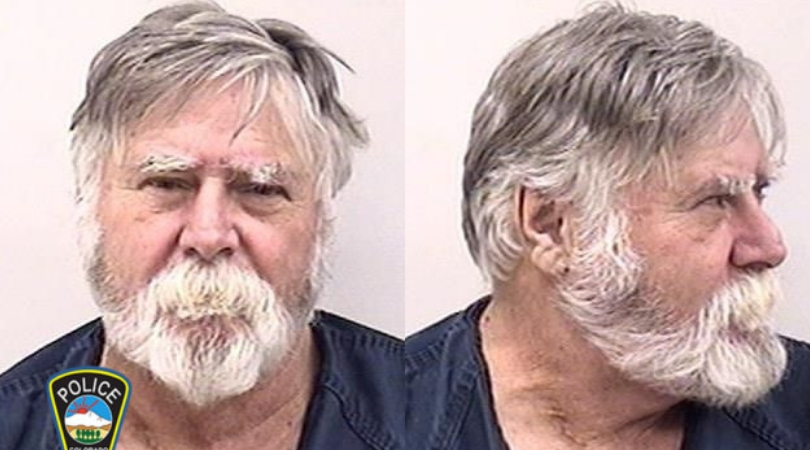 It looks like 65-year-old David Wayne Oliver just wanted to fulfill his dreams of becoming Jolly Old St. Nick. The man decided to spread some holiday cheer this year by robbing a bank in Colorado and tossing fistfuls of money into the air while yelling “Merry Christmas!” You know, the usual.

Although his deed is very much appreciated, and I’m sure he was only trying to help a few folks out, Colorado Springs Police obviously arrested him. Because well, despite his efforts to be a good person, he did rob a bank. According to authorities, Fake Santa walked into the Academy Bank branch in downtown Colorado Springs and told a bank teller he had a weapon in his pocket.

He was able to leave with some undisclosed amount of cash during the Christmas heist. But, instead of running away as any normal person would, he decided to share the wealth once he ran outside. Bystanders quickly scooped up the stolen money, but apparently “brought them back to the bank.” I mean, sure, you’re being a good person. But it’s cash we’re talking about here. Free money? Pft, I’ll take it.

So, while these honest people were returning the cash, the Colorado man decided to just stroll into a Starbucks coffee shop next door, order a latte, and “sat down and waited for cops.” Kidding, I’m not sure if he ordered a latte, but he did just wait for police officers to arrive so they could arrest him.

The bank robbery suspect was apparently already wanted for an unspecified arrest warrant and is being held in the El Paso County Jail. Honestly, I don’t blame this man at all, he’s a true hero. He decided to just steal thousands of dollars and give it away to the people of Colorado as if nothing.

It’s one heck of a risk, give him a medal. Arrest the others who gave the money back. Ungrateful humans, how dare you turn down a Christmas gift? If someone throws money in the air, you catch it and run. Also, can we talk about how this man actually does look like a modern time Santa Claus? White beard and all.