During an episode of “Celebrity Family Feud” that pitted Amy Schumer’s family against Kelly Clarkson’s family, Schumer gave an unexpected response to one of host Steve Harvey’s questions, and hilarity ensued.

With her family having two strikes, it was up to Schumer to give a correct answer to the round’s question, “Name something a wife might do to her bald husband’s head in the bedroom.”

“Push it down,” she responded.

RELATED: Thankfully someone was there to record the zany behavior of these teenagers who just had their wisdom teeth removed

Her hysterical answer caused laughter from everyone in the room, including the Clarkson family. After realizing what Schumer had said, Kelly Clarkson leaned into her microphone and gave a resounding “yes” in agreement.

Unfortunately for the Schumer family, the answer wasn’t on the board, so they received their third strike. 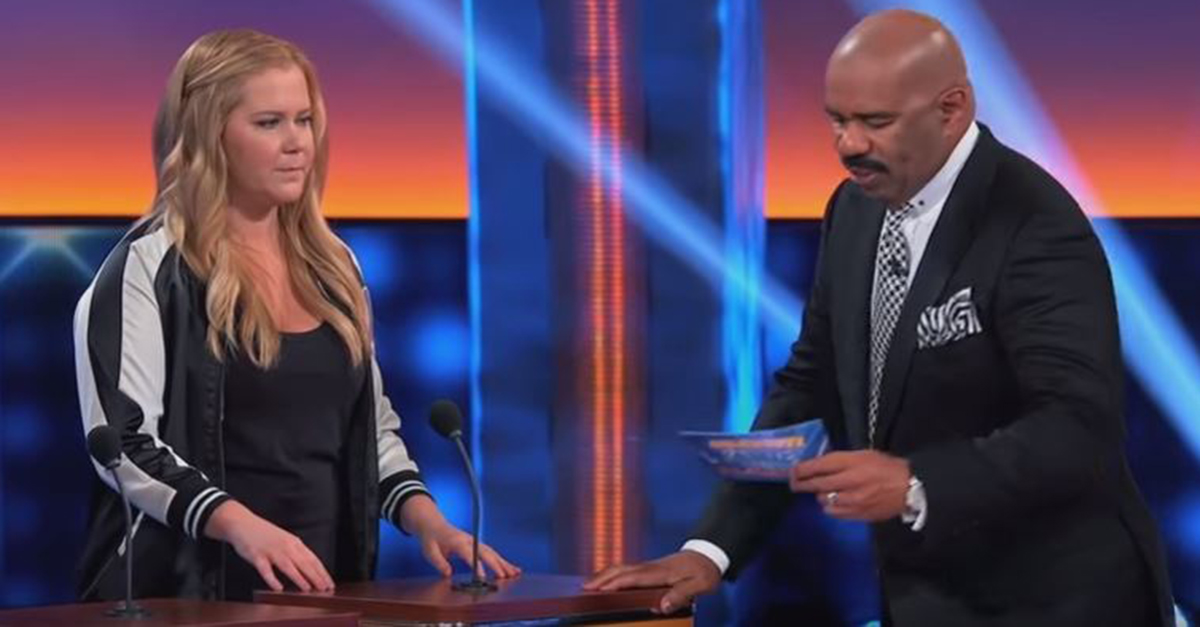