Funny Or Die took aim at Fox News’ sexual harassment scandal with this fake company training video. The humor website used sarcasm to highlight how victims of sexual abuse in the workplace are treated after the fact.

“Sexual harassment. Those are two words that no one wants to hear — so I don’t use them,” the host of the video tells viewers, before pointing out the nuanced differences between flirtation and sexual harassment.

We’re then introduced to a character named Becky — an employee at Fox News — as she repels advances from male coworkers and bosses, only to be informed by the host that she’s overreacting: “In the world of news, giving one-on-one attention is what we call ‘being a mentor.'” 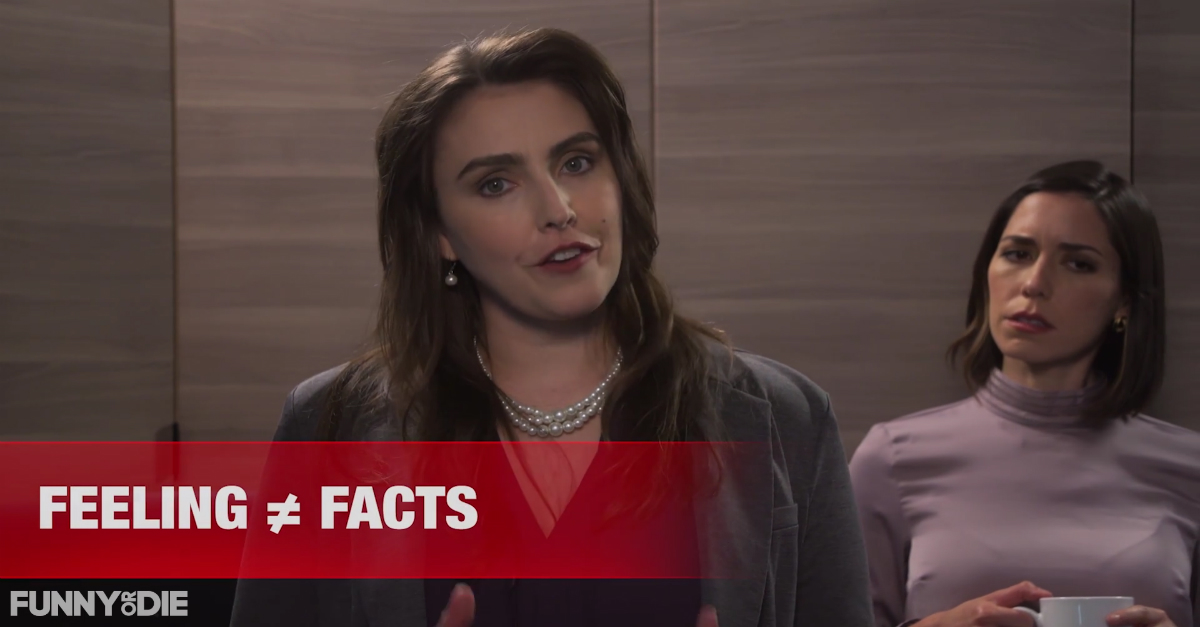