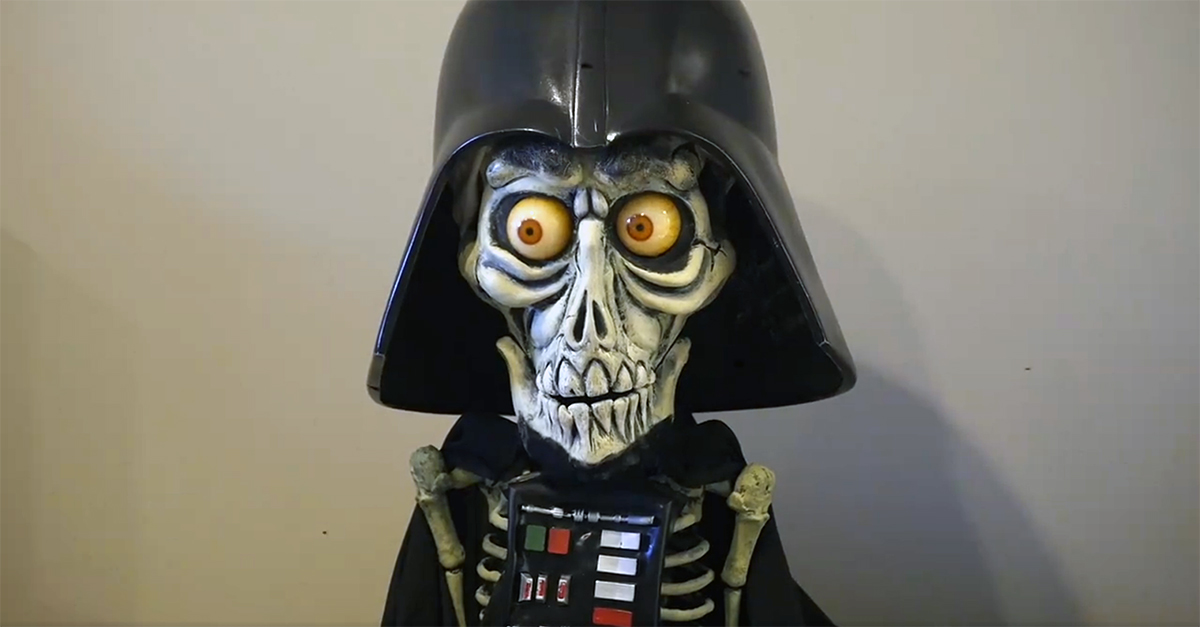 Jeff Dunham’s puppets have taken on lives of their own at times on the stage, but this time they are trying to take on the lives of classic Star Wars Characters. There’s Achmed the Dead Terrorist trying his hand at being Darth Vader, Bubba J as a country bumpkin Luke Skywalker, Jose Jalapeño attempting his best Yoda impressions and Walter attempting to be a wise and old Ben Kenobi.

Naturally, these “auditions” take a turn for the worse and everyone screws up their lines pretty badly. Walter gets a little too grumpy, Bubba J doesn’t quite get what’s going on and Achmed is trying a little too hard to kill people. The video went up at a perfect time on December 17, before the night premiere of “Star Wars: The Force Awakens,” to get everyone in the mood.