Rihanna is many things to many people. For most of us, she’s a pop music star, but apparently she’s not satisfied with just radio clout and star power. She has apparently been named Harvard University’s Humanitarian of the Year, largely due to her charitable giving in Barbados, her birthplace. Jimmy Fallon, in his latest installment of “Thank You Notes,” notes his appreciation for the singer and all of her ” work, work, work, work.”

RELATED: Jimmy Fallon casts out some hilarious thank you notes that include President’s Day and long underwear

Also on the list of thing’s Fallon is thankful for: the little plastic cups that come with cough syrup (kids have to learn to take shots somehow), Stephen Miller, the soap opera “Days of Our Lives” and the patent Apple has filed to make a vaping device.

There’s so much to be thankful for, and we’re glad Fallon’s here to break it all down for us. 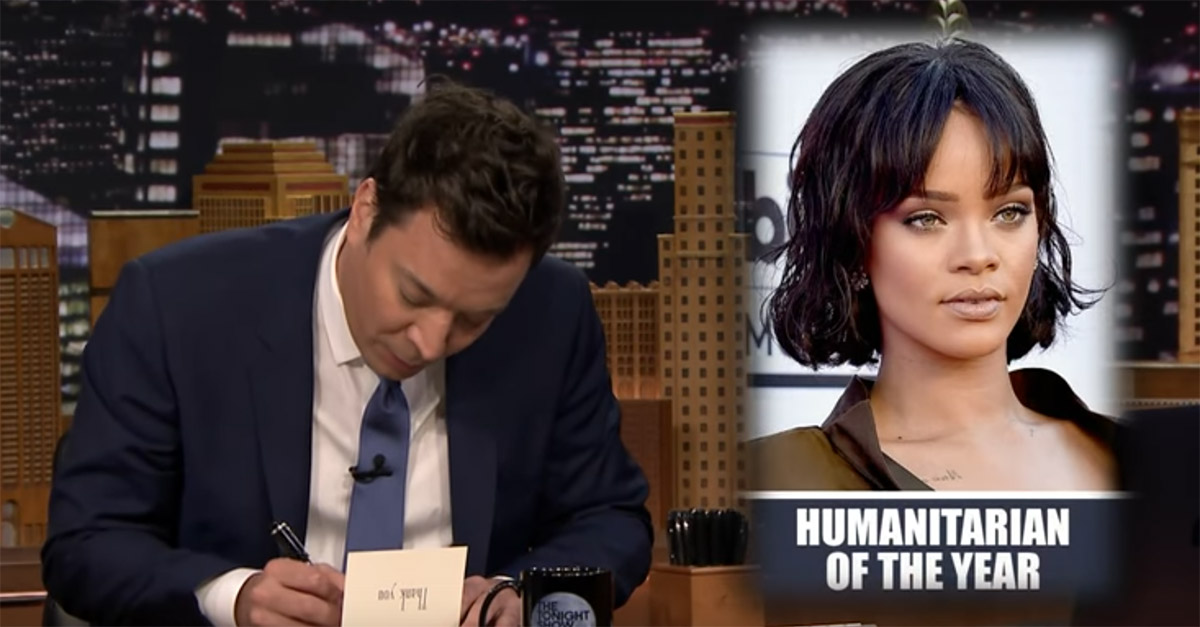