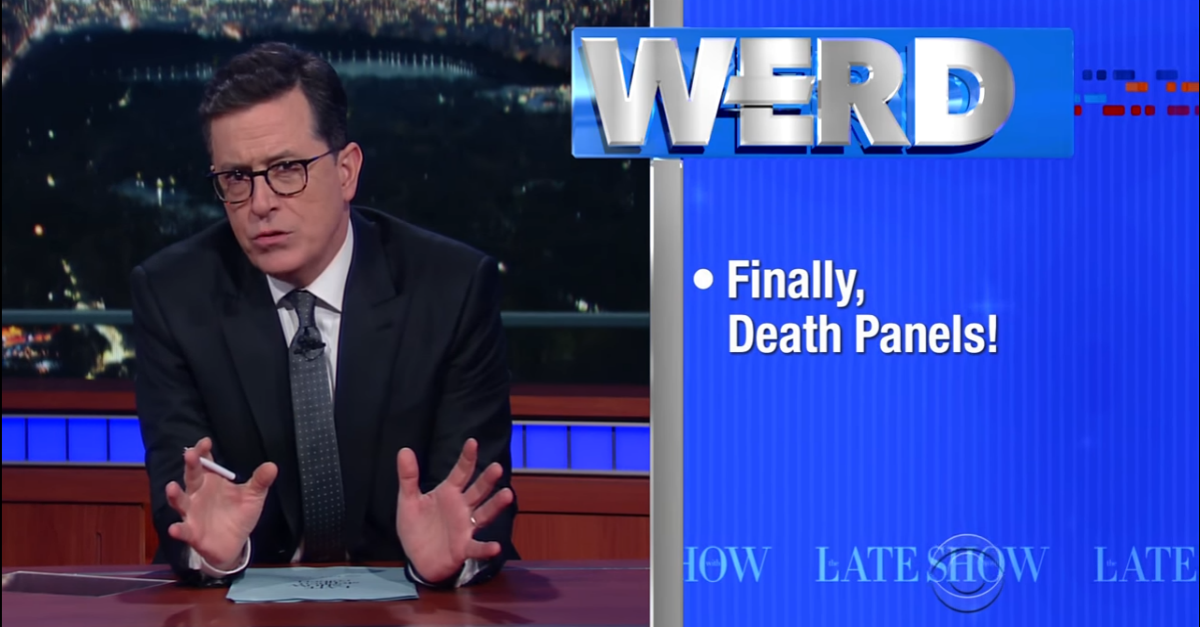 Late-night host and comedian Stephen Colbert is gearing up for four years of President Donald Trump, and even the most left-leaning funnymen have to be excited about the future of comedy in a Trump White House.

On Monday night’s show, Colbert tried to make light of a situation that’s frightening for a lot of Americans — with Obamacare repealed, many people will lose their health insurance.

Colbert broke down the Republicans’ plan to repeal the Affordable Care Act with a series of puns and jokes. And whether you love Obama or Trump, or hate them both, it’s always nice to have a comedian throw his voice into the situation.