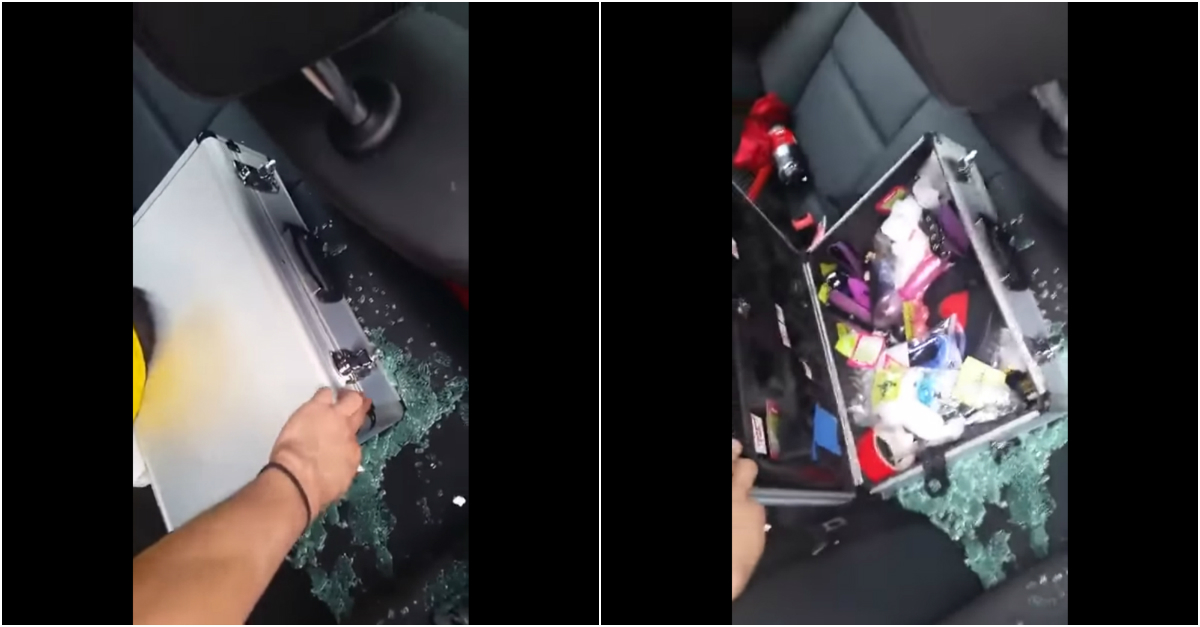 A thief got a rather uncouth surprise when they broke into the car of the guy who made this video — which was uploaded to the Media YouTube channel.

RELATED: When these pranksters rubbed Mace on their bikes, the thieves who tried to steal them got a nasty surprise

“Tantalized by this lovely steel briefcase that we see in so many criminal movies as either a container for drugs or money or money from drugs and such shady dealings. Let’s see if they got all my money,” the car owner says before revealing the actual contents of the briefcase, which definitely weren’t drugs or money. We won’t tell you what was inside the briefcase, but let’s just say it was something a thief didn’t want to steal.