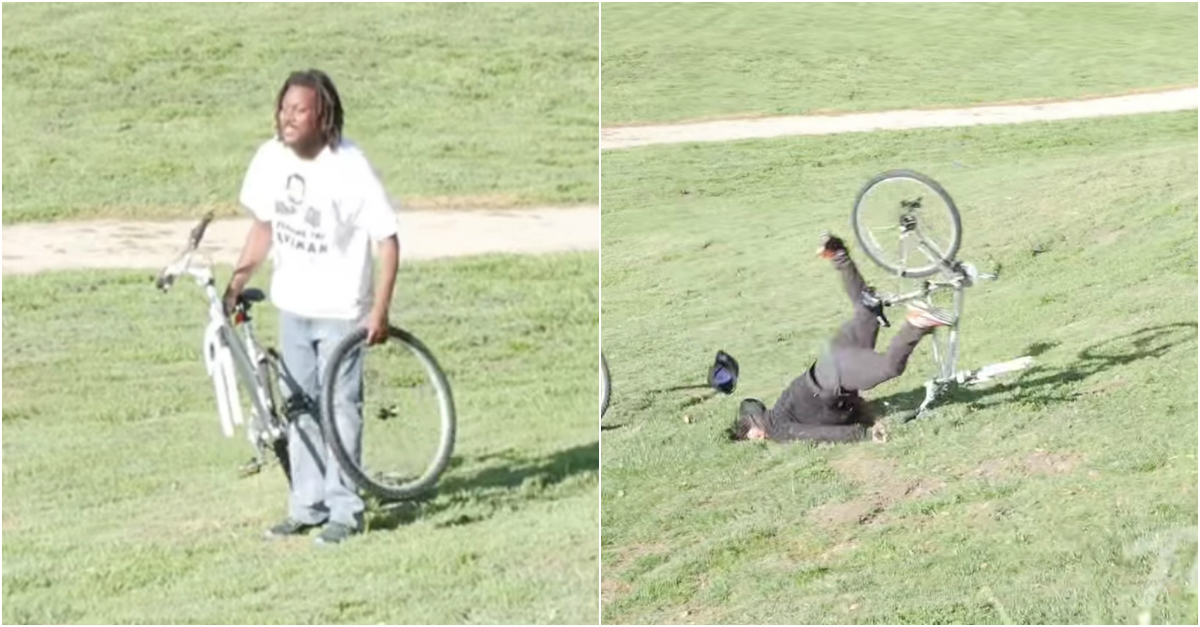 This video features another genius bait prank from TwinzTV. It’s simple, effective prank that gives thieves something to think about — and a few bruises to boot.

The pranksters rig the bike by loosening the front wheel, making it near-impossible for someone to ride without inflicting serious pain on themselves.

RELATED: When these pranksters rubbed Mace on their bikes, the thieves who tried to steal them got a nasty surprise

They leave the bike on top of a bumpy hill in a quaint little park and await for someone to come along and steal it — which doesn’t take long.

The first thief manages to escape with nothing more than a bruised ego. But the second thief gets a face full of turf in the most hilarious fashion.