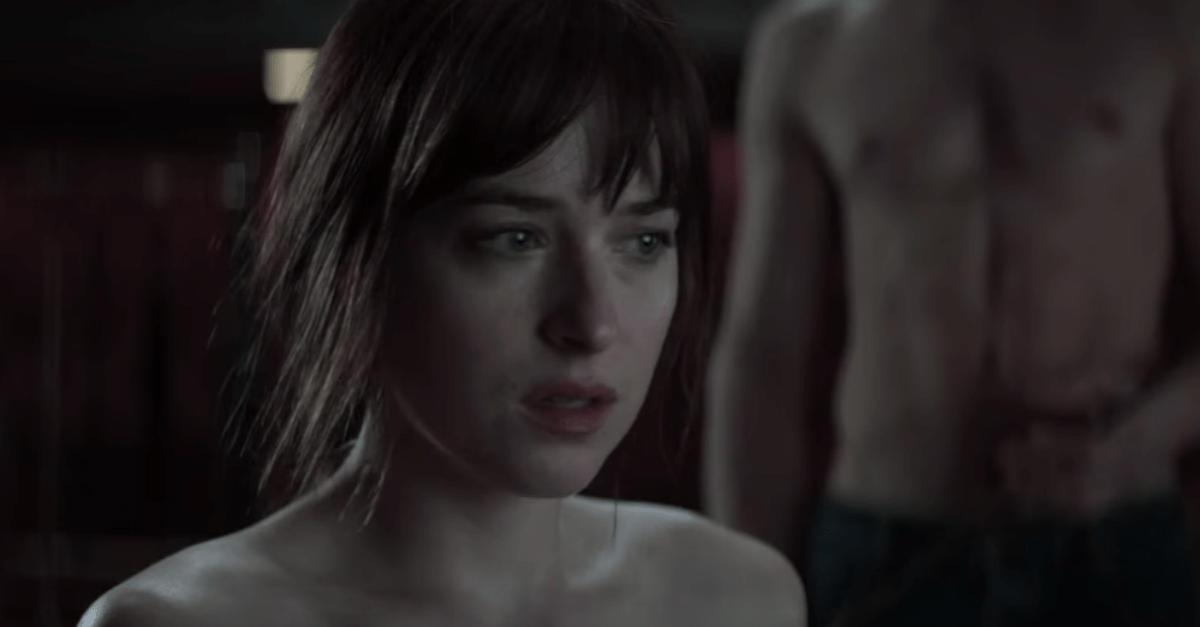 When “50 Shades of Grey” swept the nation, it was a pretty disturbing phenomenon. Literary snobs lost their minds at the realization that people wanted to read drivel that was termed “mommy-porn” rather than Dickens or Faulkner.

RELATED: After you see “Mr. Bean” as a horror film, you’ll never look at that bumbling Brit the same way again

And when the movie came out, it was the most unfortunate date night that men have endured since “The Notebook.” And while there were some terrifying elements of the film (the writing, the acting, the romanticized presentation of sexual abuse), it was not really a horror film.

RELATED: “50 Shades Darker” gets a wonderful redo with the incomparable Christopher Walken

But YouTube user John Loberger has found it necessary to take “50 Shades of Grey” and turn it much, much darker. In the description, he writes, “Literature student Anastasia Steele’s life changes for the worst when she crosses paths with ex-cult leader Christian Grey.” He cut in a few scenes from “Pulp Fiction” to spice up the action, and after this, you won’t ever be able to look at the film the same way.