When moving on to the next phase of their professional lives, some people just can’t help but to put in that little bit of extra effort to show their true feelings to their former employers. Reddit user springmint5, whose real name is Alex, is one of those people.

Rather than simply put in his two weeks notice, Alex went to the sympathy card aisle to get in just one final, subtle dig at the expense of his bosses.

RELATED: This guy just quit his job in the most epic way — even his bosses don’t believe him 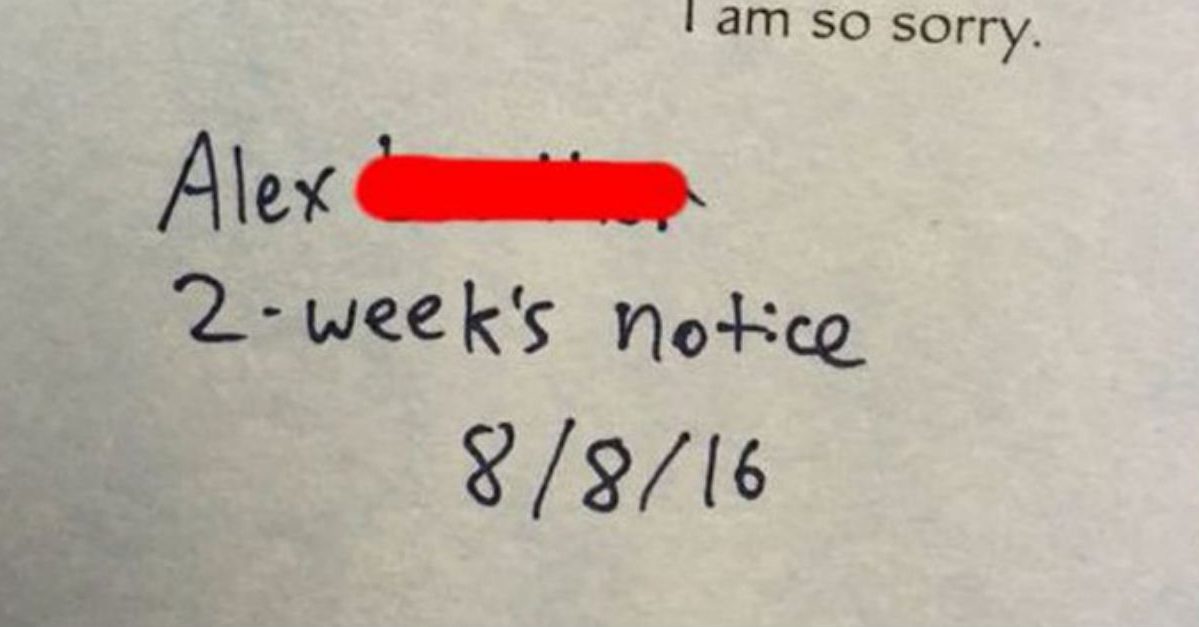