This “Jackass” Valentine prank is a stone cold classic 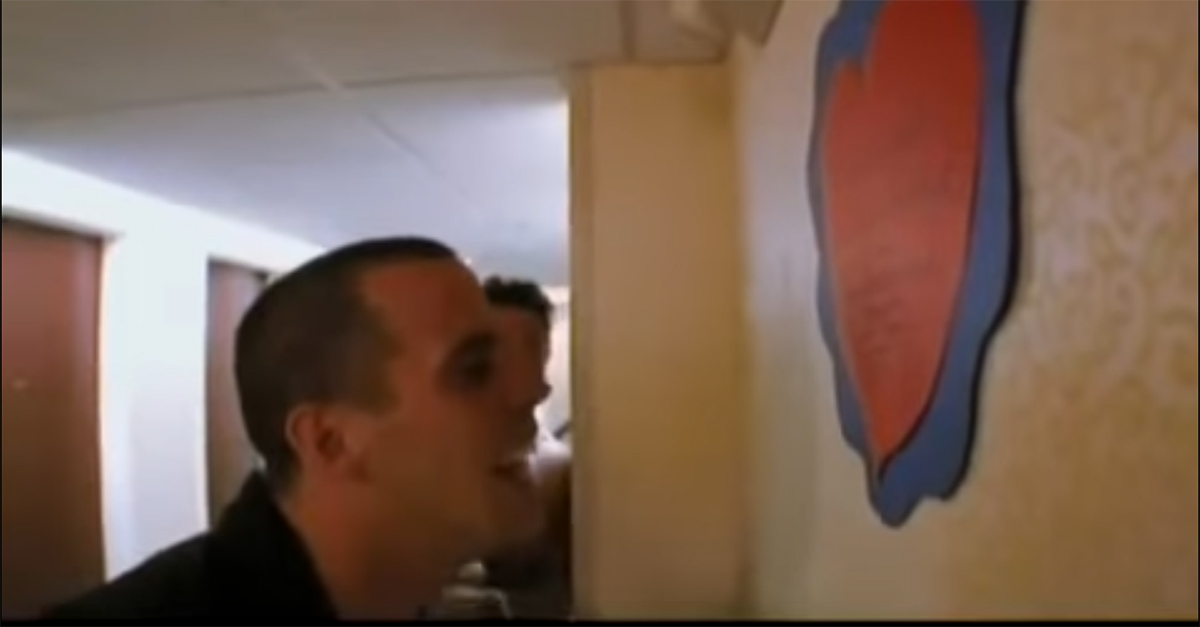 Since the show and movies are more than a decade old at this point, it’s now safe to say that the hooligans of “Jackass” managed to create some classic comedy. While a lot of it seems simplistic (and often gross), you shouldn’t underestimate how much goes into slapstick comedy; since the “Jackass” crew stopped filming, no one else has really been a worthy successor to their sort of jokes. While they are often remembered for their more elaborate set pieces, its the simple pranks that are often the funniest — case in point, the Valentine prank.

RELATED: Just in time for Valentine?s Day, this prankster shows us the best way to get a woman?s number is to bring all your friends

The joke, from the 2002 “Jackass” movie, is fairly elegant in its execution. A fake Valentine from an admirer is placed over a hole in the wall. While the writing on the paper heart starts off normally-sized, it gradually shrinks down, so the reader has to lean in to see what’s written. At that point, the person behind the wall pulls a lever, sending a boxing glove through the wall into the reader’s face.

How’s that for romance?