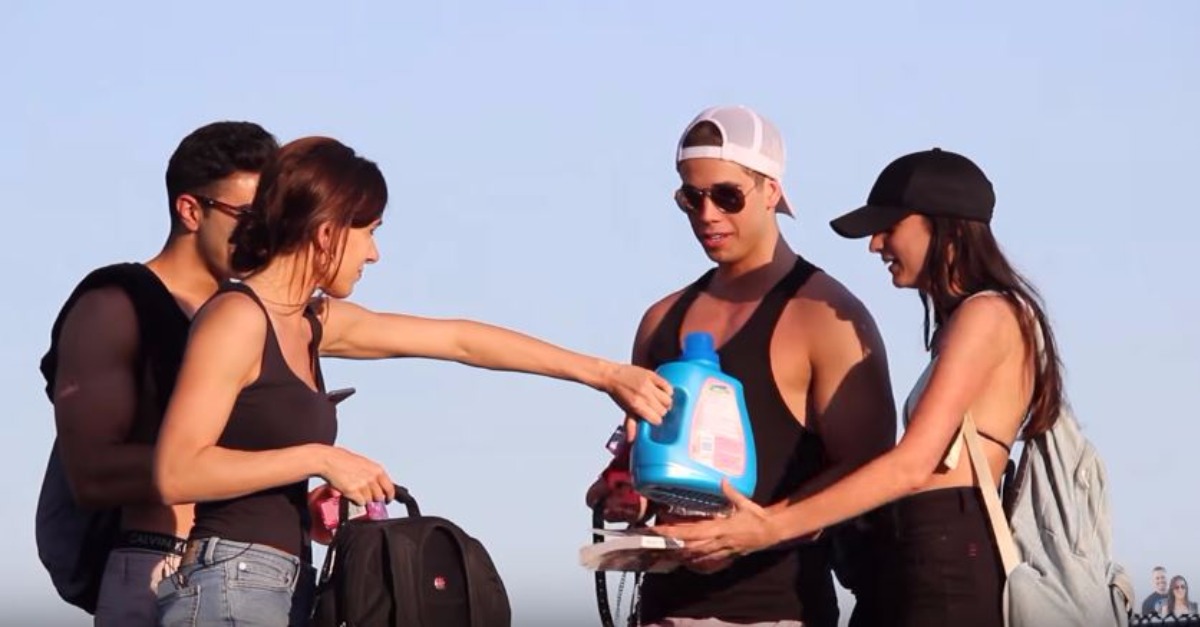 ButtingHeads uploaded a prank to its YouTube channel, and it’ll leave you doubling over in laughter at the awkwardness.

The prank features a man and woman unable separately asking strangers to hold their stuff because they can’t find an item of theirs, such as a phone or wallet. Each prankster takes items out of the backpack while trying to find the item, asking the strangers to hold them. The stuff the two pull out of their backpacks is naughty, though, and the strangers’ reactions are hilarious.

RELATED: This exploding guts prank is one of the grossest things you?ll see all week ? but at least it?s funny

Maybe think twice the next time a random person asks you to hold something for them.