As Drew Carey said: it’s always funny when it happens to somebody else.

On this episode from “Whose Line Is It Anyway?”, the cast was playing a game of “Party Quirks,” and it was down to just Ryan Stiles and Kathy Greenwood. Greenwood’s job was to guess the character that Stiles was playing, which was “Carol Channing whose head keeps getting stuck to things”.

Well, Greenwood couldn’t guess the character on the first few attempts, so Stiles attempted to help her by getting his head stuck to Carey’s desk.

You know, the desk lit with a neon light.

Stiles runs into the light, breaking it and potentially getting a brief shock. Being a professional, Stiles does his best to stay in character, even while making sure he doesn’t have any glass in his hair. Of course, everyone else finds this hysterically funny, with Carey even falling out of his chair to check on his friend.

“Please don’t make me run into anything else!”

RELATED: Robin Williams showed off his improv skills with this skit on “Whose Line”

Luckily he didn’t have to. What is funny, though, is that Stiles never appeared to be aware that there was a light on the front of the desk, even asking, “Was that lit?” as soon as the scene is over.

Good thing he wasn’t seriously hurt. RIP to the neon light, though. 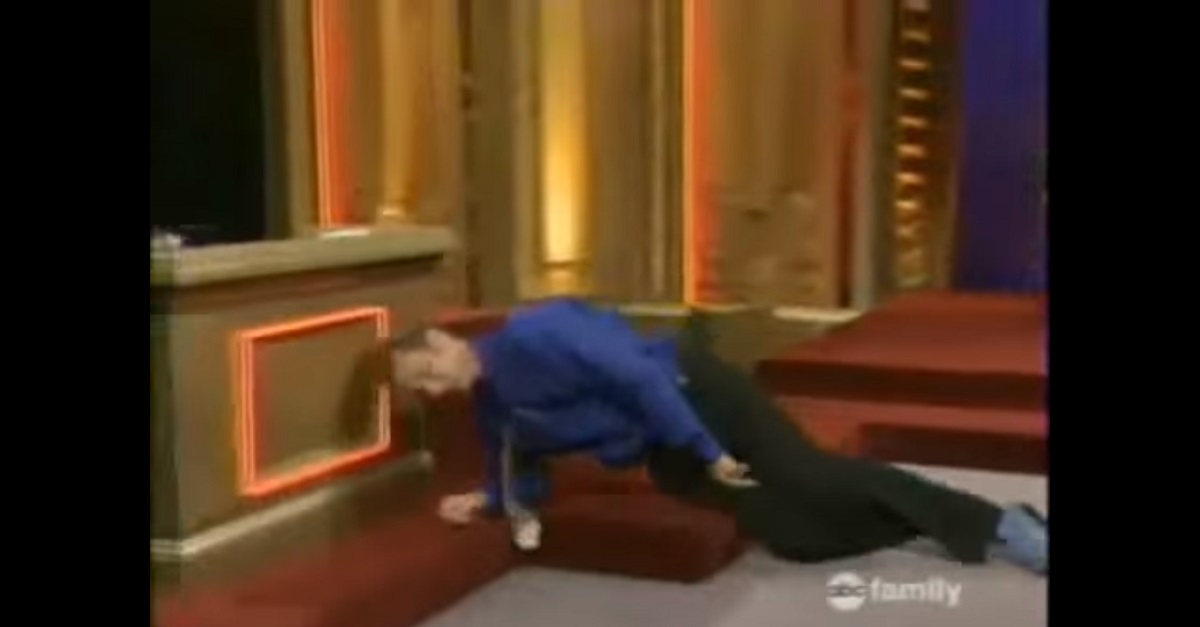