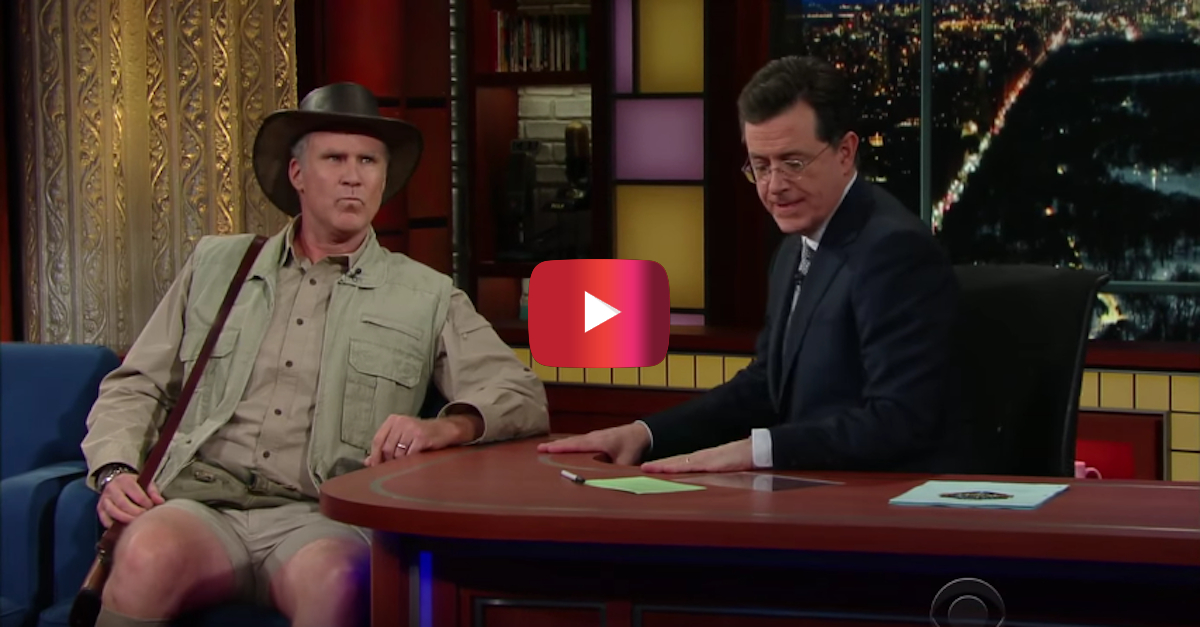 Will Ferrell is a pretty versatile funnyman who has played a variety of roles during throughout his career. He also plays a bunch of different roles when he goes on talk shows and late night shows like he did when he went on “The Late Show with Stephen Colbert” as an animal expert. He was supposed to be talking about “Zoolander 2,” but he so desperately wanted to fill the gap of the missing animal expert for Colbert’s show.

So instead of talking about working with Ben Stiller, Owen Wilson and Penelope Cruz, Ferrell totally butchered animal facts. He called a cat a mongoose and made a guinea pig sound much more dangerous than it could ever hope to be. He brings out a few more animals and continues the charade and it all ends with a little mouse named Peyton Manning.