Menu
Follow us
Search
Menu
Search
A broken window is seen at the Mandalay Bay resort and casino Monday, Oct. 2, 2017, on the Las Vegas Strip following a mass shooting at a music festival in Las Vegas. Authorities say Stephen Craig Paddock broke the window and began firing with a cache of weapons, killing dozens and injuring hundreds. (AP Photo/Chris Carlson)

Less than 48 hours after a mass shooting took the lives of 59 people in Las Vegas, Nev., the first look inside the room where the carnage originated from has leaked to the press. Jacqui Heinrich of Boston25News published photos on Tuesday morning that she alleges were taken inside 64-year-old Stephen Paddock’s hotel room.

One photo shows a long rifle, a hammer and dozens of shell casings strewn about the hotel room floor. A bipod and optic scope are shown attached to a weapon that matches the description of a rifle found in the hotel room. Different shell casings around the gun show how multiple weapons were used.

A second photo shows another long gun, also with an optic scope attached.

According to Heinrich, the photos show just two of the 23 guns discovered in Paddock’s hotel room.

Paddock reportedly took his own life as armed SWAT members tried to get inside his room. 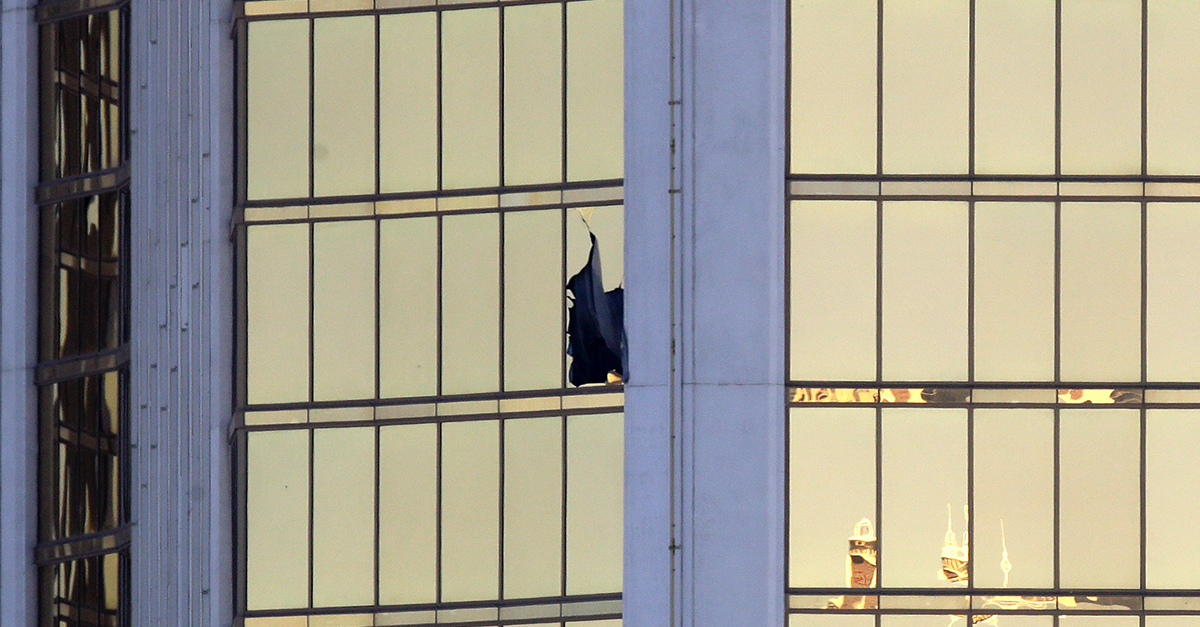