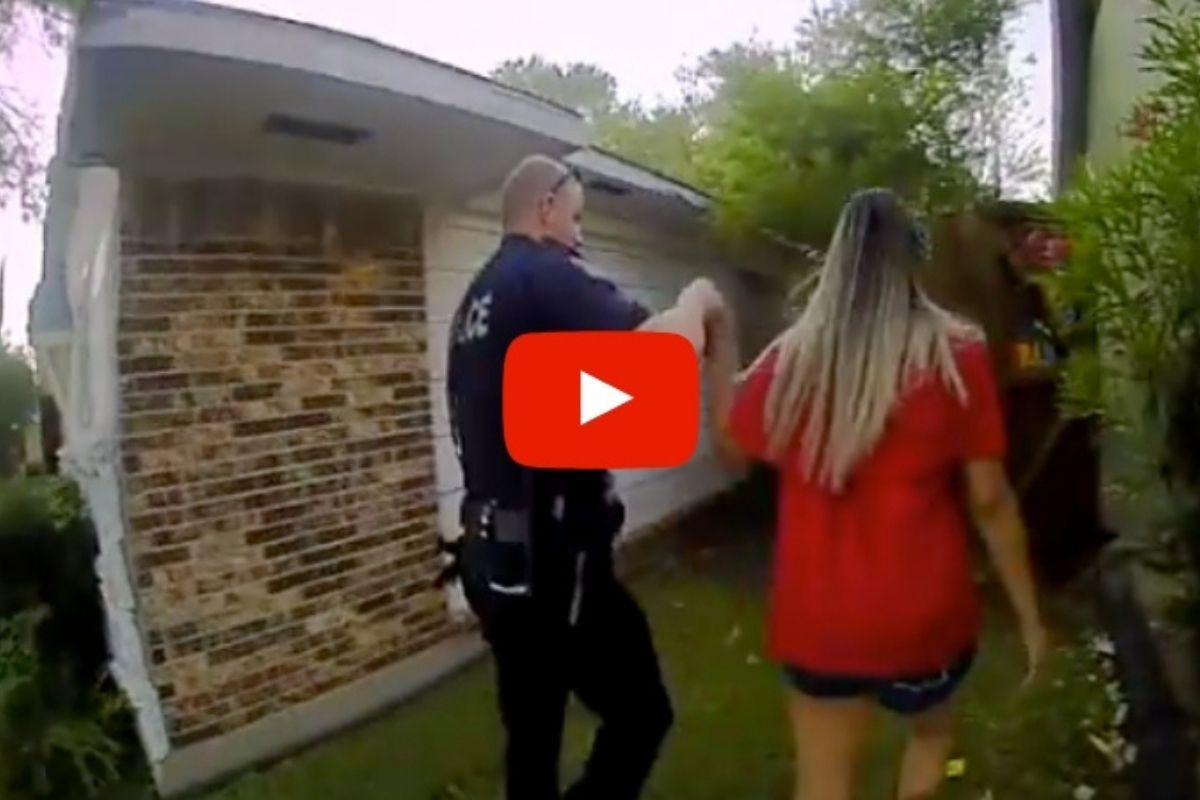 Talk about busting…some moves! Three police officers decided to dance along with guests, who were having a little bit too much fun. Some grumpy neighbors decided to call Carrollton Police officers, complaining about noise at a high school graduation party. So naturally, cops went to investigate the area, arriving at the home.

What cops didn’t expect was that the guests physically invited them in and started dancing with them. Body camera footage was released, showing the police officers entering the residence. A woman, who I’m going to go ahead and say she is Hispanic because of the music playing in the background, is shown guiding the officers inside the home. The officers are quickly greeted by family members of the graduate offering them food and drinks.

Time to Bust Some Moves!

At first, the Texas police officers didn’t exactly know how to respond to the guest but decided to cave and bust a move on the dance floor. One officer even grabs a woman’s hand and begins to dance, twisting her around in circles. Of course, the Carrollton Police Department posted the video on their Facebook page, because well, it just goes to show you that we shouldn’t take things too seriously.

The resident, Luis Diaz, commented on the Facebook post saying, “This is how CARROLLTON TEXAS POLICE DEPARTMENT treat Latinos 👍🏻I am very grateful with these great officers for allowing me to continue with my daughter graduation party last Saturday. Thank you so much :)” The post also got support with 400 positive comments about the police officers’ reactions to handling a noise complaint call.

As for the neighbors who called about the noise complaint, I hope they learned their lesson. Don’t mess with graduation parties, because the cops will just join along. Give this family a little break, they are celebrating their loved ones hard work. Don’t be jealous because you weren’t invited. The best part of this whole video is that even as they are leaving the party, one of the officers can be seen dancing as he makes his way to the car. This makes my heart happy. Give these officers a raise….and maybe some dance lessons? To serve, protect, and dance the night away!

Thanks to the Carrollton Police Department officers for setting the right example for all law enforcement out there!

Editor’s note: This article was originally published on July 2, 2019.