A Wisconsin man who stole a cache of firearms from a gun shop and sent a rambling anti-government manifesto to President Donald Trump before going on the run was sentenced to 14 years in federal prison on Wednesday, after a profanity-laced back and forth with the judge in which he asked to either be set free or killed.

Joseph Jakubowski, who was convicted in September on two weapons-related charges, told the judge he didn’t follow any rules or laws and had no intention of letting authorities know where to find 14 weapons, including a machine gun, that are still missing.

RELATED: President Trump just commuted his first sentence for a federal prisoner – here’s what we know

“Let me out, I’d do it again, because I don’t respect lies,” Jakubowski told the judge as he sat next to his attorney at the sentencing hearing. “I don’t care about your damn laws.”

U.S. District Judge William Conley said the severity of the crime, which put southeastern Wisconsin on edge during a 10-day manhunt, combined with Jakubowski’s unwillingness to show remorse and the ongoing threat the missing weapons pose led to the 14-year prison sentence. Jakubowski faced up to 20 years behind bars.

Scott Kuhl, owner of Armageddon Supplies, the Janesville shop that Jakubowski robbed, told the court that he hoped the missing weapons would be returned.

“You ain’t gettin ’em,” Jakubowski said. “That’s between me and you, me and government.”

Jakubowski, 33, argued during the sentencing hearing that he had a constitutional right to purchase firearms, even though he was prohibited due to a prior conviction for domestic violence. Had he been able to buy them legally, Jakubowski said he would not have stolen them. Jakubowski argued that even though he stole the weapons and issued an anti-government manifesto that included violent threats, he’s not a terrorist.

“Everybody is trying to make me out to be a nut,” he said.

The judge ordered mental health treatment as part of the sentence.

RELATED: A police officer’s good deed could have cost him his life — but a nearby woman with a gun stepped in

Jakubowski broke into the store on April 4 to steal 18 guns, two silencers and ammunition. He mailed the 160-page manifesto to Trump, burned his vehicle and went on the run.

Five guns and a silencer found in Jakubowski’s tent matched the weapons taken from Armageddon Supplies.

Jakubowski confessed during his trial and was found guilty by a jury of stealing firearms and silencers from a federally licensed firearms dealer, and being a felon in possession of those firearms and silencers. He told the judge Wednesday that he wrote the anti-government manifesto and robbed the store “to get you people to listen.” 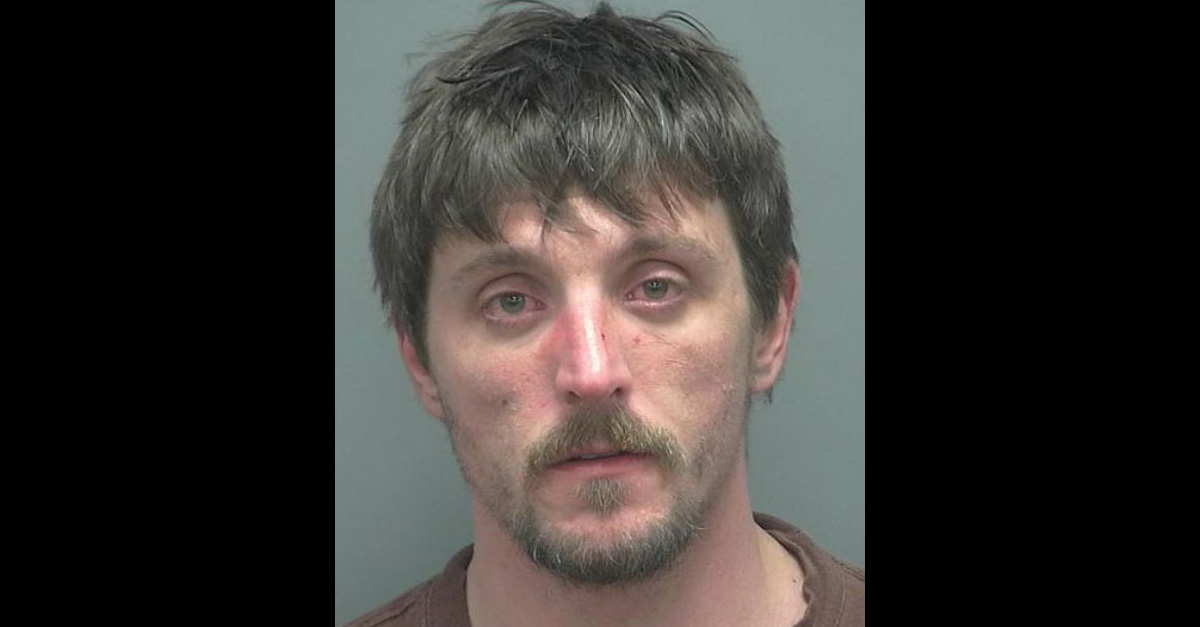