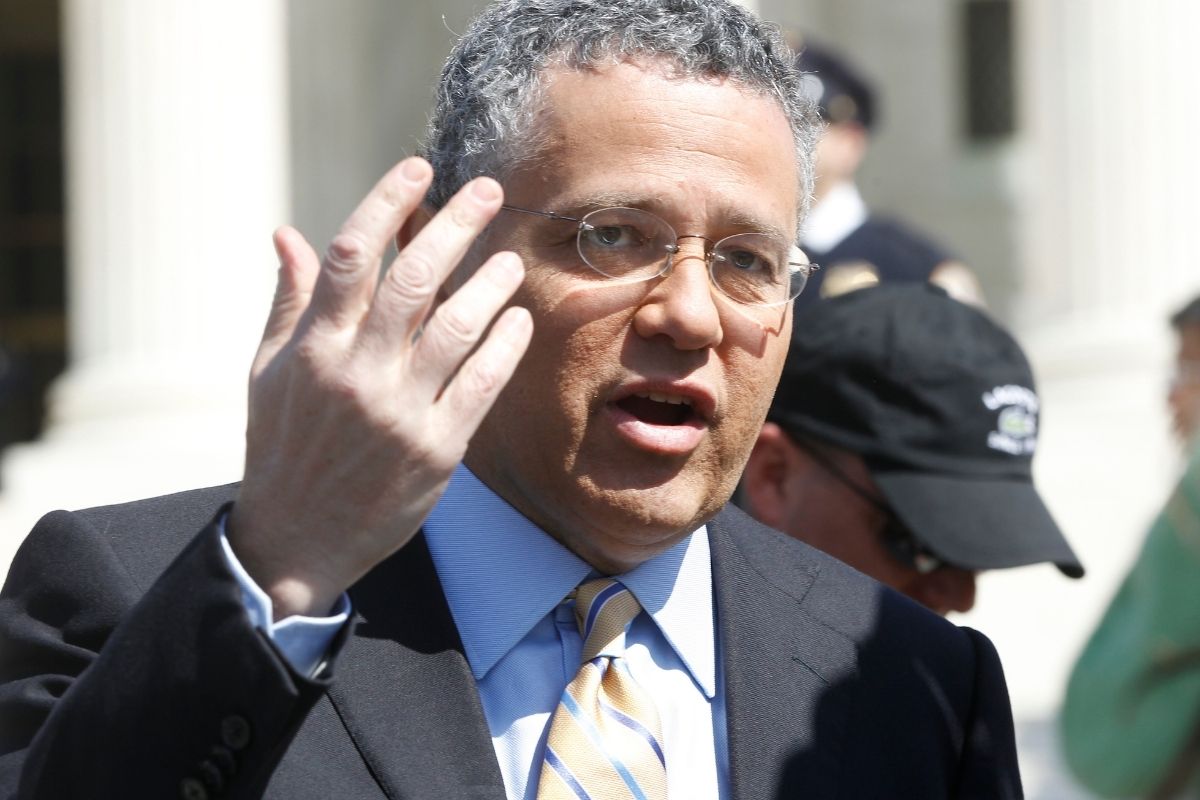 What an absolute nightmare. There will always be something embarrassing out there to read, but this year, everything, and I mean EVERYTHING, is getting exposed. Literally. Because the coronavirus pandemic has forced everyone to go online, extra precautions need to be taken when You’re on Zoom with your co-workers. And for CNN senior legal analyst and The New Yorker writer Jeffrey Toobin, it’s going to take a while for this one to blow over.

The New Yorker announced on Monday that they had suspended their staff writer, Jeff Toobin, after an apparent accidental incident that occurred over a Zoom call last week with the employees of the magazine and WNYC radio. According to Vice, the two were collaborating on producing The New Yorker’s magazine podcast, prepping to cover election night. They were simulating what could happen on the presidential election night, with employees and co-workers from both companies playing roles. Toobin was playing the role of the courts and Masha Gessen, another New Yorker writer, was playing the role of President Trump, and other roles included playing Joe Biden, “establishment Republicans,” “establishment Democrats,” and “the military,” according to Fox News.

While the call was in a pause for breakout discussions, Toobin reportedly assumed that he had muted his Zoom video and that no one on the Zoom meeting would see him, as he switched over to a second call that is the video-call equivalent of phone sex. According to two other people who were on the original Zoom call, asking to remain anonymous, everyone else continued on as if nothing was wrong while Toobin was masturbating during the 10-minute strategy session. And when Toobin rejoined, he also continued on like nothing happened, seemingly unaware that everyone had seen him take care of himself.

Gessen explained, “I am quite sure that Toobin didn’t realize that the people on the New Yorker call could see him. I suspect he thought that when the breakout rooms started, he was disconnected and he didn’t realize we’d all returned to a live camera.”

A spokesperson for The New Yorker said in a statement that Toobin “has been suspended while we investigate the matter,” and Toobin himself has said, “I made an embarrassingly stupid mistake, believing I was off-camera. I apologize to my wife, family, friends, and co-workers,” adding, “I thought I had muted the Zoom video,” he added. “I thought no one on the Zoom call could see me.”

A statement from CNN to the Washington Post said about their chief legal analyst, Jeff Toobin has asked for some time off while he deals with a personal issue, which we have granted,” but a CNN spokesperson to personally talk to has not been able to be reached.

The 60-year-old has been working for The New Yorker for over 25 years and has been working for CNN since 2002. He is the author of several books including, The Oath: The Obama White House and the Supreme Court, The Nine: Inside the Secret World of the Supreme Court, Too Close to Call, and The Run of His Life: The People v. O.J. Simpson, which was turned into the FX series American Crime Story: The People vs. O.J. Simpson. He’s also authored True Crimes and Misdemeanors: The Investigation of Donald Trump, which is his latest book.

True Crimes and Misdemeanors: The Investigation of Donald Trump on Amazon: