Meteorologist Claps Back at Body-Shamers in The Most Epic Way! 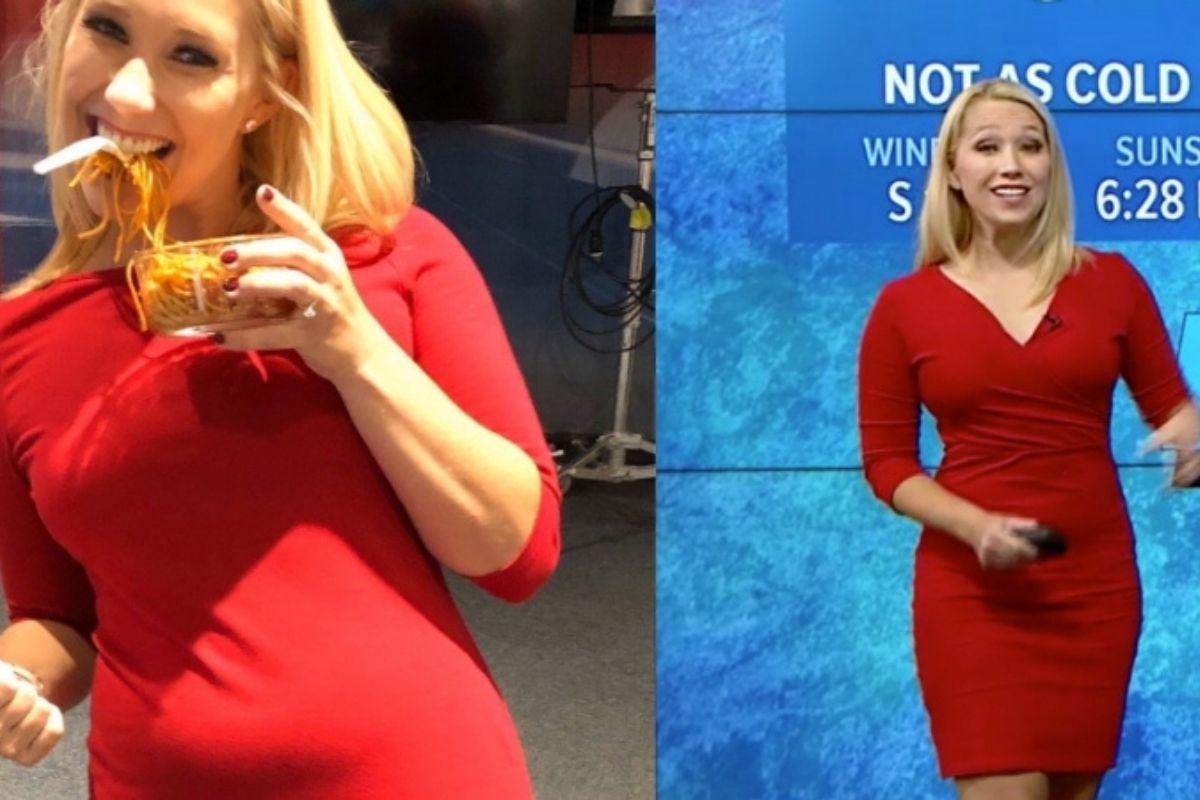 It looks like this meteorologist was not having it after a body shamer decided to come at her by telling her she needed to lose some weight. The St. Louis meteorologist said someone messaged saying, ?Do you ever watch yourself giving the weather report? Seems that you need a girdle for the stomach overhang which shortens the front of your dresses! Today was not the first time I have noticed this. Maybe you should wear a top that covers the bulge in your stomach.?

Tracy Hinson decided to respond to the body shamer in the perfect way, saying that she does watch her air checks and she will not be strapping herself into a griddle anytime soon. Using the hashtag #nomorefatshaming, she commented, “NO I will not be strapping myself into a girdle because you don?t like my belly. I like pasta, bread and cheese too much to obsess over my weight. I like my body and that?s all that really matters.”

Dear Mary, yes I do watch my air checks. NO I will not be strapping myself into a girdle because you don’t like my belly. I like pasta, bread and cheese too much to obsess over my weight. I like my body and that’s all that really matters. ❤️ Tracy #nomorefatshaming pic.twitter.com/awQ0Rh7qMd

Twitter obviously went wild with her response, praising the meteorologist for staying true to herself on and off-air, and for sharing the picture of her eating a bowl of spaghetti giving the troll a taste of her own medicine. Because well, spaghetti is pretty great.

This isn’t the first time a meteorologist decides to clap back at their trolls. Ashlee Baracy, from WBNS in Columbus, Ohio decided to take action after she was being shamed for being pregnant on TV. Yes, pregnant. Baracy’s pregnancy got off to a rocky start when she was criticized by a woman for her pregnant physique. After announcing she was expecting later this year during a newscast in February, several emails and messages on social media came in, which pointed out her growing belly.

One message read, ?Pregnant or not, buy bigger clothes!!! You look bloated and uncomfortable ? it is not likely your dressed will survive another 20 weeks of pregnancy weight.? One rude viewer even commented that they couldn’t see next week’s temperatures because of Baracy’s stomach, warning her about heart issues as her weight increased.

The soon to be mom, who was a former beauty pageant constant and was named Miss Michigan in 2008, decided to take the matter into her own hands. She decided to post more vicious and personal messages to showcase how much hate she was receiving for only trying to start a family and to spark a discussion about body image.

Although we all know that trolls will be trolls and they will probably never stop doing it because they think they are protected by a screen, it’s good to have women like Baracy and Hinson who fight back by exposing those who try to bully their way inside people’s minds.

Listen, as someone who used to work on the newscast as a size 10, I can tell you that these comments are useless and only make you look bad. Not us. Why? Because we pass them around through our emails and make fun of you for being a lousy human being for criticizing someone for doing their job, but you still watch us every morning.

The amount of pressure women go through every day to please the audience is way more than you would think. If a woman wants to be a size 2 or a size 10 and eat some spaghetti, all while trying to be a meteorologist or news anchor, then let her be a size 2 or 10. If she wants to be a meteorologist and decides to get pregnant, then let her and be quiet, because she is creating a miracle in her stomach.

If you don’t like the way your meteorologist looks, maybe you should apply to your local newscast and see if they give you a job because you’re clearly the perfect candidate for it, looks-wise, and professionally wise. Forget the four years of Journalism School and that Atmospheric Science and Meteorology Graduate Program that roughly takes two years. All you need is to be a size 0.

Next time you decide to judge someone for how they look, remember that you are criticizing someone’s mother, sister, daughter, wife, niece, and friend. You wouldn’t like someone to judge your daughter for her appearance, let alone do it publicly. So why would you judge a stranger in the first place?

Editors Note: This article was originally published on October 14, 2019.