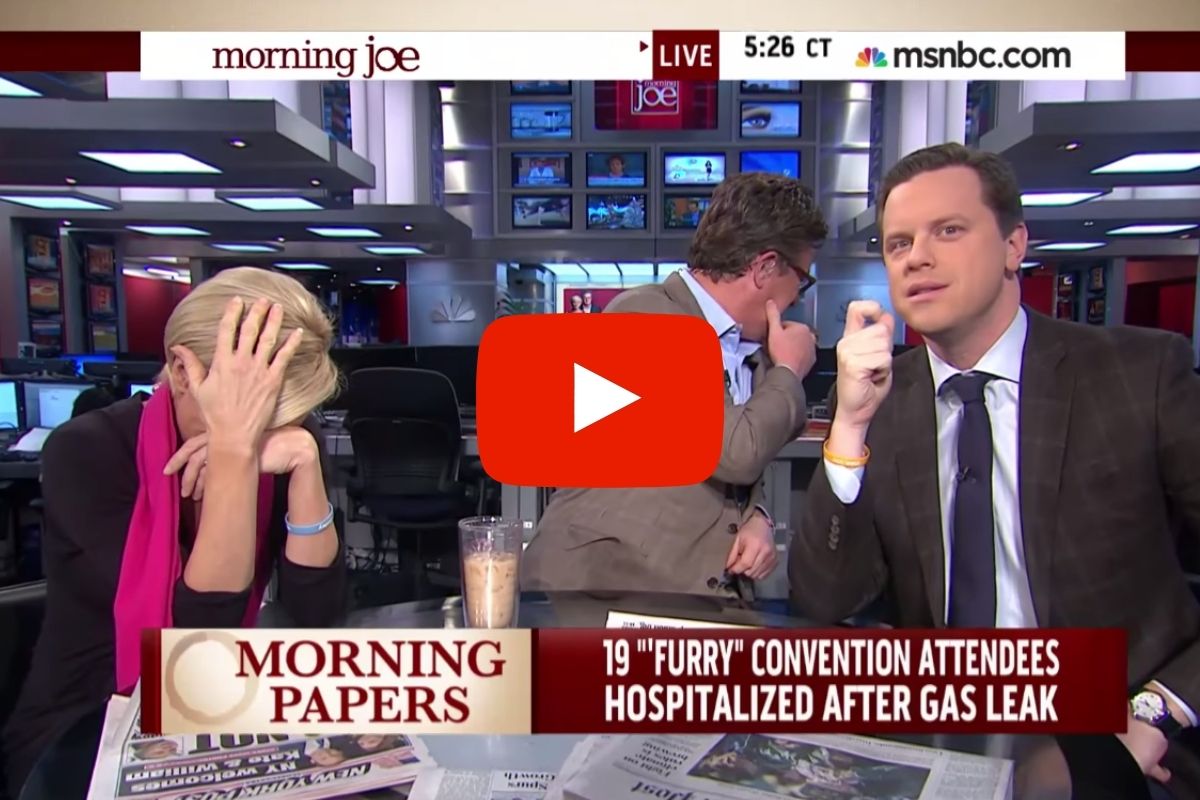 Oh man, I have to admit that I am with a news anchor on this one, I couldn’t stop laughing after watching the video. It’s safe to say that people like to partake in strange events, especially if it involves a group following. You have your anime followers, your Marvel followers, your music followers, and apparently, now there are furry followers. Yes, the furry fandom. In case you don’t know what I’m talking about, it basically involves a group of people getting together while wearing furry costumes. Don’t ask me to tell you anything else about it because I have no idea what it’s about, this is my first time hearing about it too. But hey, I’m not judging, you like what you like. If you want to dress up as animal characters, then go for it!

Anyway, this news anchor did not know what she was in for when she began to read the story. You know how they say, news anchors always have to show no emotion to make sure they stay professional? Well, this wasn’t the case. Let’s face it, news anchors are human too, and when Mika Brzezinski learned what a furry party was she couldn’t control herself.

News Anchor Realizes What a “Furry Convention” Is

On MSNBC’s Morning Joe, host Brzezinski could not contain herself while reporting about a possible chlorine gas leak at a furry convention center in Illinois. Apparently, there were 19 ?Furry? Convention attendees hospitalized after a gas leak. Which yes, it’s, of course, is no joking matter. But, she stumbled over the report as she heard the news about the Midwest furfest, confused as to what exactly it was.

That?s when her co-host tells her that it was basically people who like to dress up as anthropomorphic animals or animal costumes, to which she burst out laughing. So yes, basically a furcon full of people in fursuits. A wonderful furry community. Not only that, but this poor woman couldn’t control it any longer, and she literally ran offset because she couldn’t finish the report. Can you blame her? I would have done the same thing if I was reading that story. Who in the world thinks of these gatherings!? Serious question. I would have never guessed there was a Midwest furry fandom, let alone with convention-goers that dress up as animal characters. Luckily, Brzezinski eventually made it back to the desk, but not before a good belly laugh thanks to the Anthrocon. Ah, You gotta love live news!