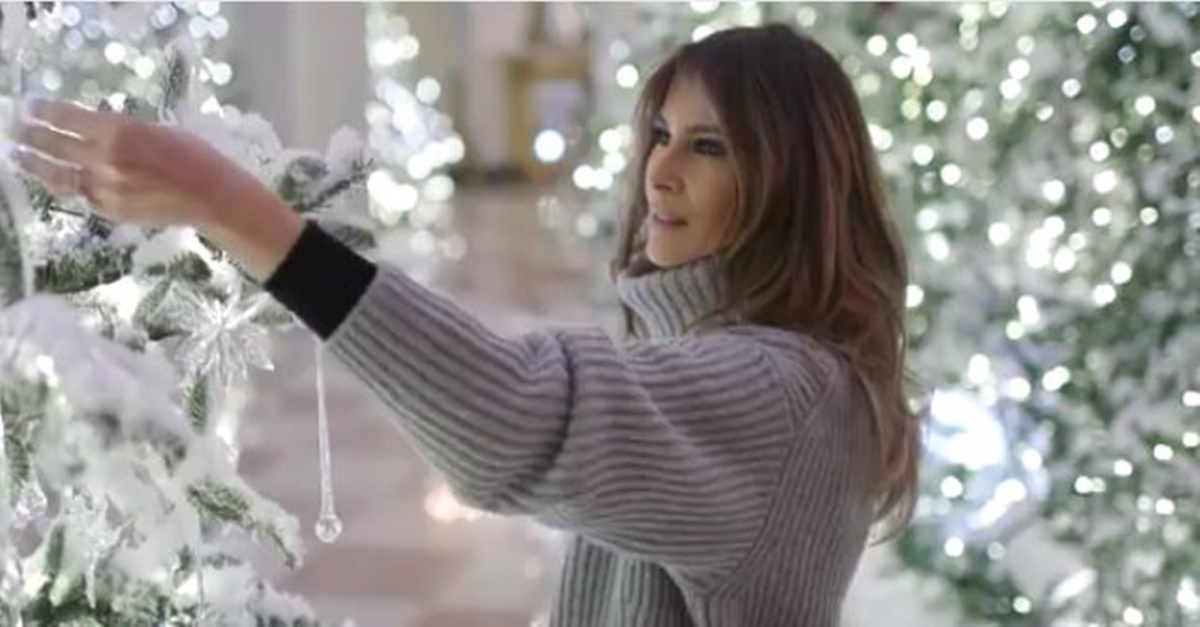 She’s more than just the woman on the president’s arm. The First Lady of the United States has her own set of cultural and ceremonial responsibilities.

From Martha Washington to Melania Trump, America’s first ladies have been almost as high-profile as the presidents. Here are some of their unofficial duties throughout history.

1. Hostess with the mostest

The first ladies are often the ones who host White House guests, including heads of state and other dignitaries.

Some of their hostessing abilities are legendary. Per the Smithsonian, Martha Washington set the standard with her weekly dinner parties, while Julia Grant, wife of Ulysses S. Grant, “created goodwill” by throwing an evening reception for a delegation of Native Americans.

And Nancy Reagan became a bit of a diplomat when she hosted Mikhail and Raisa Gorbachev at a 1987 state dinner.

Many presidents’ wives have been fashion icons of their times. Take Jacqueline Kennedy, who’s often regarded as one of the most stylish first ladies.

And Melania Trump was a model, first in her native Slovenia and then throughout Europe and the United States, before she married her famous husband. Her fashion choices during her time as first lady are on their way to becoming iconic.

First ladies use their fame to put friendly, familiar faces to their administrations.

As part of her anti-bullying platform, Melania Trump encourages America’s young people to “choose kindness.” But it was Dolley Madison who truly set the precedent. Her “good heart,” desire to please, and ability to remember everybody’s name prompted Speaker of the House Henry Clay to say, “Everybody loves Mrs. Madison.” And her reply? “Mrs. Madison loves everybody,” according to Humanities magazine.

In fact, Dolley Madison is often credited with turning the position of First Lady of the United States into what it is today — the White House’s “charismatic figure.” According to legend, she was also the first lady to be called by that title; President Zachary Taylor apparently coined the phrase at her funeral in 1849.

4. Women on a mission

Modern first ladies want their time in the position to mean something, so they take on purposeful projects.

During World War II, many Americans planted “victory gardens” so commercially grown crops could be sent to the troops. Eleanor Roosevelt followed suit, creating her own little victory garden on the White House’s lawn (much to the Department of Agriculture’s chagrin).

Michelle Obama also started a vegetable garden at the White House as part of her initiative to encourage children to make healthier food choices.

The first lady is a role model for girls and young women across the country. And some of them go on to pursue leadership positions of their own.

After President Bill Clinton’s second term, first lady Hillary Clinton served as a senator from New York, then as Secretary of State under President Barack Obama. She was the Democratic Party’s candidate for president in 2016, making her the first woman to top a major party’s presidential ticket.