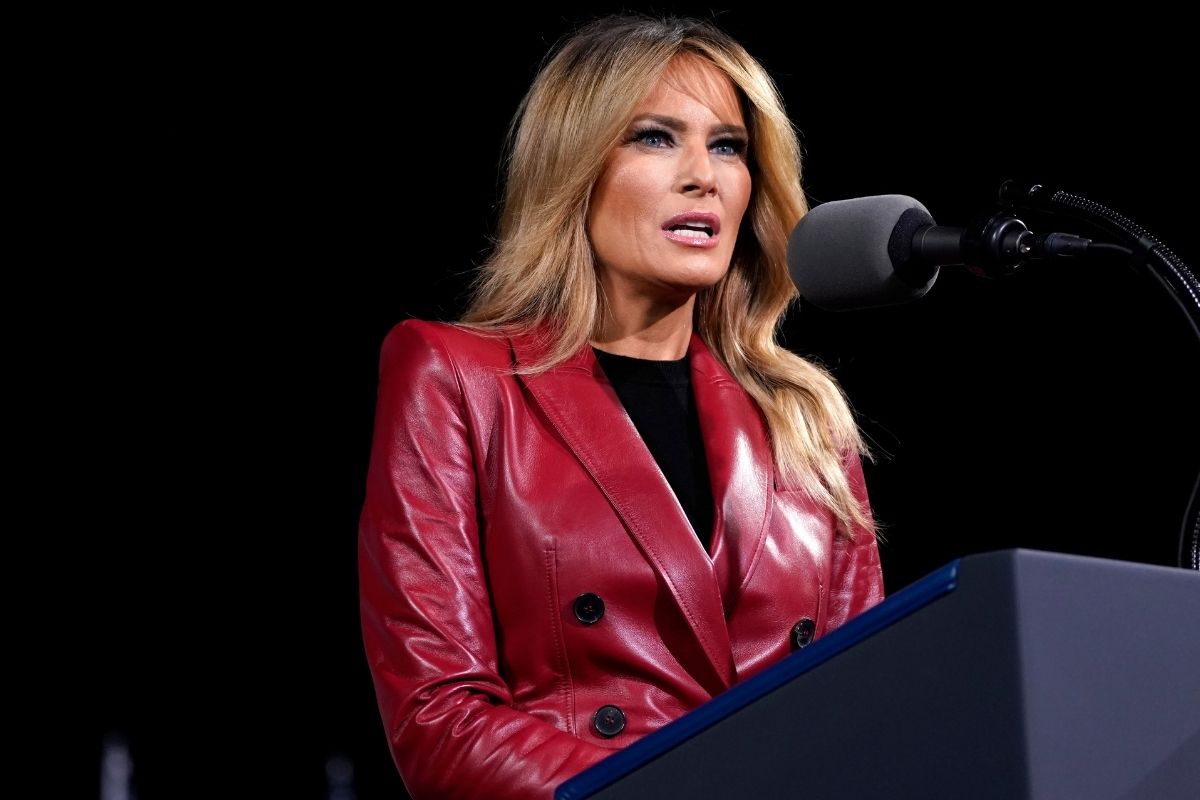 The First Lady of the United States, Melania Trump, has commented on the riots that happened at the U.S. Capitol building in Washington, D.C., last Wednesday, on January 6, 2021. The wife of President Donald Trump, who is widely accused of inciting the protest via his social media presence, explained how she was “disappointed and disheartened,” calling on Americans to “heal in a civil manner.”

In her first statement since the rioters were storming the nation’s capitol building, the First Lady said her heart goes out to the five people who reportedly died that day, sending her condolences to them including U.S. Capitol Police officer Brian Sicknick and pro-Trump Air Force veteran Ashli Babbitt. She wrote,

“I am disappointed and disheartened with what happened last week. I find it shameful that surrounding these tragic events there has been salacious gossip, unwarranted personal attacks, and false misleading accusations on me—from people who are looking to be relevant and have an agenda. This time is solely about healing our country and its citizens. It should not be used for personal gain. Our nation must heal in a civil manner. Make no mistake about it, I absolutely condemn the violence that has occurred on our nation’s Capitol. Violence is never acceptable.”

She also added that Americans have the freedom to express their perspectives without prosecution, calling on people to “take a moment, pause, and look at things from all perspectives.” She also mentioned how she was honored to serves as the First Lady, thanking those who supported her and President Trump. She said,

“I implore people to stop the violence, never make assumptions based on the color of a person’s skin, or use differing political ideologies as a basis for aggression and viciousness. We must listen to one another, focus on what unites us, and rise above what divides us. It is inspiring to see that so many have found a passion and enthusiasm in participating in an election, but we must not allow that passion to turn to violence. Our path forward is to come together, find our commonalities, and be the kind and strong people that I know we are. Our country’s strength and character have revealed themselves in the communities that have been impacted by natural disasters and throughout this terrible pandemic that has affected all of us. The common thread in all of these challenging situations is Americans’ unwavering resolve to help one another. Your compassion has shown the true spirit of our country. Most importantly, I ask for healing, grace, understanding, and peace for our great nation. Every day let us remember that we are one nation under God. God bless you all and God bless the United States of America.”

Her comments came in just in time as House Democrats are preparing for Republican President Trump’s impeachment and as many others called for the enactment of the 25th Amendment. The storming of the Senate chamber at the U.S. Capitol by Trump supporters had forced lawmakers to take shelter in the process of certifying the electoral college votes that put now President-Elect Joe Biden and Vice President Kamala Harris in the White House.