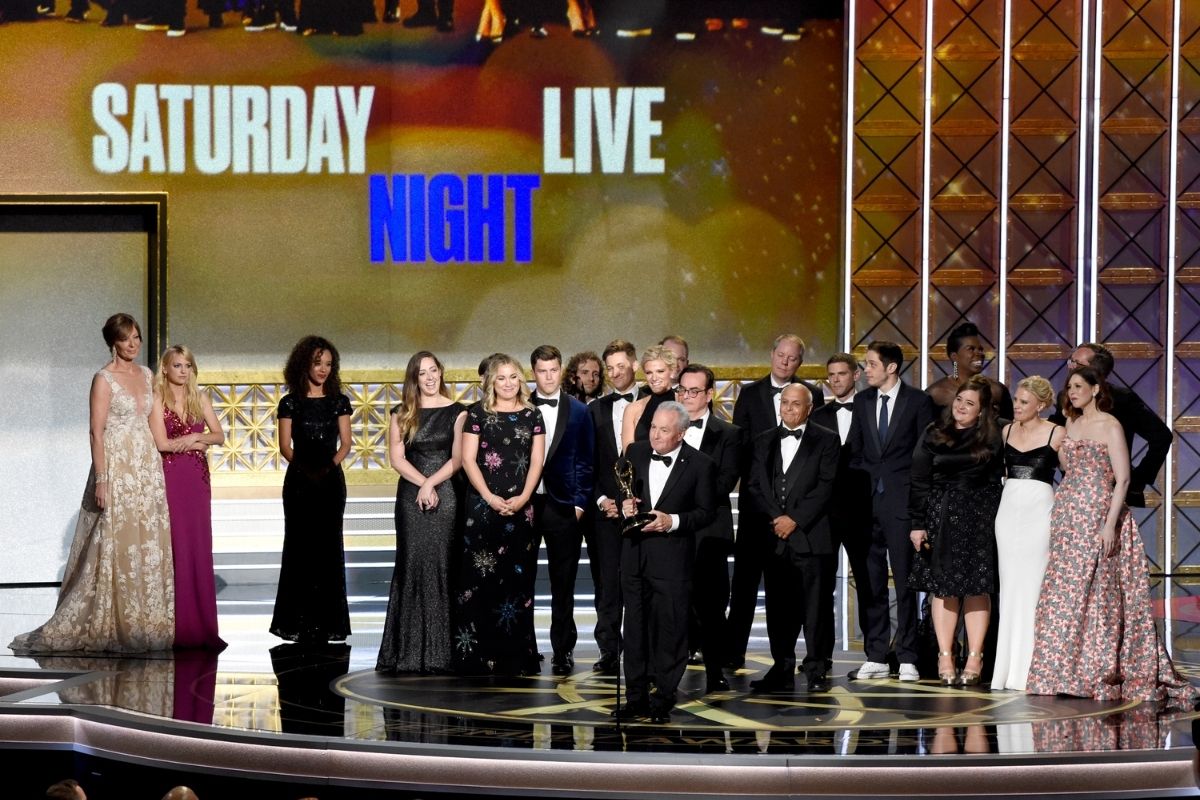 Saturday Night Live is more than just an NBC sketch comedy show; it’s a cultural institution. Founded by Lorne Michaels in 1975, the original cast included Dan Aykroyd, John Belushi, Chevy Chase. (Bill Murray was added following the first season.) Americans instantly connected with the unpredictable bunch of colorful comedians and throughout the 1970s and 1980s, Saturday Night Live became a generational hit. During that era, the cast was also known for their extreme, hard-partying habits. For decades, 30 Rock was a cocaine-fueled comic powerhouse. But the show cleaned up its act. Gone are the days of messy drug binges and incestuous backstage relationships (that we know of). With Michaels running a tight ship, the show now functions more like a family tradition. It’s not always hilarious, but it’s SNL. So if like me, you are a lonely but proud SNL die-hard returning weekly, you might have wondered a few things.

1) Why is Kenan Thompson still here?
2) Why aren’t they fully utilizing Kyle Mooney?
3) How much do SNL cast members really make? (The only question with an actual answer.)

Of course, there are outliers. At the height of his Saturday Night Live career, Will Ferrell earned $17,500 per episode, which was a record at the time. And it’s important to remember that while some players are solely performers, many SNL comedians have also worked in the writer’s room. Weekend Update hosts Colin Jost and Michael Che are the show’s current head writers. Jost earns a reported $25,000 per episode. So does Kenan Thompson, as he continues the show’s longest employment streak: 16 seasons and counting.

And then there is the myriad of other celebrity appearances. Alec Baldwin makes $1,400 to appear as Donald Trump during the cold opens — a gig which he will (hopefully) say goodbye to very soon. Hosts may make up to $5,000 for their stand-up monologues and weekly feature, as Justin Timberlake revealed to Entertainment Tonight. And as of the Covid pandemic, it seems the staff at 30 Rock increases every Saturday night: SNL now pays live audience members $150 to attend the show. (This skirts the New York City health guidelines which state that only employees can make up a live audience.)

So it seems that SNL salaries pale in comparison to actors’ on other network sitcoms and TV shows. Yet even in 2020, getting on Saturday Night Live remains the dream for most young comedians. Take a look below to remember why.

As a new cast member, Chloe Fineman instantly made her mark with an incredible range of spot-on impersonations.

​I don’t care what anyone says about Pete Davidson… he is hysterical and cute.

Even in an at-home skit, Aidy Bryant is adorable.