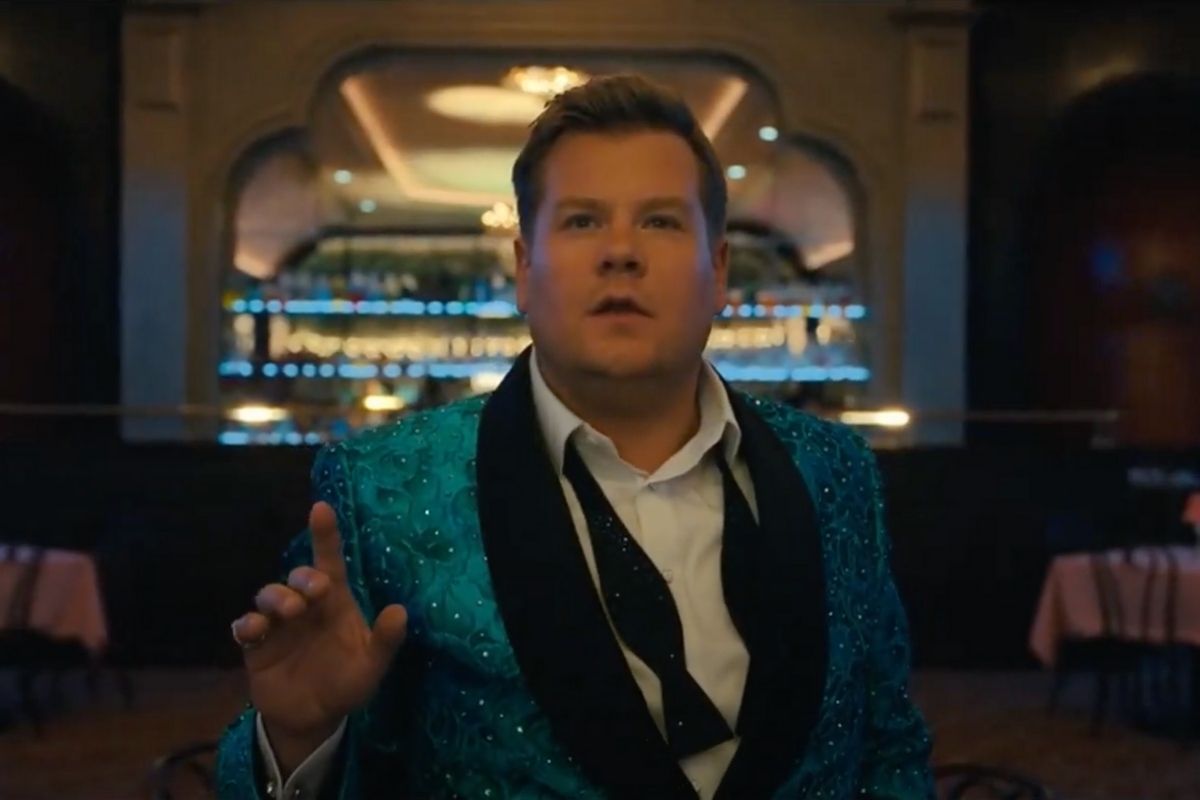 Golden Globe nominations are out… and people are pissed off. Amongst the annual cries of surprises and snubs, one nomination, in particular, is causing a social media stir: James Corden, earning a Best Actor nod for his role in the Netflix musical, The Prom. Even before the Golden Globe nominees were announced, Corden’s Prom performance garnered some seriously troubling press. Within the campy confines of this Ryan Murphy film, Corden’s flamboyant portrayal of Broadway star Barry Glickman inarguably leaned hard on gay stereotypes. Many viewers found his rendition downright offensive. But now that Corden has earned awards recognition, the critics are more vocal than ever.

James Corden in ‘The Prom’

Due to the pandemic, The Prom was released directly to Netflix in December 2020. The Ryan Murphy-helmed musical boasted an impressive core cast: Meryl Streep, Nicole Kidman, James Corden, and Kerry Washington to name just a few. The premise sounded similarly charming. In a fictional Indiana town, the high school PTA president (Washington) cancels the prom on account of a lesbian couple that plans to attend. When washed-up Broadway stars (Streep, Corden, and Kidman) hear about the homophobic travesty, they travel from New York City to Indiana planning to protest the decision. Colorful song and dance numbers ensue.

James Corden getting nominated as a straight guy playing a gay guy in a critically panned, vampish, stereotypical, borderline offensive portrayal that nearly wrecked the whole musical is proof that there's no justice.

The lead character of Barry Glickman, a narcissistic actor, felt fairly two-dimensional to most Prom viewers. Of course, that seems predictable in a poppy musical. The Broadway diva is well-trodden territory, and that unoriginality is part of the reason The Prom was almost universally panned. But the underwritten role of Barry Glickman was not certainly not helped by James Corden‘s predictably hammy and stereotypically “gay man” performance. After watching The Prom, many LGBTQ+ viewers took to Twitter to deride Corden’s reductive interpretation. Corden’s overly effeminate tactics only drew extra attention to another uncomfortable fact: that the Late Late Show host is obviously straight. The result played as entirely inauthentic, especially considering Barry Glickman’s narrative arc dominates an ensemble comedy centered around the story of two young lesbians.

Reflecting on the Golden Globes Nominations

James Corden was nominated for Best Actor in a Motion Picture – Musical or Comedy, along with Sacha Baron Cohen for Borat Subsequent Moviefilm, Lin-Manuel Miranda for Disney’s Hamilton, Dev Patel for The Personal History of David Copperfield, and Andy Samberg for Palm Springs. (Personally, my money is on Cohen.) For Corden particularly, the nomination stands as part of a long cultural tradition in which straight actors playing gay are rewarded by the Hollywood establishment. For example, Tom Hanks in Philadelphia or Jake Gyllenhaal and Heath Ledger in Brokeback Mountain. Additionally, even those who enjoyed The Prom were shocked to see Corden recognized over venerated co-star Meryl Streep.

But the decision to praise James Corden’s turn in The Prom is not all that’s sparked industry outrage today. With objectively cheesy television series like Emily in Paris receiving recognition (for a more interesting Lily Collins performance, check out Mank on Netflix), many people were shocked to see Michaela Coel’s boundary-pushing HBO series I May Destroy You snubbed. Then again, the Hollywood Foreign Press Association did make one step toward diversity. This year’s Best Director category includes three women: Regina King for One Night in Miami, Emerald Fennell for Promising Young Woman, and Chloe Zhao for Nomadland. But that accomplishment has generally been overshadowed by widespread outrage over the nomination of James Corden.