Man Saves Police Officer From Burning Car, Despite Being Wronged By Law Enforcement 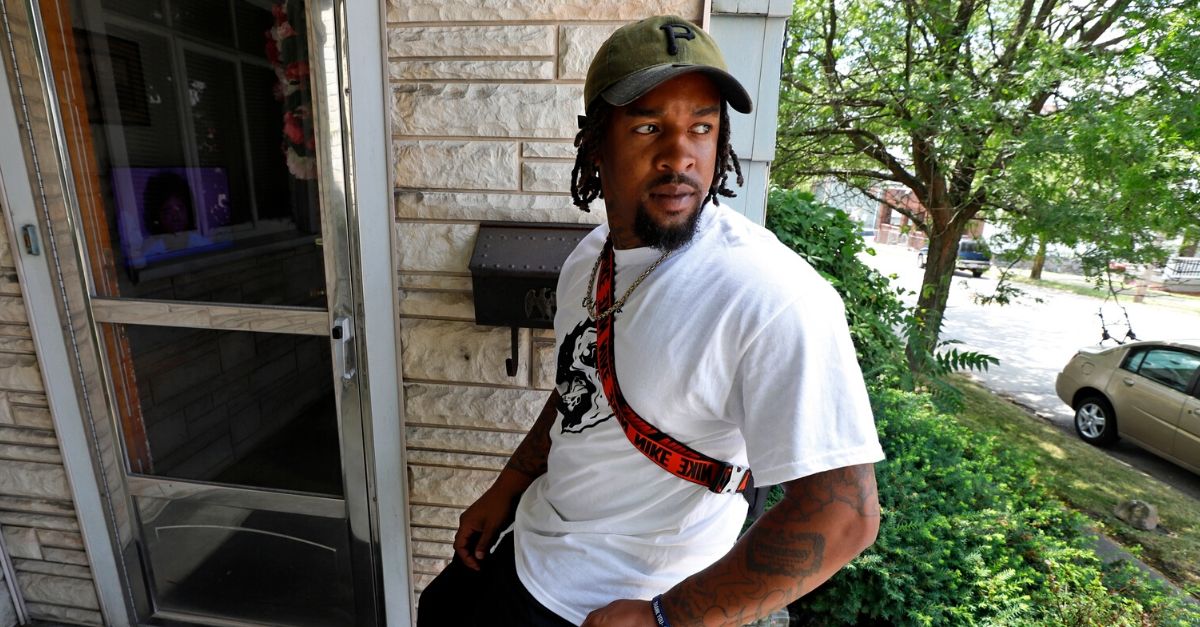 Tensions have been high across the United States following the protests over police brutality and racism, after the death of George Floyd in Minneapolis highlighted the struggle to establish trust between law enforcement officers and their respective communities. However, for Daylan McLee, the situation he found himself in had less to do with decisions and more to do with saving a life.

On a Sunday evening in Uniontown, Pennsylvania, a city 45 miles outside of Pittsburgh, 31-year-old Daylan McLee thought he felt a small earthquake, when a relative told him otherwise. A police cruiser outside his apartment had been involved in a car crash that set the patrol car in flames.

McLee didn’t even think twice before he ran outside and pulled the Officer Jay Hanley from his burning car, right before the flames reached the police officer. Officer Hanley underwent surgery in a hospital in West Virginia for a serious leg injury from the crash and is already recovering, and his colleagues and family have credited McLee with saving the officer’s life.

McLee commented, “I don’t know what came across me, but I ripped the door open and just pulled him to safety across the street.” He said that Officer Hanley’s sister also called him to personally express her gratitude and that it never crossed his mind to hesitate help save another human being’s life, despite his previous interactions with law enforcement.

“No. There is value in every human life. We are all children of God and I can’t imagine just watching anyone burn. No matter what other people have done to me, or other officers, I thought, ‘this guy deserves to make it home safely to his family.'”

Daylan McLee says when he saw a Uniontown officer pinned inside a burning police cruiser Father’s Day he thought, “I know this man is my brother through Christ and I couldn’t leave him behind.” He is credited with saving the officer’s life. A hero’s message @KDKA Tonight. pic.twitter.com/xoXlXXnWhy

Back in 2018, McLee filed a lawsuit for wrongful arrest against four Pennsylvania State Police Troopers, after spending a year in jail in March 2016. In Dunbar, Pennsylvania, McLee had responded to his sister’s urgent call for a ride home from an American Legion bar, after a fight broke out. However, when McLee arrived to pick up his sister, a man in the parking lot had a gun.

McLee disarmed the man and immediately threw the gun aside. However, when the state troopers arrived on the scene, one trooper fired shots, causing McLee to flee. The trooper claimed that McLee had pointed a gun at him twice, but security footage showed otherwise. The video showed McLee disarming the man and discarding the gun by tossing aside, eventually fleeing after when shots were beginning to fire. After wrongfully losing a year of his in jail, he was finally released when a jury acquitted him after seeing the security footage. But that wasn’t the last time McLee would have a run-in with law enforcement.

A few months ago, McLee was at a porch gathering when officers in plain clothes and vests pulled up with guns out. Not knowing they were initially police, he started running, but stopped to put his hands behind his head when they revealed they were officers. Nevertheless, he was charged with feeling and resisting arrest, and said one of the officers kicked his face, resulting in splitting his lip. Luckily, it was caught on a security camera, which will help his plans to fight the charges.

Out of everything, McLee wanted to stress forgiveness. Setting an example for his 13-year-old son, Avian, he wants to emphasize not judging people by generalizations such as the color of the skin or the career they hold, but rather holding each individual to who he or she is. He refuses to blame every police officer for all the bad interactions he’s already encountered.

“We need to work on our humanity… that’s the main problem of this world. We’re stuck on how to get up or to get even, and that is not how I was raised to be. You learn, you live, you move on and I was always taught to forgive big. You can’t base every day of your life off of one interaction you have with one individual.”

McLee realized that he recognized Officer Hanley three weeks prior to the crash. “I realized after, that I’d seen him. He speaks to people; he says hello; he isn’t an officer that harasses anybody. He commented to me about the heat was coming for us,” he said.

McLee’s lawyer Alec Wright commented, unsurprised by his client’s eagerness, “Over the course of his life, Daylan McLee has had multiple, unjustified encounters with police officers just because of the color of his skin. Those encounters make him the perfect candidate to hate and resent the police. But, that is not Daylan… The answer is not to disregard human life; the answer is to accept it for all that it is. That is Daylan.”

McLee added, “I don’t want to be called a hero. I just want to be known as an individual who is an upstanding man. No matter… what or where, just an upstanding person. And I hope [the trooper] sees this and knows he’s forgiven.”

As Pennsylvania State Police are still investigating the crash, Uniontown Police have not commented on the situation.

Watch: Houstonians Come Together in Prayer During George Floyd Protests