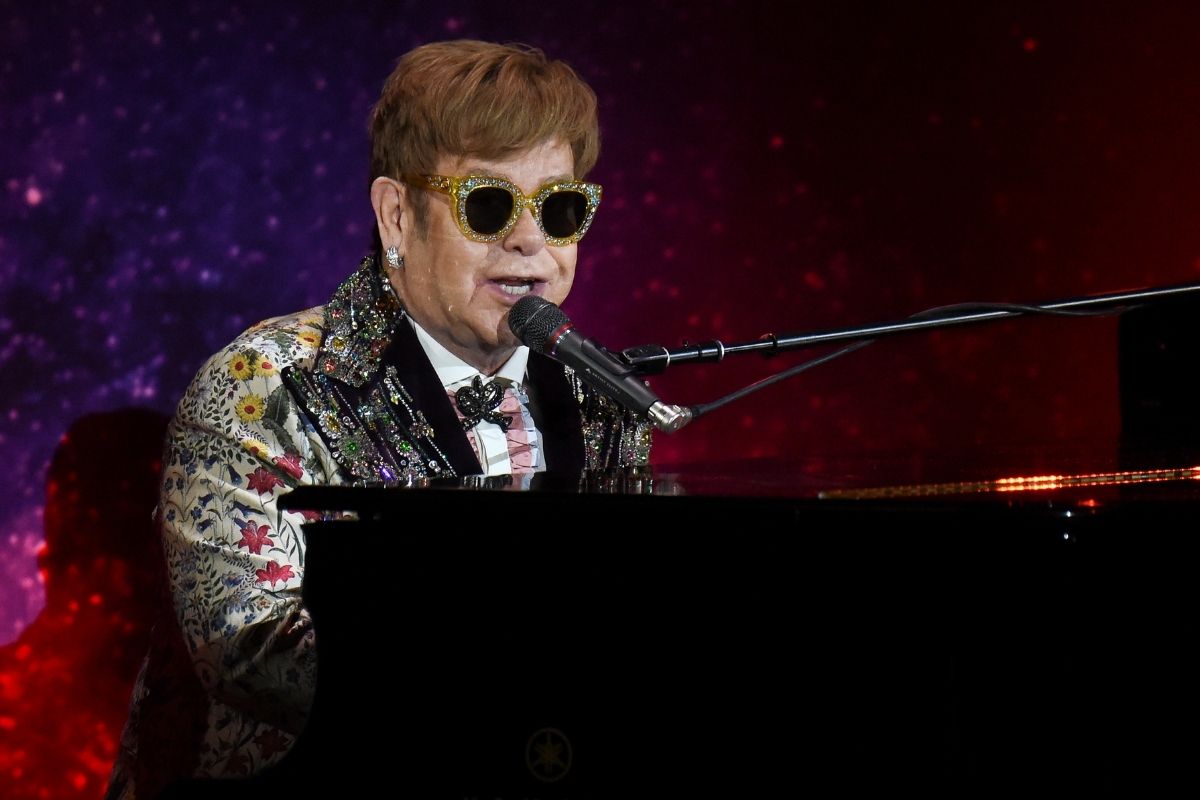 It was a balmy summer night in 1970 when a little-known singer-songwriter named Elton John took the stage at The Troubadour music venue in Los Angeles. It was the British musician’s first time performing in the United States. Up until then, the future rockstar had enjoyed airplay in the U.K. but had yet to make it with American audiences. Only one American label was willing to sign Elton John and his songwriting partner Bernie Taupin: UNI Records. At the time, the record label’s only successful artist was Neil Diamond.

Determined to break into the American music scene, John flew to America along with Taupin, roadie Bob Stacey, manager Ray Williams, and producer Steve Brown. To introduce his music to American audiences, John was booked to play The Troubadour, a small but prestigious club in West Hollywood, California.

The Night of the Show

On August 25, 1970 — the night of the fateful show — The Troubador was packed to capacity with 300 people.  The audience included musicians and industry influencers like Neil Diamond, Quincy Jones, Brian Wilson and Mike Love of the Beach Boys, Linda Ronstadt, Randy Newman, and Los Angeles Times music critic Robert Hilburn.

It was Neil Diamond who introduced Elton, greeting the audience and informing them, “I’m like the rest of you; I’m here because of having listened to Elton John’s album. So I’m going to take my seat with you now and enjoy the show.” Elton John took the stage along with bassist Dee Murray and drummer Nigel Olsson. John captivated audiences as soon as his fingers hit the keyboard, kicking off the set with “Your Song”. After a strong start, John continued to dazzle with “Bad Side of the Moon”, “Border Song”, “Take Me to the Pilot”, and “Sixty Years On”. In addition to his own songs, John’s setlist included covers of “Honky Tonk Women” by The Rolling Stones and “Get Back” by The Beatles.

As Neil Diamond put it, Elton was “very polite and very quiet” off stage. But on stage, Elton transformed. “The atmosphere during those nights at the Troubadour was electric,” John remembers. “Something inside me just took over. I knew this was my big moment and I really went for it. The energy I put into my performance, kicking out my piano stool, and smashing my legs down on the piano, caught everyone off guard. It was pure rock ’n’ roll serendipity. Even before the reviews came in, we knew that something special had happened.”

“It was totally engulfing,” Troubadour owner Doug Weston would later tell Rolling Stone. “You were spellbound. Nobody had ever seen anybody playing the piano with their feet up in the air like that. He literally flew at the end. There were times when his hands were on the keyboard — and that was the only part of him that was in contact with the ground.”

He was right. The show had wowed audiences and critics alike. Hilburn wrote in the Los Angeles Times that “staggeringly original.” He also wrote, “Tuesday night at the Troubadour was just the beginning. He’s going to be one of rock’s biggest and most important stars.”

Sure enough, Elton John rose to the top of U.S. Billboard charts. As British songwriter Robert Greenaway recalls, “I don’t think anybody ever became that big, literally overnight, in America.” And when John released “Your Song” two months later, John Lennon called it “the first new thing that’s happened since we [The Beatles] happened.”

Today, John has five Grammy awards under his belt and has sold more than 300 million records, making him one of the best-selling musicians of all time. Last year, Taron Egerton starred in a Golden Globe-winning biopic about Elton John called Rocketman. The film recreates that fateful first The Troubadour show. Director Dexter Fletcher does take some liberties: For instance, Elton John is showed playing “Crocodile Rock”, even though he wouldn’t write that song for another two years.

The movie does, however, do a great job of capturing the electricity and magic at that first show. Just like Weston described, the rock music legend literally levitates about the piano as the audiences float in the air.