Inside Kurt Cobain’s Final Days Before His Tragic Suicide 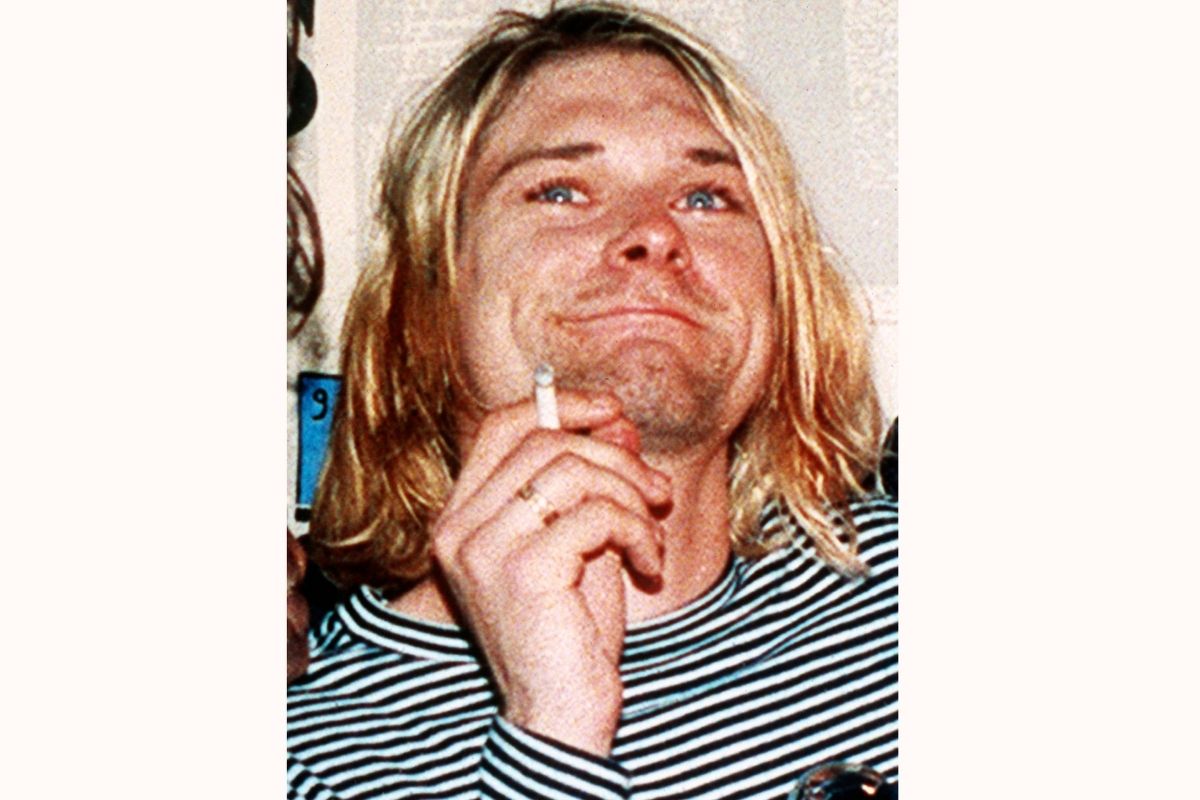 Last week marked the 27th anniversary of Kurt Cobain’s suicide. The alt-rocker and his band Nirvana defined the 1990’s with their burgeoning grunge style. And despite indie roots, this Seattle band found surprising mainstream success with lead singer Cobain being heralded as a formative Gen X figure. Nirvana’s unusual sound, a high-low blend of punk and pop and noise, led the band to the heights of fame. But for Cobain, the ride was short. He took his own life on April 5, 1994. He was just 27 years old. His dramatic suicide is often interpreted as the end of an era since the music of Nirvana had been so instrumental in the emergence of new subcultures. In addition to a country full of grieving fans, Cobain left behind his wife Courtney Love and their baby daughter Frances Bean Cobain.

The Final Years of Kurt Cobain

The final years of Kurt Cobain were also the primary years of Nirvana. In addition to smashing successes for the band — the album Nevermind and its breakout song, “Smells Like Teen Spirit” — this era was marked by the Nirvana frontman’s crippling drug abuse and tortured romance with Courtney Love. Cobain tried heroin for the first time in 1986 and by the time Nevermind came out in 1991, he was totally addicted. This affected the band’s ability to tour and create new music, and it also put a strain on the musicians’ individual relationships. Bassist Krist Novoselic, who first met Cobain in high school, has recalled warning Cobain often about his destructive heroin habit, saying, “I made my feelings known very early on. And I was outspoken about a few things, and if that was advice, it wasn’t heeded. In a lot of ways I was saying things that weren’t very welcome, so that strained things with the relationship.”

It was no surprise when Kurt Cobain began to retreat from his former friends and bandmates, focusing instead on an intense (and toxic) new affair with Courtney Love. Love, who sang for the punk band Hole, was immediately attracted the grunge king with his own unique style. A heavy drug user herself, Love bonded with and enabled Cobain through their mutual obsession in 1991. By 1992, they were married with a baby on the way.

Lynn Hirschberg’s infamous 1992 Vanity Fair feature, “Strange Love: The Story of Kurt Cobain and Courtney Love” forever tainted our perception of the couple that was such a pop culture phenomenon. In the piece, Love comes off as an insatiable partner who is both desperate for fame and totally dependent on drugs. Hirschberg does more than imply that Love was using while pregnant (Love was almost due at the time of writing).

The couple’s regular binges are characterized by a frank anecdote from Love: “We did a lot of drugs. We got pills and then we went down to Alphabet City and Kurt wore a hat, I wore a hat, and we copped some dope. Then we got high and went to SNL After that, I did heroin for a couple of months.” (Nirvana’s historic Saturday Night Live performance in New York was a behind-the-scenes mess for the members.)

Heavier Than Heaven: A Biography of Kurt Cobain

But the spring of 1993 marked the start of an even darker period for Kurt Cobain. Cobain overdosed twice that summer and at one point was even arrested for domestic assault after he and Courtney Love’s argument (supposedly over his worsening drug use and possession of guns) warranted a check by the police. In the fall, Nirvana’s final album, In Utero, was released and Cobain struggled to complete their European tour. In March of 1994, Cobain overdosed in Rome and was in a coma for 20 hours. Courtney Love believed this was a suicide attempt. This as a suicide attempt and, after returning to America, organized an intervention for the troubled rock star. Although Cobain was initially furious, he finally agreed to detox and enter rehab in Los Angeles. But Cobain stayed at the Exodus Recovery Center for less than a week.

Kurt Cobain left the facility during the night, took a cab to the airport, and returned to his home in Seattle. On April 3, Courtney Love contacted the private investigator Tom Grant to search for Cobain. On April 8, 1994, Cobain’s body was discovered at his Lake Washington home, dead, with a 20-gauge shotgun left pointing at his chin.

Kurt Cobain’s suicide was discovered by an electrician who had entered the premises to install a new security system. A medical examiner also discovered an excessive amount of heroin in Cobain’s system and estimated that Cobain had likely committed suicide on April 5, 1994. Next to Cobain’s corpse was a suicide note addressed to his childhood imaginary friend, Boddah. Read below:

Speaking from the tongue of an experienced simpleton who obviously would rather be an emasculated, infantile complain-ee. This note should be pretty easy to understand.

All the warnings from the punk rock 101 courses over the years, since my first introduction to the, shall we say, ethics involved with independence and the embracement of your community has proven to be very true. I haven’t felt the excitement of listening to as well as creating music along with reading and writing for too many years now. I feel guity beyond words about these things.

For example when we’re backstage and the lights go out and the manic roar of the crowds begins., it doesn’t affect me the way in which it did for Freddie Mercury, who seemed to love, relish in the the love and adoration from the crowd which is something I totally admire and envy. The fact is, I can’t fool you, any one of you. It simply isn’t fair to you or me. The worst crime I can think of would be to rip people off by faking it and pretending as if I’m having 100% fun. Sometimes I feel as if I should have a punch-in time clock before I walk out on stage. I’ve tried everything within my power to appreciate it (and I do, God, believe me I do, but it’s not enough). I appreciate the fact that I and we have affected and entertained a lot of people. It must be one of those narcissists who only appreciate things when they’re gone. I’m too sensitive. I need to be slightly numb in order to regain the enthusiasms I once had as a child.

On our last 3 tours, I’ve had a much better appreciation for all the people I’ve known personally, and as fans of our music, but I still can’t get over the frustration, the guilt and empathy I have for everyone. There’s good in all of us and I think I simply love people too much, so much that it makes me feel too fucking sad. The sad little, sensitive, unappreciative, Pisces, Jesus man. Why don’t you just enjoy it? I don’t know!

I have a goddess of a wife who sweats ambition and empathy and a daughter who reminds me too much of what i used to be, full of love and joy, kissing every person she meets because everyone is good and will do her no harm. And that terrifies me to the point to where I can barely function. I can’t stand the thought of Frances becoming the miserable, self-destructive, death rocker that I’ve become.

I have it good, very good, and I’m grateful, but since the age of seven, I’ve become hateful towards all humans in general. Only because it seems so easy for people to get along that have empathy. Only because I love and feel sorry for people too much I guess.

Thank you all from the pit of my burning, nauseous stomach for your letters and concern during the past years. I’m too much of an erratic, moody baby! I don’t have the passion anymore, and so remember, it’s better to burn out than to fade away.

Frances and Courtney, I’ll be at your alter.
Please keep going Courtney, for Frances.
For her life, which will be so much happier without me.

On April 10, 1994, a public vigil was held in a Seattle park; approximately 7,000 mourners arrived to honor the life of Kurt Cobain. As a tribute, Courtney Love read excerpts from the suicide note (above). Nirvana guitarist Dave Grohl was particularly devastated by the death of his friend, calling it, “Probably the worst thing that has happened to me in my life.” But Grohl went on to continue his career in music and still plays with his post-Nirvana band, The Foo Fighters. More recently, Grohl opened up to Rolling Stone about the process: “It was tough for a while, but I realized that it was important for me to continue with life, and the thing that saved my life was music. More than a few times before that, my life was saved by playing music.”

In 2014, previously undeveloped scene photos from the Seattle Police Department were revealed. You can view some of these tough pictures above.

Watch: Never Forget the 27 Club and Its Heartbreaking Members