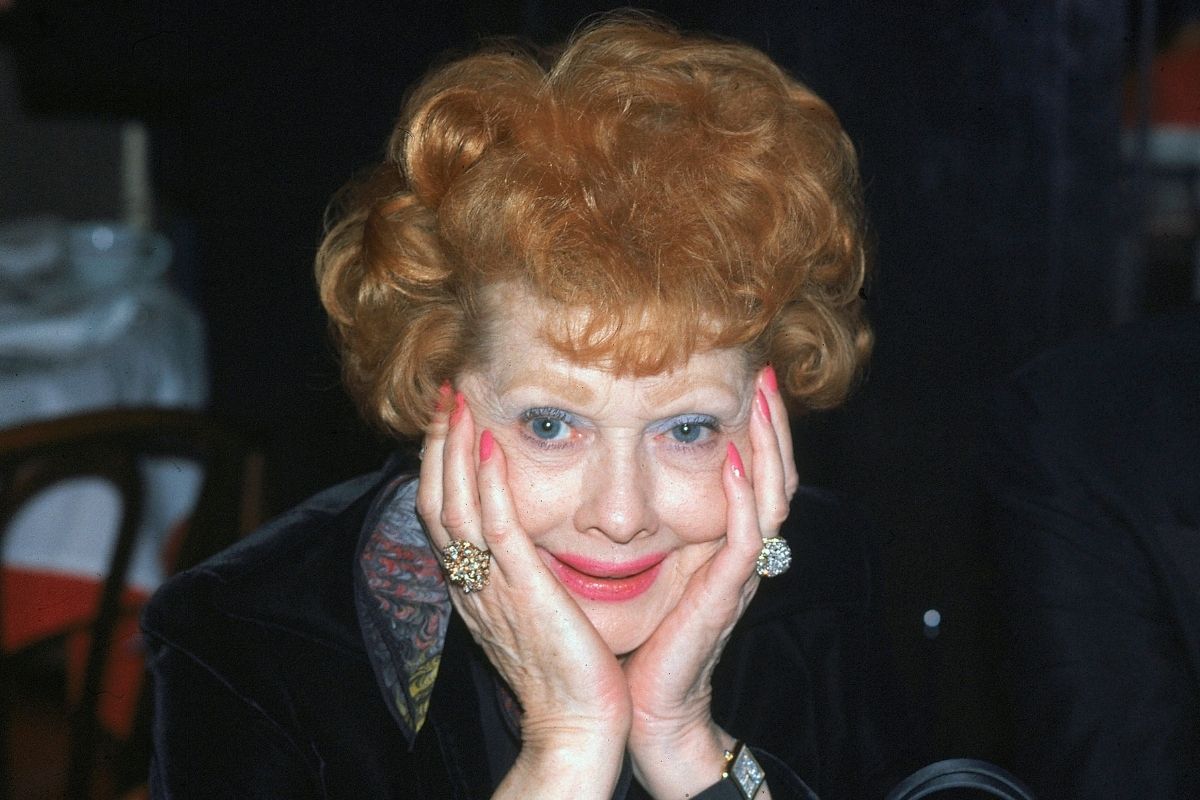 The world mourned when it lost actress and comedian Lucille Ball, American icon and the ?first lady of television? who changed entertainment forever. Her groundbreaking sitcom I Love Lucy, on which she and her-real life husband Desi Arnaz starred as Ricky and Lucy Ricardo, was the first television show of its kind and made Lucy a star. A year after Ball?s death in 1989, Ball?s daughter Lucie Arnaz took out an ad in Daily Variety that read ?We know the whole world misses you, but not like we do, Nana.? Decades later, Lucille Ball?s granddaughter and Lucie Arnaz?s daughter Kate Luckinbill-Conner spoke with The Today Show?s Hoda Kotb about the Lucy legacy and her own favorite memory of her beloved nana.

Before her star turn as Lucy Ricardo, Lucille Ball had over a decade long career in Hollywood after a short stint as a model in New York City. Per Biography, her breakthrough role came in 1937?s Stage Door and overall she made over 72 movies, including several second-tier productions that earned her the title ?the Queen of B movies.? She met Desi Arnaz on the set of Dance, Girl, Dance and they co-starred in 1940?s Too Many Girls, soon falling in love and marrying on November 30, 1940.

In the early 40?s, Lucille Ball dyed her naturally brown hair red at the urging of her studio, MGM. She landed the lead in a radio program called My Favorite Husband and CBS expressed interest in Ball recreating it as a TV show. When Ball proposed that the show co-star her real-life husband, CBS wasn?t interested. Ball walked away and she and Arnaz started their own vaudeville act, which was a success. CBS reconsidered, and I Love Lucy came to be.

Ball and Arnaz formed a production company, Desilu Productions, and retained ownership of the program. They made history by insisting the show be filmed in Los Angeles when most telelvision shows were still filmed in New York. I Love Lucy premiered on October 15, 1951 and ran for six years. One of the many memorable episodes included the one that ran on January 19, 1953 on which Lucy and Ricky Ricardo welcomed their son Little Ricky?the same day Lucy and Desi welcomed their real-life son, Desi Arnaz Jr.

The Arnazs had a tempestuous marriage and divorced in 1960; that same year, Ball appeared in her first and only Broadway show, Wildcat. Ball bought out Desilu Productions from Arnaz, which made her the first woman to run her own television production company. I Love Lucy has continually run in syndication and remains a perpetually favorite rerun. Ball made three more sitcoms, The Lucy Show, Here?s Lucy, and Life With Lucy, appeared in television specials, was a favorite guest on talk shows, and starred in the 1985 made for TV movie Stone Pillow as an elderly homeless woman. She appeared with Bob Hope at the 1989 Academy Awards one month before her death and received a long standing ovation.

Lucille Ball Was a Nana “Happy To Have Another Little Girl”

Tomorrow on TODAY: Hoda Kotb sits down with Lucille Ball’s granddaughter, Kate Luckinbill Conner, for an exciting new look at the iconic comedian and why her legacy continues to be relevant today. pic.twitter.com/serqiTCCz0

The Today Show spoke with Ball?s granddaughter Katharine ?Kate? Luckinbill-Conner in March of 2021 during their series celebrating Ball and other iconic women. Luckinbill-Conner said of her grandmother’s legacy: “She was honest to a fault. Some people took that as tough. Some people took it as feminism. But it wasn’t, really. She was a regular American girl who had big dreams and no idea how to accomplish them.”

When asked about her favorite memory of her Nana, Luckinbill-Conner, who was just 4 when Ball died, remembered: ?I guess she was really happy to have another little girl. She would wrap my little tufts of hair in these curlers and put me in silk pajamas and I’d have these wonderful, luxurious bubble baths and I would sleep in her giant California King-sized bed and she would be there for all of that.? She went on: ?We used to sit and watch Inspector Gadget together. She would give me Oreos and milk and just sit behind me and play backgammon and just keep me company. My son likes to do that now. I tell him, ‘This is our Nana time.'”

Nicole Kidman and Javier Bardim will star as Lucille Ball and Desi Arnaz in the upcoming biopic Being The Ricardos, written and directed by Aaron Sorkin.

Watch: Eric Trump Claims Strangers Hug Him ?with Tears in Their Eyes? Because They Miss His Dad