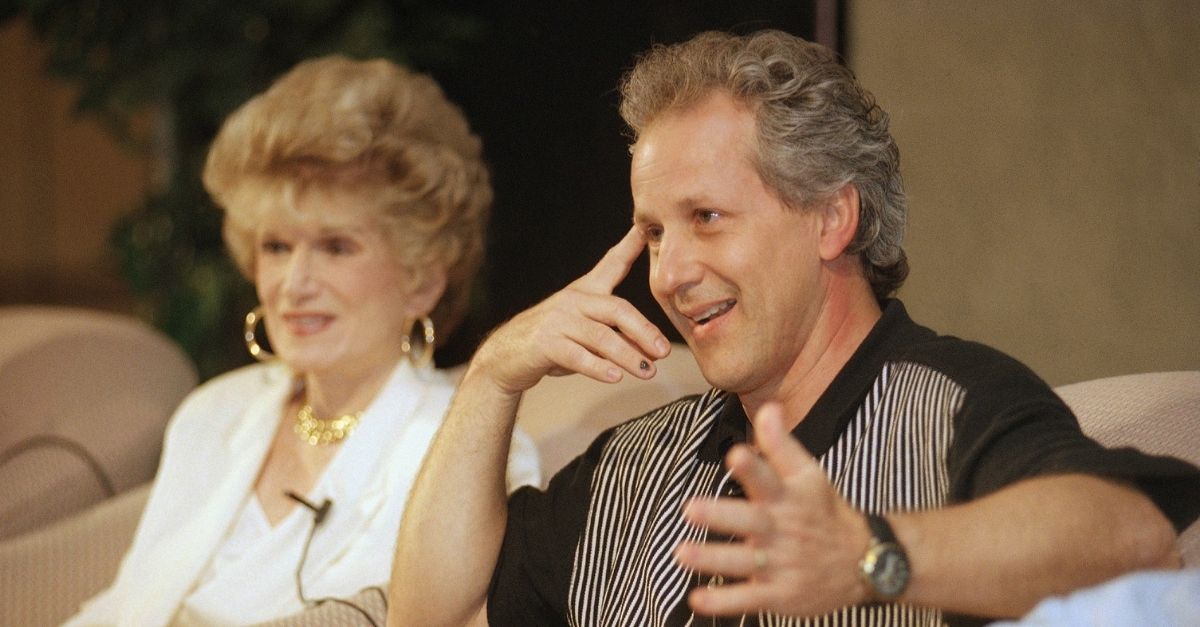 Who doesn’t remember Little Ricky Ricardo from the sitcom I Love Lucy, the adorable TV child actor of Lucille Ball and Desi Arnaz? As one of the last surviving cast members of probably one of the more iconic classic TV shows of the decades, former child actor Keith Thibodeaux has lived an amazing and incredible life after Lucy.

Thibodeaux started his road to fame in show business at a young age, getting familiar with being on television shows when he was only 4-years-old. He was a drummer on the Horace Heidt variety show, telling ABC News in a 2015 interview, “They billed me the tiniest drummer, pound for pound, the greatest drummer around.” He also recalled the day in 1955 when his dad brought him to audition fo the role of Ricky Ricardo Jr.

He told ABC News, “I walked on the set and there was Lucy, she was standing there and she was looking at me. She said ‘OK he’s cute, but what does he do?’ My dad said, ‘Well he plays the drums’ and she said, ‘Oh, come on–I can’t believe that.’ Then, she says ‘Look, we have a drum set over there, go ahead and let him play.’ Eventually, Desi Arnaz himself came over and started jamming with me on the drums and then he kind of stood up and said ‘Well, I think we found Little Ricky.'”

And the rest was history. After auditioning, Thibodeaux went on to appear in more than 35 episodes of I Love Lucy, which ended up ranking No. 3 in “TV Guide’s 50 Greatest TV Shows of All Time” in 2013. He remembers hanging out with Desi Arnaz offset and hanging out with Hollywood favorites like comedian Jimmy Durante and Maurice Chevalier. Thibodeaux also explained which the I Love Lucy TV series episode was his favorite: “Lucy and Superman.”

He said, “When they got Superman to come on the set, that was a big, big thing for me. I looked up at George Reeves and he shook my hand and I said, ‘Wow, you really are Superman.’ In my little-kid mind, he was really super, but in my acting mind, he was really an actor. I went back and forth between fantasy and reality.”

He also returned as Little Ricky in the 1957 sequel television series to the Lucy Show, The Lucy-Desi Comedy Hour, but found himself “unemployed at the age of 9,” after co-stars Ball and Arnaz announced their divorce. His career continued on with appearances on “The Andy Griffith Show,” but then things turned south when Thibodeaux admitted that he became severely depressed. His real-life looked a little hopeless in the Hollywood scene.

“I do kind of look at it like a time of my life where I wasn’t able to fully be a kid, but that’s a problem with child stars–that dynamic is always in the mix,” he said told ABC News, “I was very depressed and suicidal and got to the end of my rope and became a Christian in 1974. That kind of changed my perspective on the show. After that, I was able to appreciate the show much more than I did when I was a young adult.”

In a beautiful turnaround, Thibodeaux found his ground and foundations in love, gratitude, and appreciation. He still plays the drums but ditched the acting. Along with his wife Kathy, who is a professional ballet dancer, he is the executive director for the ballet company Ballet Magnificat! in Jackson, Mississippi. His family has grown with his daughter Tara and his grandson Bryson, who he told ABC News that he calls “his little buddy.”

Although Thibodeaux is very appreciative of the show, he said he doesn’t watch it as much anymore. But he is forever grateful that it has become the staple tv show that it is. “It’s held up all these years. I just think that to be associated with the show, it’s a good thing. I can say, in a humble way, that I don’t think it’s ever been matched.”

Watch: John Lennon Explains Why The Beatles Broke Up on ?The Dick Cavett Show?