As the world reels over the death of Queen Elizabeth II, the royal family is under more scrutiny than ever. And if seeing Prince Harry plastered all over TV — with his unmistakable crop of red hair — has you wondering why he looks nothing like the rest of the House of Windsor, you’re not alone. Get ready for this totally believable love child–conspiracy theory.

Harry’s real father could be James Hewitt, the late Princess Diana’s (handsome) riding instructor. The two had a confirmed affair throughout the early ’90s, and Harry’s resemblance to James is uncanny.

First of all, just look at Prince Harry: that coloring, that easygoing charm. The reformed party boy was always the roguish royal and as he’s grown older, differences between him and golden child Prince William are even more apparent. (I don’t even remember what Will looks like with hair!)

Of course, the distance between Harry and his family is greater than ever. Since marrying actress Meaghan Markle in 2018, the prince has stepped back from the royal family. Literally. He and Meghan renounced their “senior positions” as royals in 2020 shortly before their bombshell interview with Oprah Winfrey. That special, linked above, shed some light on the tense situation.

Since then, the couple has mainly resided in Markle’s native California with their two young children: Archie Mountbatten-Windsor and Lilibet Mountbatten-Windsor. Meanwhile, back in England, rumors of a feud between the brothers (and betweenKate Middleton and Meghan Markle) continue to dominate British tabloids.

But what if the brothers were, in fact, only half-siblings? It doesn’t take a detective to see that Harry does not resemble Prince Charles in the slightest.

“Whatever ‘in love’ means”

Prince Harry, Duke of Sussex, was born on September 15, 1984. At the time his brother was two years old. Their mother Diana, Princess of Wales, had been married to Charles, Prince of Wales, for three years. During that time, Diana was the subject of intense press coverage. And while she was extraordinarily popular — celebrated for her style and grace — she also suffered privately from mental health issues and extreme stress. It was not long before her royal marriage was crumbling.

Diana was just 20 years old when she married Charles, who was 12 years her senior. And Both parties engaged in extramarital affairs. Charles, famously rekindled a romance with his married ex, Camilla Parker Bowles, while still married to Diana. But while this affair dominated the news — who could forget that awfully cringey tampon audio — Diana also took a lover: cavalry officer James Hewitt.

James Hewitt’s confirmed affair with Princess Diana began in 1986 when he was in the Household Cavalry and instructed to give the princess riding lessons. They carried on for years, often sneaking Hewitt into Kensington Palace or spending time at Hewitt’s mother’s cottage.

Anna Pasternak’s book Princess in Love, published in 1994, became the predominant source of information on the matter. Pasternak, with on-the-record testimony from Hewitt, alleges that the affair went on for five years. Hewitt published his own account in 2017, A Love Like No Other: Diana and Me, in which he shares a quote from one of Diana’s letters”

“I have lain awake at night loving you desperately and thanking God for bringing you into my life—my darling one, you are the most magical and special person I’ve ever met, and how extraordinarily lucky I am to have been loved by you.”
— Princess Diana, according to A Love Like No Other

The relationship was also acknowledged by Diana in her historic Panorama interview with Martin Bashir.

James Hewitt has continuously denied that he is Prince Harry’s father, insisting that he and Princess Diana’s affair began two years after Harry’s birth; Diana’s bodyguard Ken Wharfe corroborates this. And as for the shared trait of red hair, Diana recognized this as Spencer characteristic, even calling Harry “Little Spencer”

But regardless of those claims, speculation around Harry’s origins continues. And with the Prince reuniting with now-King Charles III and the rest of the Windsor gang for the Queen’s funeral proceedings, Harry’s true parentage is more enticing than ever.

“There were three of us in this marriage…” 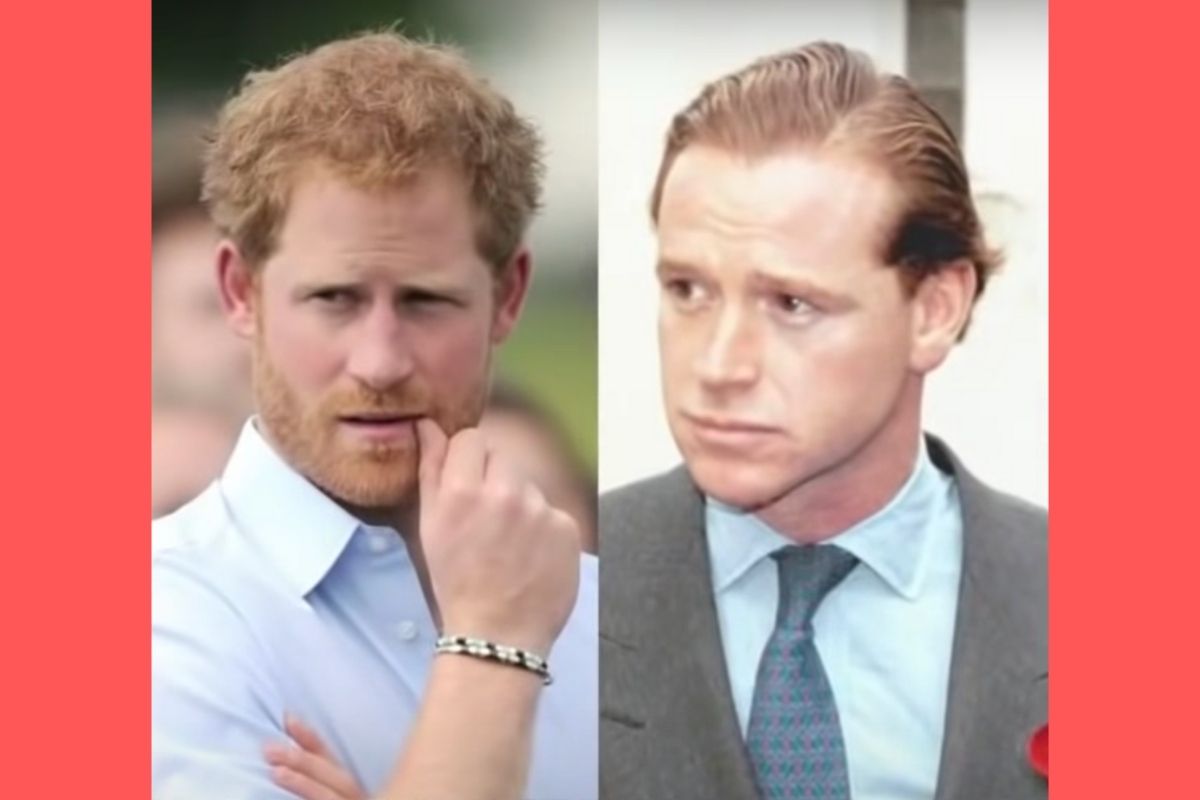