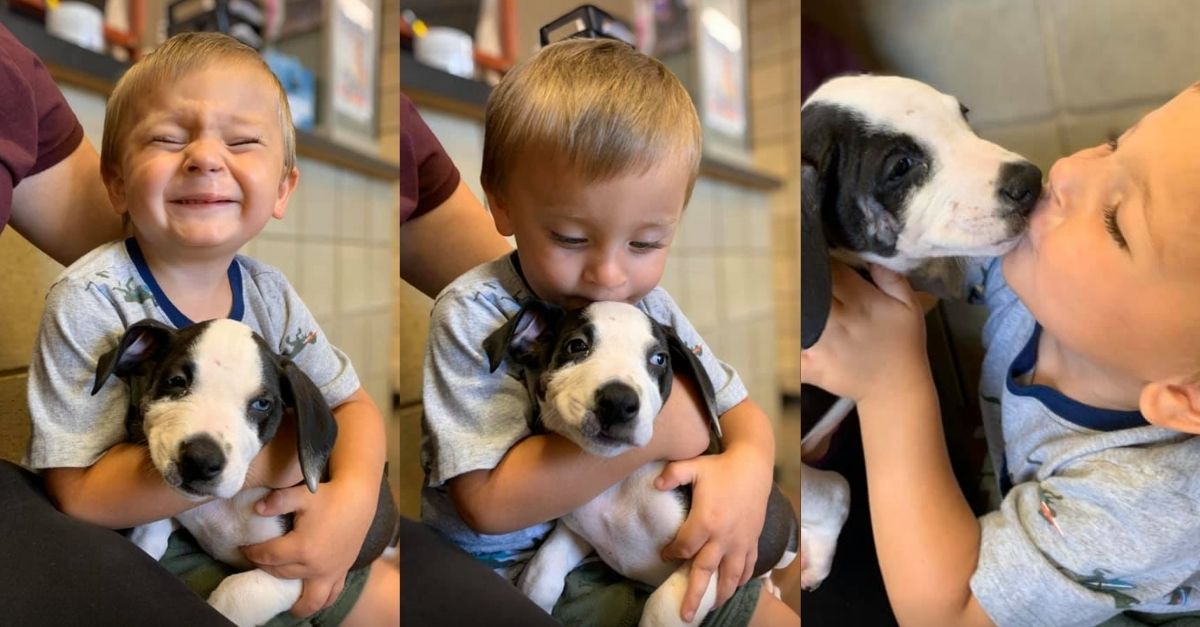 This is one of the cutest and most heartwarming stories that could surface in this horrible year. I’m a pretty positive person and positive news has been pretty easy to spot with all the chaos around. So I’m not going to shy away from saying that, yes, 2020 has sucked so bad that it doesn’t even feel like this year is actually happening.

But the thing about chaos and problems in the world is that these are opportunities to find ways to connect with one another, with new avenues of relating and understanding the next person that you may never had originally thought you would connect with before. A 2-year-old boy named Bentley Boyers in Jackson, Michigan thankfully gets to experience this connection as he continues to grow older.

The Michigan boy was born with a cleft lip, a birth defect (along with cleft palates) that is characterized by “openings or splits in the upper lip, the roof of the mouth (palate), or both,” resulting in difficulties with feeding, swallowing, and speaking voice. However, when Bentley’s father, Brandon Boyers, went to the Jackson County Animal Shelter, intending to find two chickens, he stumbled upon a gold mine that would probably change his son’s life forever.

Brandon had come across an adorable puppy who also had the same birth defect as his son Bentley, a cleft lip. Ashley Boyers, Bentley’s mother, and Brandon’s wife, told Boston 25 News, “He Facetimed me. He goes, ‘I think this one has a cleft lip’ and I said ‘get her’! We need her. To see him have something in common with a puppy means a lot ’cause he can grow up and understand that he and his puppy both have something that they can share in common.”

Brandon immediately took advantage of the opportunity and adopted the two-month-old puppy, who has yet to be named. Animal Services Director Lydia Sattler said, “Her disability is really not holding her back, and as she grows, they’ll be able to see more if there’s any change that has to do with that. But, she’s really doing well. She might look a little different than a normal dog would, but it’s not slowing her down at all,” also explaining that she shouldn’t have future health problems.

The Jackson County Animal Shelter posted the 2-year-old Michigan boy and his new black and white puppy on a Facebook post on their social media page. There’s no doubt that you can see in the photos of Bentley cuddling his new puppy, that this perfect pair isn’t just the perfect match, but rather the “pawfect match.” This special pair is bound for many more years of joy, and we are so excited for this little boy and his new tiny pup.

You can help out those who take care of man’s best friends as they become rescue dogs and shelter dogs by donating here.