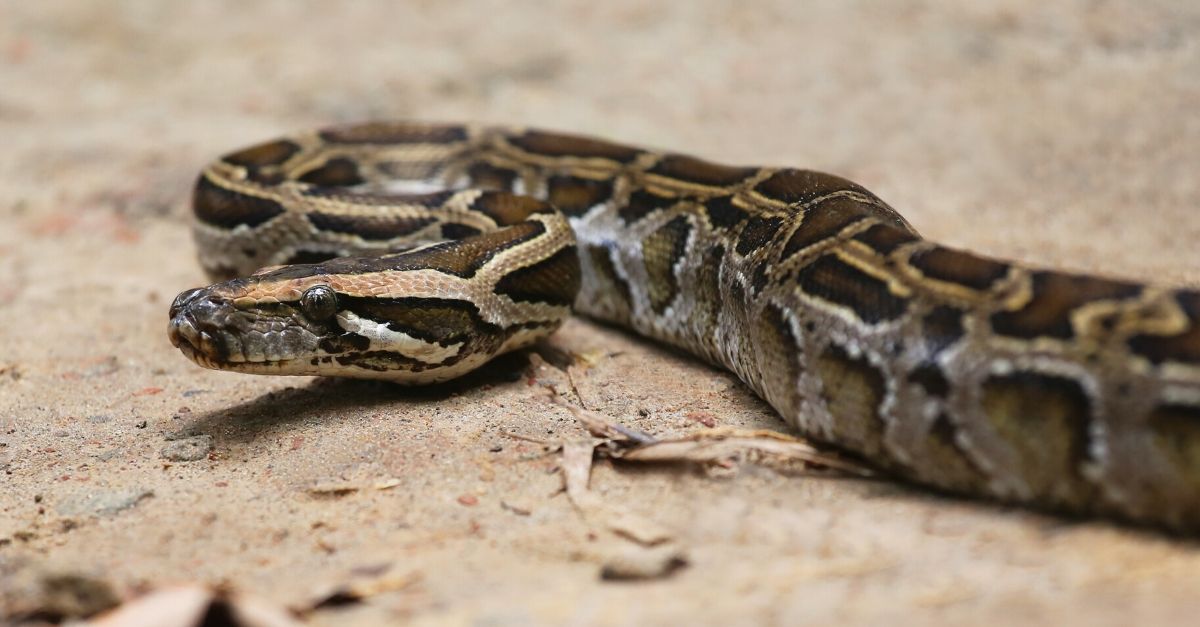 Ew, ew, ew. Okay, this is so gross, but I admit, so cool at the same time. Just look at the size of that poor possum! Can you believe all that chonkers fits in a python? My gosh, mother nature is sure scary. Imagine you’re in your house, you know, minding your own business and out of nowhere you look out in your backyard and see a freaking carpet python hanging from your roof.

But no, not just that, that’s not the scary part. The scary part is when you notice this slimy reptile enjoying a tasty snack. By that, I mean yes, the possum, a full-on adult-sized ringtail possum. What in the world is Australia feeding their possums? Luckily, we have proof that this exists thanks to snake catcher Stuart McKenzie who was called out to the house on the Sunshine Coast in Queensland. The resident had spotted the snake slithering outside their home, and well, was probably helpless and didn’t know what to do.

In comes the Australian snake expert, seeing the 6.5 ft giant snake hanging from the roof with the large ring-tailed possum wrapped around its body so nonchalantly. So, not wanting to disturb its meal, Mr. Mckenzie decided to wait an hour to let the large python finish ingesting its meal. He stated, ?I knew if I tried to take it away right at that moment, it would likely drop its food and not want to eat it again. It?s just nature so the best result is that the snake gets its food as it is already dead.

That’s when he decided to capture the time-lapse video of the whole incident and took several photos to show how dangerous a python can be. After he finished, the man then transported it from the family’s home and released it into nearby bushland nearby so that it could then digest its meal in peace. Apparently it takes over a week to find a good warm spot for them to digest their huge mean.

Luckily, pythons are non-venomous snakes. They catch prey by wrapping themselves around the animal and crushing it to death before swallowing it whole. Pretty creepy, but hey, at least you won’t die from the excruciating venom. In this case, the python was able to consume the large possum since its jaws are able to unlock and stretch around the larger creature. As I said, mother nature is terrifying.

Watch: Steve Irwin’s Kids are Following in his Footsteps