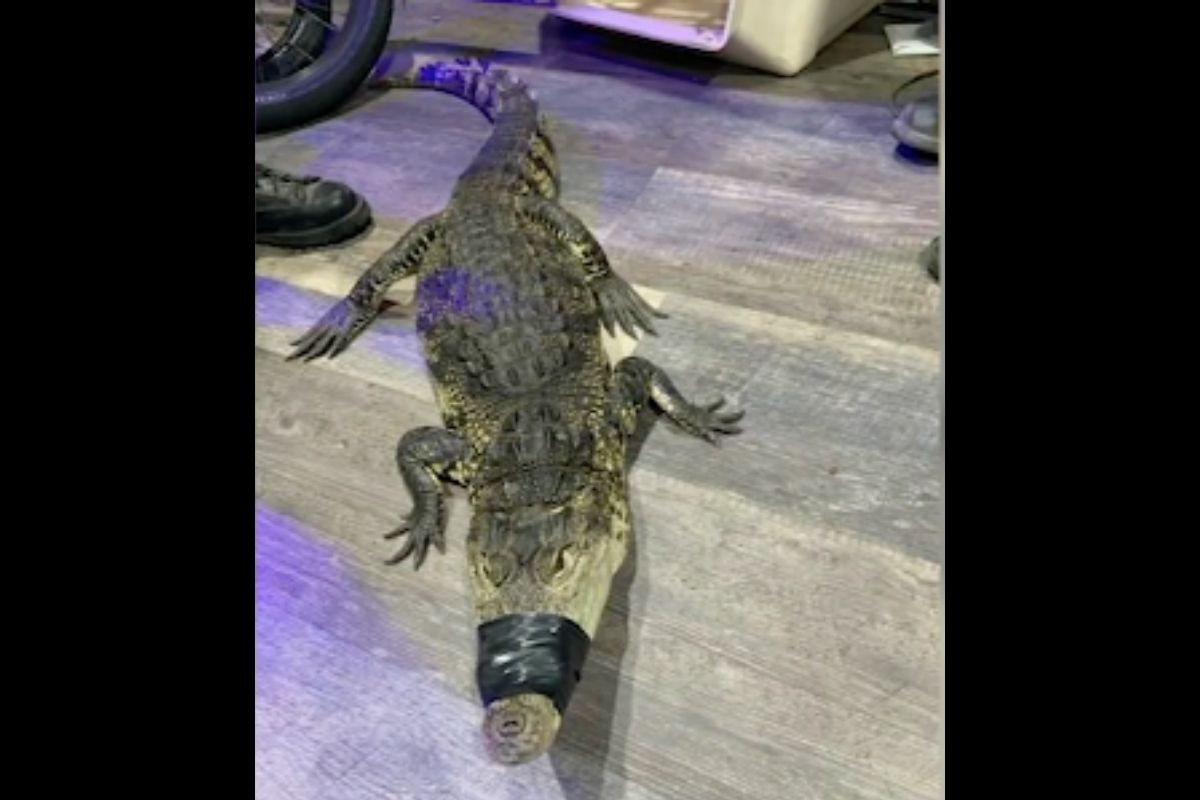 As police were sifting through a waterfront home in Oxnard, California, for drugs, I’m sure they were not expecting to find a four-foot crocodile “submerged in a poorly secured tank with rancid water.” Law enforcement found what they originally thought was an alligator while conducting a search on 44-year-old Donny Askar’s home near Channel Islands Harbor, finding the animal residing next to cocaine, heroin, and methamphetamines.

According to Oxnard Police Department, police officers were conducting a probation search on Askar’s home as part of a narcotics investigation. While finding that Askar was selling drugs, officers found the crocodile and became concerned since the residence was near the harbor, meaning the reptile could have possibly escaped into the open water. Thankfully, wardens from the California Department of Fish and Wildlife were able to secure the animal and transport it to a safe location.

They told PEOPLE Magazine, “The crocodile is in a temporary facility that is permitted to provide this type of care, but will likely be moved to a different permitted facility that has a bit more expertise to care for the crocodile once the case is adjudicated.”

The Oxnard Police Department said that Askar has been charged not only with suspicion of possession for sale of heroin and methamphetamine but also animal cruelty; both are felony charges. He also will possibly face a misdemeanor charge of illegal possession of the crocodile and has a court date scheduled in Ventura County for March 19.

I’m not too entirely sure as to why this drug dealer would have a pet crocodile just lying around the house so casually, but is it all that surprising? If Askar was trying to come off as intimidating, this sure was one way to do it, although it sucks that the animal also was suffering from his lack of care. So I guess the moral of the story here is to make sure you know how to take care of an animal before getting one, whatever your reasons for having a pet crocodile may be.