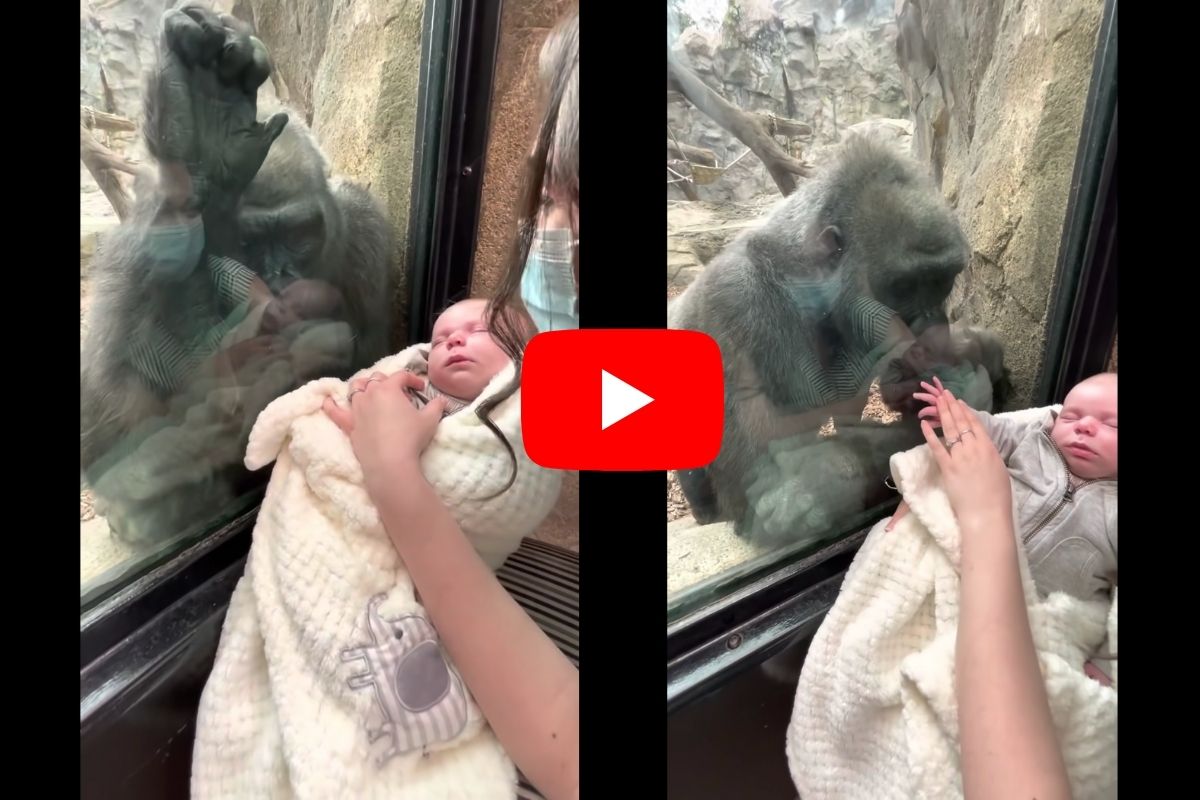 A gorilla at Boston’s Franklin Park Zoo has gone viral for a tender connection she shared with a new mom through the glass of her exhibit enclosure. Seriously, try not to tear up watching this special moment on film: a maternal bond that transcends species.

In the trending video, Emmily Austin stands at the gorilla exhibit of the Boston zoo. As you can see, Austin is a new mother cradling her five-week-old son, Canyon. And while it’s always exciting to see gorillas at the zoo — the great primates are so pensive, majestic — this time the animal was even more fascinated by the human mom. As Austin held her son up, Kiki, a western lowland gorilla appears to try to pet him through the safety glass! And thankfully Emmily’s husband Michael Austin was there to capture the whole thing on camera and e uploaded the footage to YouTube Saturday… just in time for Mother’s Day!

Kiki was obviously taken with the newborn baby boy, and it’s no wonder why. She had her fifth baby in October, her first son, Pablo. Clearly, Kiki is an attentive mother who loves babies. Zookeepers reported that after Kiki gave birth, “she literally held him 24/7. She’s just starting to allow her daughters to take him every once in a while for short periods of time.” As the new video shows, Kiki even tried to get the attention of young Pablo to come to check out this tiny human beyond the glass. Kiki reacts to Canyon the same way we react to adorable
baby animals!

The Austins were visiting Boston last week from Jefferson, Maine, and did not expect to become a viral sensation. But it’s such a sweet story. Speaking to the NBC affiliate News Center Maine, Emmily Austin said, “It was so sweet. For well over five minutes, she just sat there watching him and staring at him so lovingly. Her face was just so in love. She was showing her baby my baby… You could see the emotion in her eyes.”

John Linehan, president and CEO of Zoo New England said that this is not the first time Kiki has shown a keen interest in human babies. “We always joke that if a baby fell into our exhibit, Kiki wouldn’t give it back. She’s so maternal,” he shared with TODAY Parents.

WATCH: Free Beer For Those Who Received the Coronavirus Vaccination