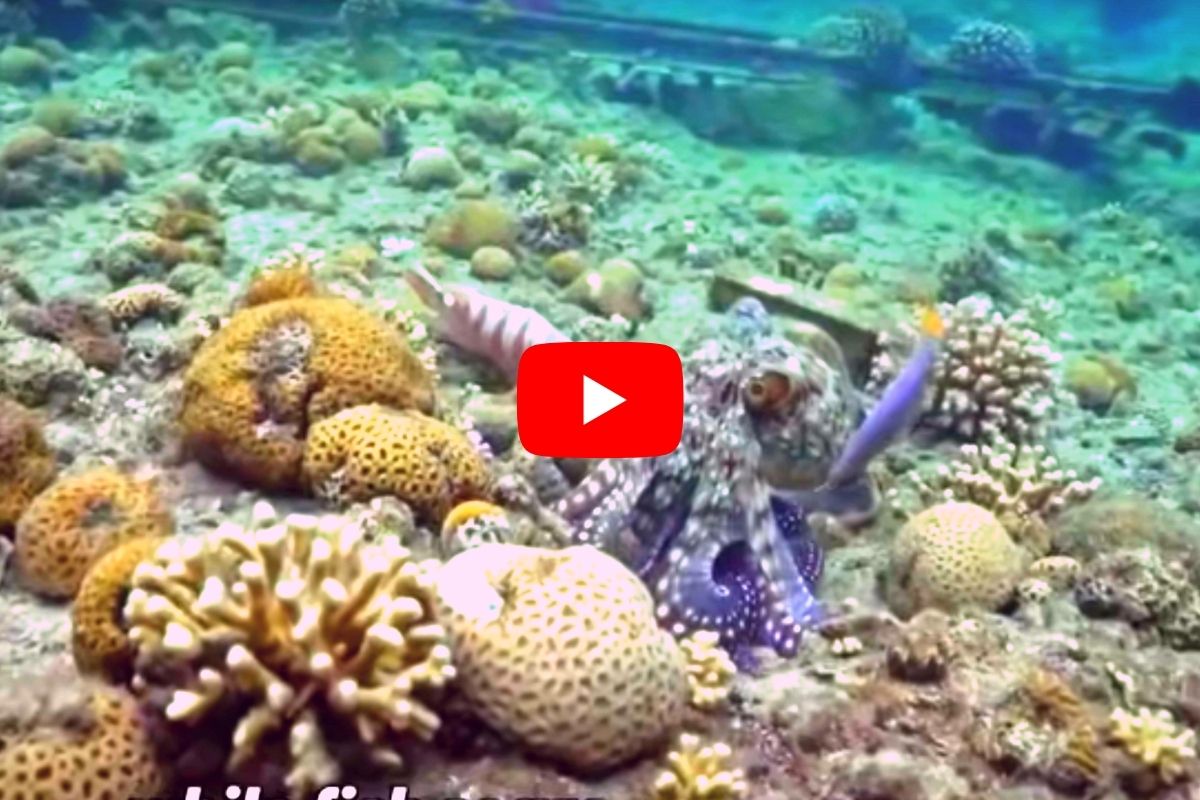 A new study, published in December in the journal Ecology, suggests that octopuses regularly punch fish — out of nothing but spite. The two creatures will team up for collaborative hunting, with the cephalopods searching for prey in tight spaces as coral reef fish scour the sea floor. But when the fish partner fails, sometimes the octopus sucker punches it right in the head! Underwater footage of the explosive motion is wondrous… and also pretty funny.

Hunting collaboratively between different species is a useful technique that can be observed all around the world. For example, moray eels and groupers famously work together with the groupers water hunting as the eels enter rock crevices. The relationship between certain octopuses and fish is similar. Covering more ground, the chances of catching prey are increased when fish check the sea floor and keep lookout for their partner. But if the little guy starts to slack off, day octopuses (Octopus cyanea) let their anger show. New research suggests that octopuses hitting fish are more common than scientists first thought.

When conflicts arise within the hunting arrangement, the day octopus will utilize a “partner control mechanism.” In this case, using one if its eight strong arms to remind the fish who is really boss. Scientists recorded punches thrown by an octopus at seven different fish species: the tailspot squirrelfish, blacktip, lyretail, groupers, yellow-saddle, Red Sea goatfishes, and halfspotted hind. After the incident, often, the fish would leave the group or the aggressive octopus would cease interaction with the fish.

Study co-author Eduardo Sampaio, a Ph.D. student at the University of Lisbon and the Max Planck Institute of Animal Behavior, described witnessing the octopus attack for the first time to Live Science, saying: “I laughed out loud, and almost choked on my own regulator, but I still marveled at it every time I saw it.”

What Does It Mean?

Sampaio elaborated on possible reasons why the octopus would antagonize its hunting partner:

“Despite collaborating, each partner will always try to maximize its benefits. In the cases where prey is readily available, the octopus seems to use ‘punching’ as a way to control the partner’s behavior in a self-serving way.”

But the research is ongoing. For now scientists can only speculate as to whether the flash of octopus brutality signals a broken alliance or some form of petty punishment. Either way, it’s definitely some odd octopus behavior.

WATCH: Can I Still Spread the Coronavirus After Receiving the Covid-19 Vaccine?