This smack down between 2 koalas stopped traffic in Australia 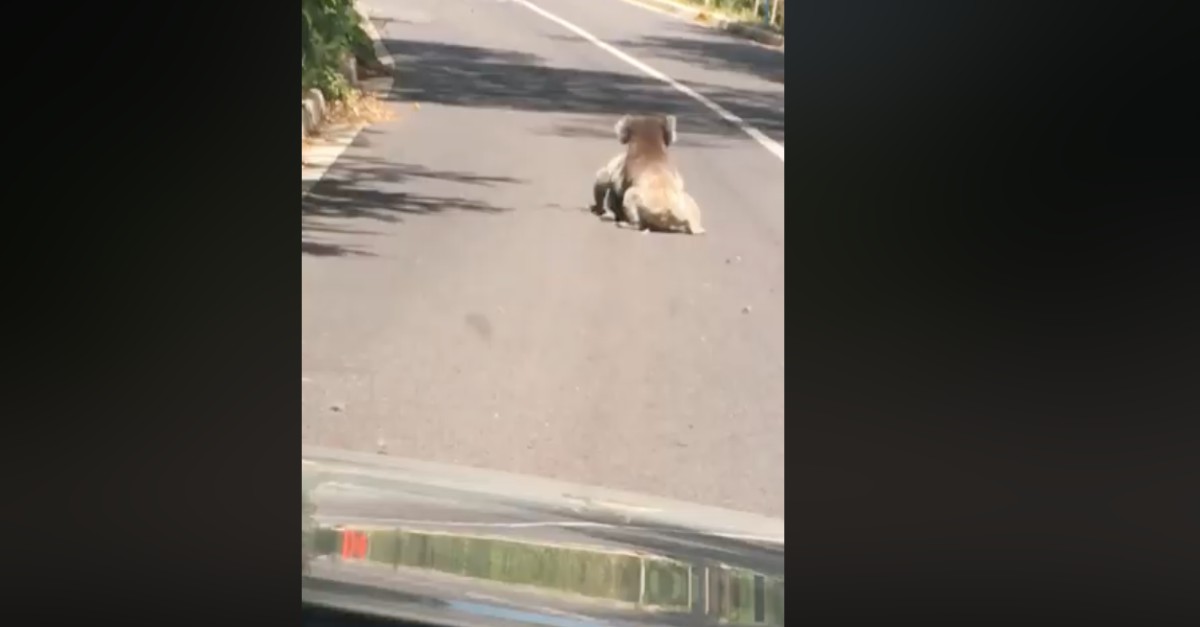 Apparently, things between koalas can get a little adversarial at times.

RELATED: A boating crew rescued an adorable castaway koala who was far from home

That’s certainly what happened between two bears down under recently when they took their tiff to the street–stopping cars in their tracks.

Marguerite Smith, of Stirling, South Australia, caught the fight on camera, and she was shocked at the showdown.

“C’mon boys. How am I going to get to work?” Smith can be heard in the video.

“So whilst a lot of you are battling Xmas traffic have a look at what held me up today! Only in Australia!!!” she posted to her Facebook page.

RELATED: After a vehicle accident, this koala has become the first koala pirate

Smith and at least one other vehicle, a motorcycle, had to stop to let the koalas get it all out. Eventually, they retreated to opposite corners of the street.