A Tribute to All the Heroic Dogs of WWII 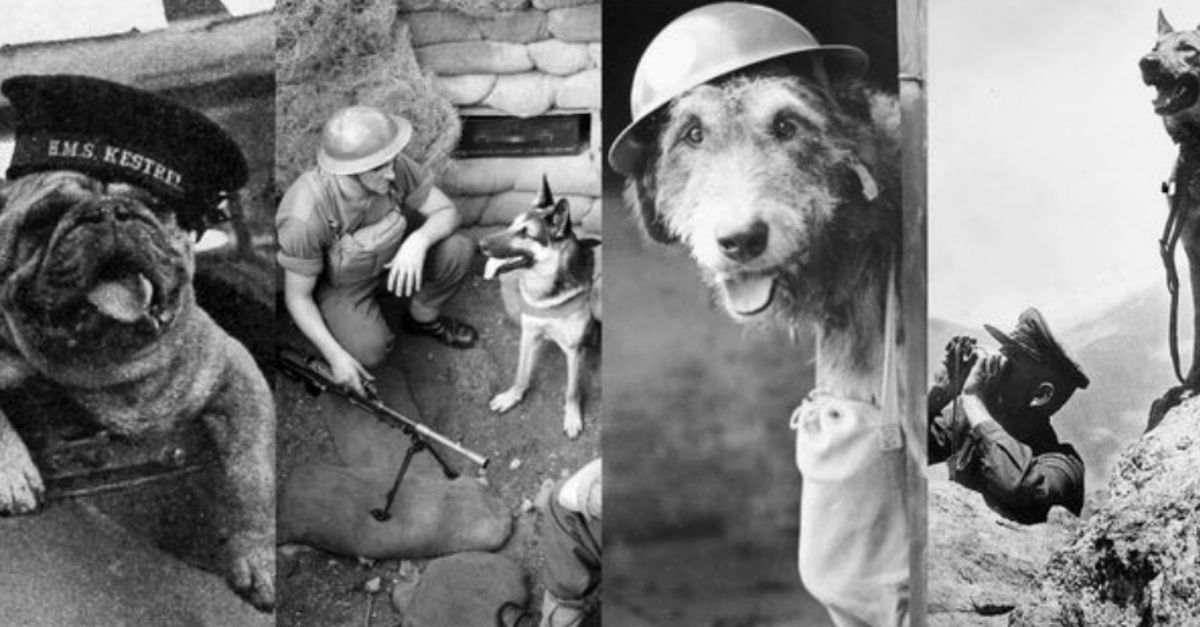 May 8th is VE Day, otherwise known as Victory in Europe Day. It commemorates when Nazi Germany’s unconditional surrender during the Second World War to the Allied Forces, ending World War II in 1945. This day is celebrated in Britain, Western Europe, the United States, and Australia, and this year is the 75th anniversary.

This underrated military holiday isn’t as widely celebrated as Veteran’s Day or Memorial Day. And even if there was something grand to be held for VE Day celebrations, the coronavirus pandemic has put a halt to outdoor activities. But speaking of outdoor activities, did you know that 3,300 cute doggos helped serve in the Second World War?

In honor of the 75th anniversary of VE Day, marking the end of the war, Country Living featured ten vintage photos of man’s best friend helping the fight as a tribute to these four-legged allies. They played an important part in helping Allied Forces, and they absolutely were key in saving lives. These dogs would get parachuted across enemy lines for search and rescue missions, sniff out mines, and relaying messages.

VE Day: A tribute to the heroic dogs of the Second World War https://t.co/BRGwAcLDRa

According to Country Living, a specific eighteen dogs received the PDSA Dickin Medal, the highest military honor that can be given to animals who serve. This included a terrier named Beauty, who found and saved sixty-three animals during air raids, and an English pointer named Judy, who survived a Japanese prisoner of war camp.

The reality is that some of these furry allies also lost their lives. Only half the dogs made it back home, but they all are heroes in some way. They played such a key part in helping Allied armed forces reach the end of the second world war. And memories like these remind everyone of why the term “man’s best friend” has always been around. They’ve been watching out for us humans since way back when.

A big thank you to all the military animals who served and are still serving. Happy VE Day!