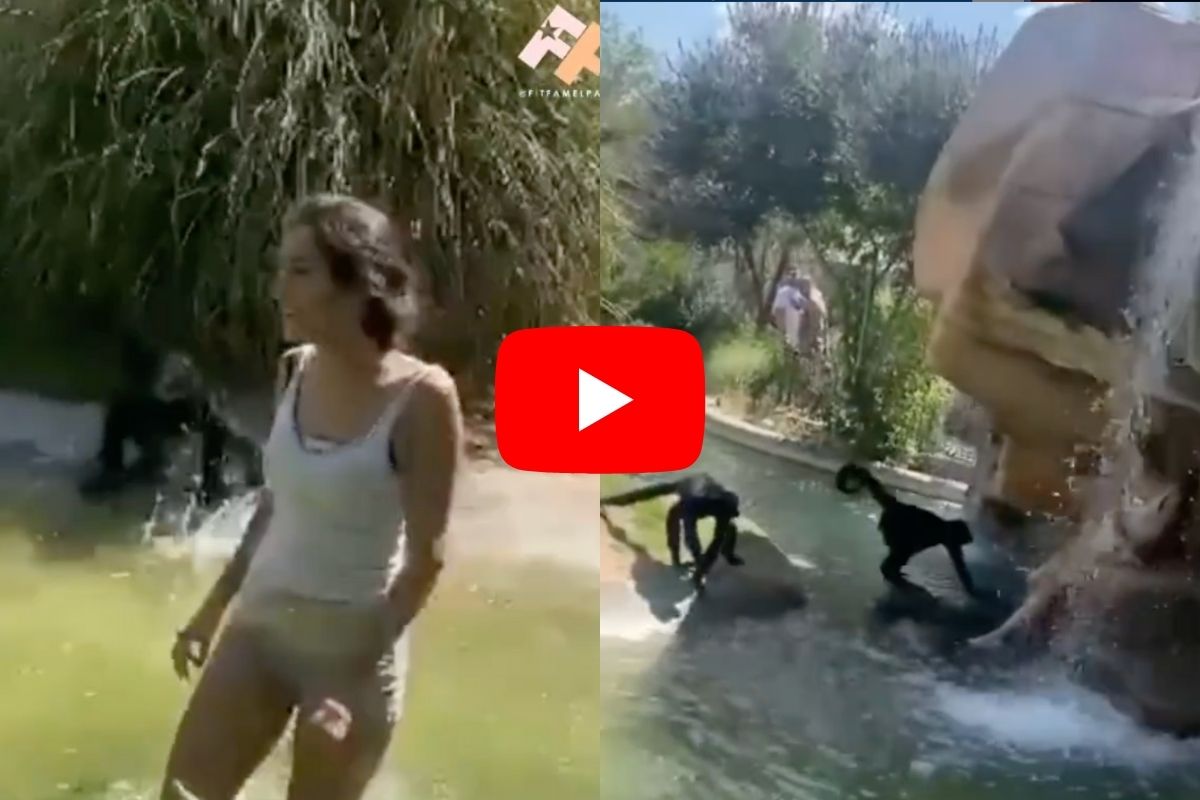 El Paso Zoo director Joe Montisano has called one woman “stupid and lucky” after she trespassed into a spider monkey enclosure to feed the wild animals some Flamin’ Hot Cheetos. As the story is trending on social media, the woman, whose name is Lucy Rae, is facing serious consequences.

A Woman Climbs into a Monkey Enclosure…

This past weekend in Texas, a local woman broke into the El Paso Zoo’s spider monkey exhibit… to feed them Cheetos. Hot Cheetos. In addition to putting herself in danger — spider monkeys are fairly large and occasionally violent — her reckless behavior also endangered the two primates, Libby and Sunday.

Watch footage of the outrageous moment above, posted by Fitfamelpaso.

Zookeeper Mason Kleist told to ABC7 News, “These are primates we’re talking about, they could do some substantial damage to you. They may be small monkey’s but they can take you to the ground if they wanted to.” Additionally, Libby and Sunday are kept on a specialized diet. And if Hot Cheetos can cause bowel disruptions in humans — which we all know they can — then their effect on a smaller monkey could be much more serious. You can’t feed animals Hot Cheetos!

During a pandemic, Rae’s action was especially egregious. When gorillas at the San Diego Zoo tested positive for Covid-19 in January, officials voiced concerns over possible further mutations. Coronavirus is zoonotic, meaning it spreads through different animals and humans alike. But with each jump between species runs the risk of viral mutation. Additionally, human respiratory viruses are especially dangerous to monkeys and apes.

“Anything that we have they could get as well so Covid is no different,” Kleist explained. “We took the necessary steps to prevent them from getting that, so for someone to just go in there and give them food from their hands could just ruin that… It takes years to build trust with these animals and for someone to come in there for five minutes for a video on Instagram or whatever just ruins years of work. It’s going to take a long time to get them back to where they were and training.”

Rae’s reckless behavior has resulted in the loss of her job; she’s been fired from her role as a litigation assistant at Lovett Law Firm. And according to the latest news, the zoo is planning on pressing charges. El Paso police have indicated that El Paso Zoo has filed an official complaint which is under investigation, according to KVIA.