Wednesday evening’s episode of “The Late Show With Stephen Colbert” opened with this hilarious sketch that featured auditions to find the new voice of famous Muppet, Kermit the Frog.

Steve Whitmire, the current voice of Kermit, is stepping down after 27 years in the role, so the folks at “The Late Show” decided to hold auditions to find a replacement. But for the some reason, the only applicants were Trump surrogates Sean Spicer, Ben Carson, Donald Trump, Jr., and of course, the president himself — the results were incredibly disturbing.

The first Trumpster to try his luck was White House press secretary Sean Spicer, who has said some absolutely bonkers thing over the last six months.

“You had a, you know, someone as despicable as Hitler who didn’t even sink to using chemical weapons,” Kermit says in the segment. Obviously, the audio was taken from Spicer’s famous gaffe when he compared Adolf Hitler to Bashar al-Assad.

Next up was the president’s son, Donald Trump Jr., who is instructed by an off camera voice to sound less dumb. A task he is — unsurprisingly — unable to achieve.

Ben Carson’s voice coming out of Kermit’s mouth is completely horrifying, and we’re glad we never have to witness that again.

The final person to audition is the Donald J. Trump, the current president of the United States. We won’t spoil which soundbite they chose for this part, but as you can probably imagine, it wasn’t something the real Kermit would ever say. 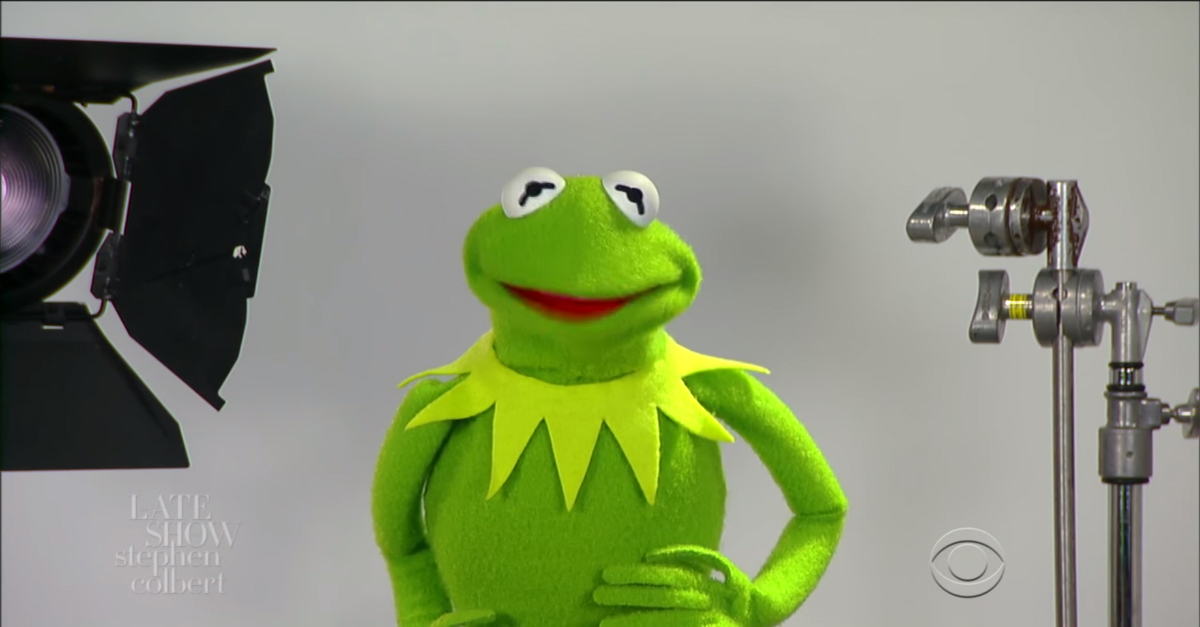