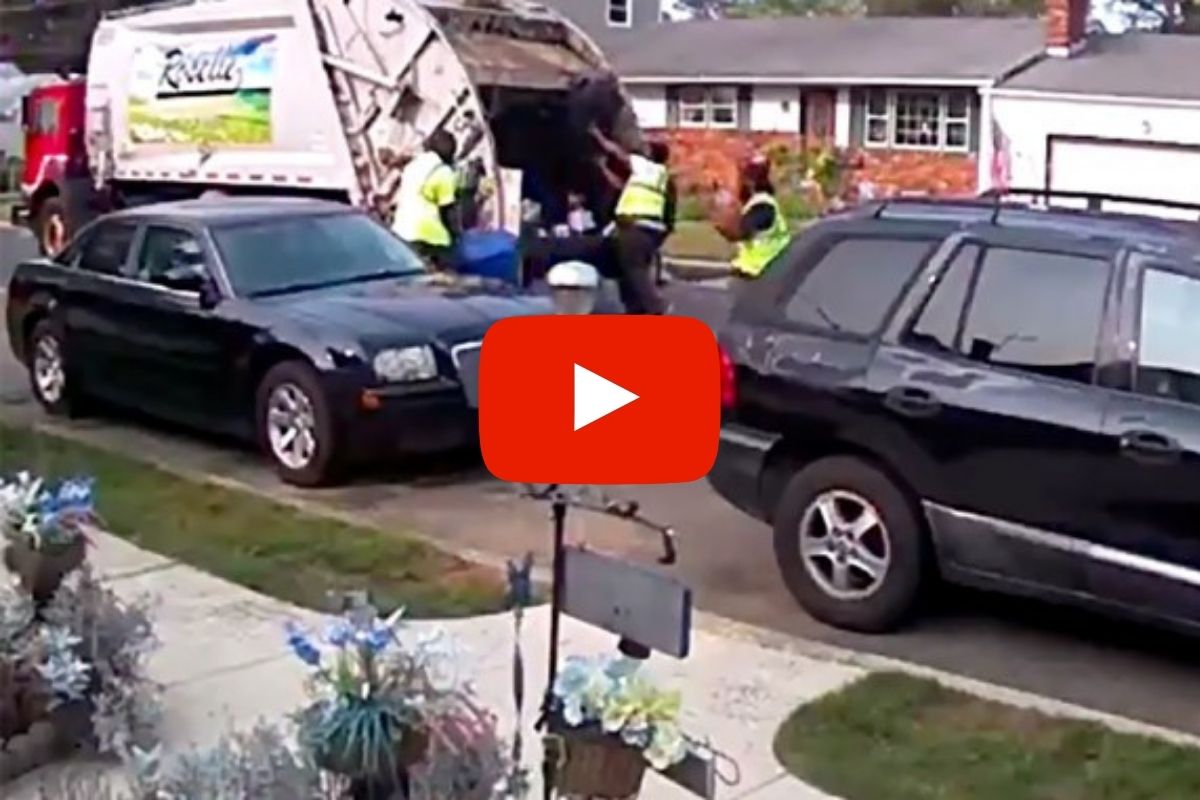 Listen, it’s been a tough year for all of us, so when it comes to keeping ourselves entertained, we have to do what we have to do. We should always live our lives to the fullest, which is exactly what this New Jersey trio did. Hilarious footage was caught of Norwich garbage man dancing in the middle of the street while working. And let me tell you, it’s glorious. A true popular choreographed routine.

The security camera video shows the workers singing and dancing to Cupid’s 2007 dance hit The Cupid Shuffle. The song was blasting from the speakers of the Roselle sanitation truck located in Keansburg in Monmouth County. As you can see, the workers were. booging it out while emptying the residence’s trash can. You know what they say, do what you love and you’ll never work another day. This clearly shows it. Introducing lead dancer and sanitation worker William Watson, as well as Chad Howard, and, Rodrick Samuels.

Sanitation Workers Break it Down to the ‘Cupid Shuffle’

After the video went viral, several news stations tried to contact the New Jersey trash collectors men in order to get their statement, asking them what they were thinking at the time. William Watson, one of the sanitation workers stated ?I was kind of going through something, and I?m looking around, everybody?s moping, and they?re sad. So I started dancing. Then he started dancing, then he started dancing. We didn?t even know we were being recorded.” I’m kind of glad they didn’t know they were being recorded because I’m sure they would have been embarrassed and it would have killed their trip a little bit. So yeah, props to the cameraman for letting them live their lives and letting them have a little bit of fun.

One of the trashmen, who apparently had very cool moves, Rodrick Samuels, said he bought a music speaker for the garbage truck last month for around $120 after telling his co-workers that he wants to motivate them a little bit more to make the daily rounds more entertaining. Samuels stated, ?It?s worth it. Music is the motivation for work. It gets you through your day. Especially rain, cold weather.?

These Sanitation Workers Know How to Boogy

Keansburg resident Kenneth Cook decided to post the footage of the dancing trio on Facebook writing, ?these guys are the hype! thanks so much for sending Positive Vibes this morning.? Another resident told media outlets that they also loved watching the men dancing in the streets. The resident stated, ?They are the best garbage men ever. Ever. Hands down. The best. And they boost up your spirits all day, every day.?? I don’t know about you, but I would love to party with these men. They seem like they’re the life of the party.