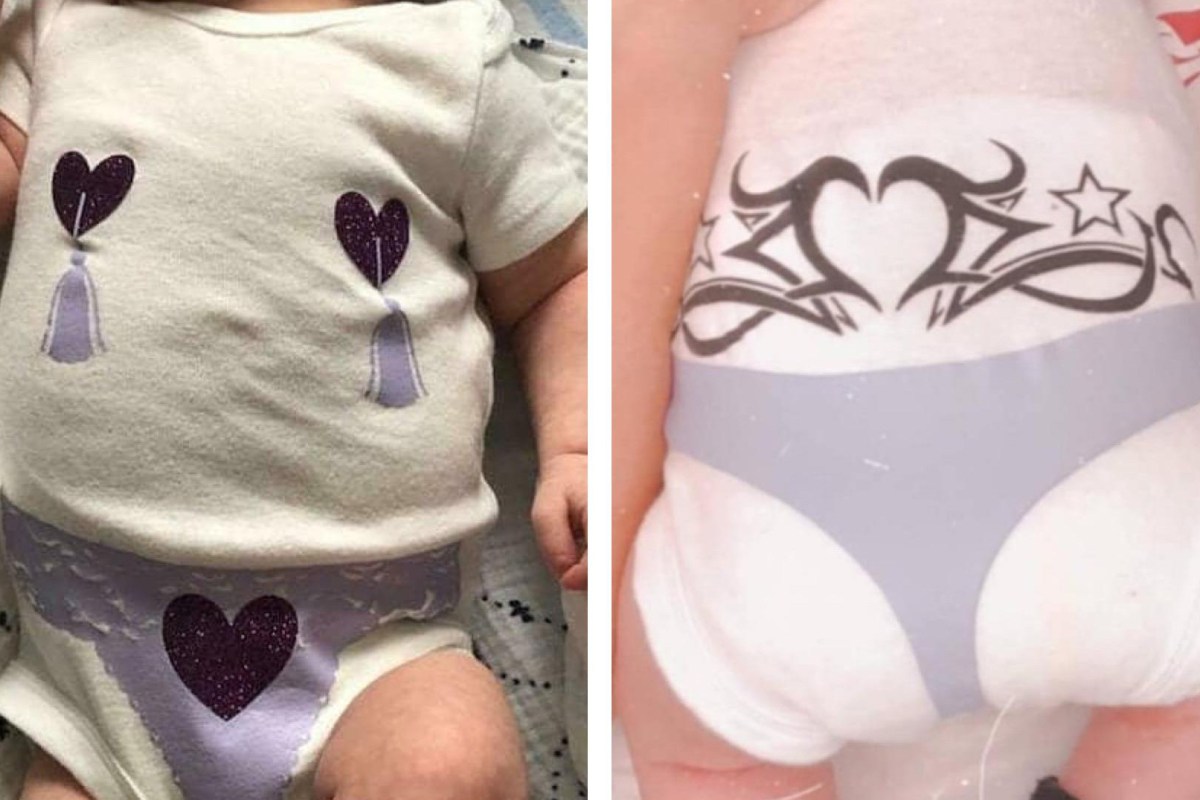 A very cool, hilarious grandma is making waves on the internet after she celebrated her new granddaughter’s birth by, apparently, buying her clothes from a truck stop gift shop, right next to the one-dollar Patrick Swayze DVDs and the biker-themed hoodies that don’t come in a size smaller than Large.

An anonymous friend of the grandmother went online to Reddit to show off the baby’s new, impressively redneck attire and the reaction ranged from amused (which is the appropriate response) to disgusted and outraged (which is stupid but this is the internet so… of course).

Onesie courtesy of Grandma from trashy

1. Again, I think this is super funny. Either this grandma is a funny old gal or she’s like 35 because she and her childlike to pair their high school diplomas with newborn infants.

2. I would 100% buy this glorious, trashy onesie for someone’s baby. They’d get mad at me, probably. They’d at least swear they’d never actually put their child in it. But then, one day, they’d be exhausted and out of clean clothes for their baby, and on that day they would, without even thinking twice, trade a sliver of their self-respect for just a little less work. They’d slide their baby into the stripper onesie and sigh. And I would win. It’s a simple matter of time. A waiting game.

3. What even partially sane person is getting offended by this? No one is sexualizing this baby. This isn’t putting the baby on the fast track to dancing on a floating strip club owned by a meth dealer in Central Florida. This baby is as much a stripper because she’s in this onesie as she is a supernatural Amazonian warrior princess when she puts on a Wonder Woman outfit.

This story was originally published February 17, 2020.

Watch: This Mom Revealed the Gender of Her Baby Via a Colored Fart