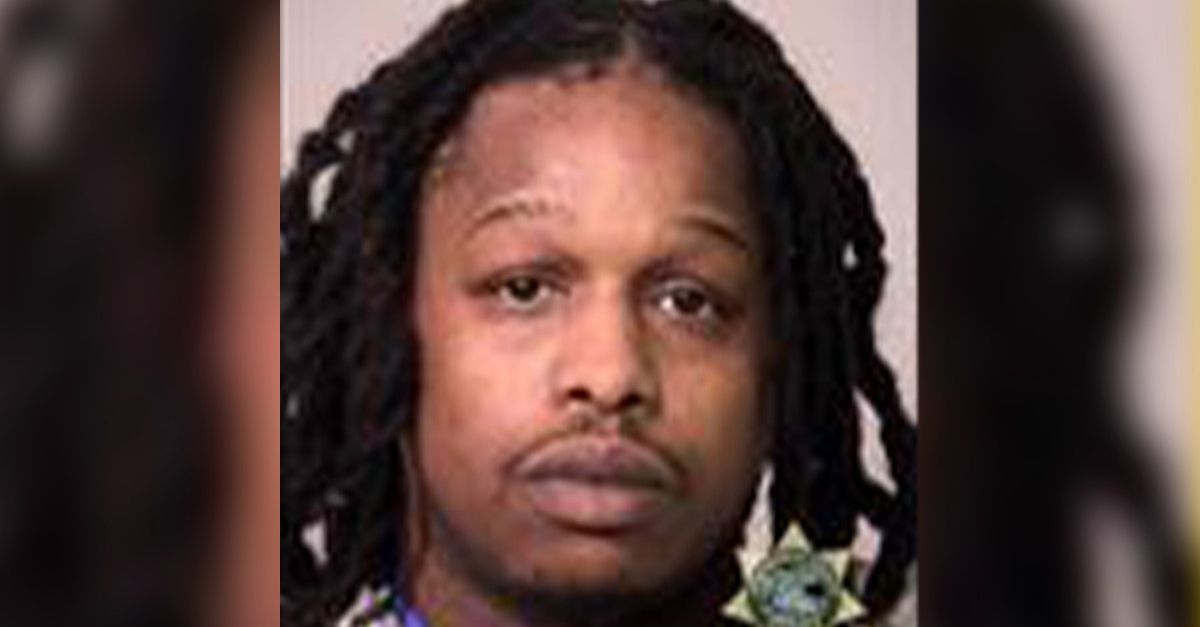 Well, this is certainly a new one. 35-year-old Marcus Davis of Port, Oregon was sent to the hospital earlier this year, with several gunshot wounds on his body. Davis had told authorities that while waiting at a bus stop, he was robbed and then shot by a homeless man. But, after inspection of the “supposed crime act,” police officers said “nope we don’t buy your story, sir” and began to trace his steps.

Basically, they kept asking how the bullet ended up inside of Davis, because well, he was shot in a very peculiar place. The bullet had traveled right through the top of his penis, through his right testicle, and into his upper inner right thigh. Lucky for him, the bullet exited through his lower right thigh, so at least there were no bullet particles inside him. Still, ouch.

Forensics, being the genius they are, indicated that the position of the wound meant that it actually came from above, and not across as the man had initially told police. So, due to the many prior felony convictions, Davis was not allowed to be in possession of a firearm, leading to his eventual sentence of six years in federal prison.

Womp. You snooze, you lose sir. Why are you carrying a gun if you know you can’t? Dumb, dumb, dumb. He tried to cover his crime, and it only bit him back twice as hard. You know this man wasn’t thinking right. According to Assistant U.S. Attorney Lewis Burkhard, Davis indeed played a significant price with his injuries and sentences he’s going to be receiving. He stated, “I don’t think anything the court can say or the government can say can stop the injuries he gave to himself to stop him from possessing firearms. Hopefully this is the last time we will see Mr. Davis.”

Word of advice, if you are going to buy a gun, or use it, which you shouldn’t but you know, AMERICA, maybe make sure the lock is on in the first place. You know, so you can avoid the whole shooting the whole crotch situation.

Watch: Man Puts Cellphone Charger Up His Penis, Has to Have it Surgically Removed