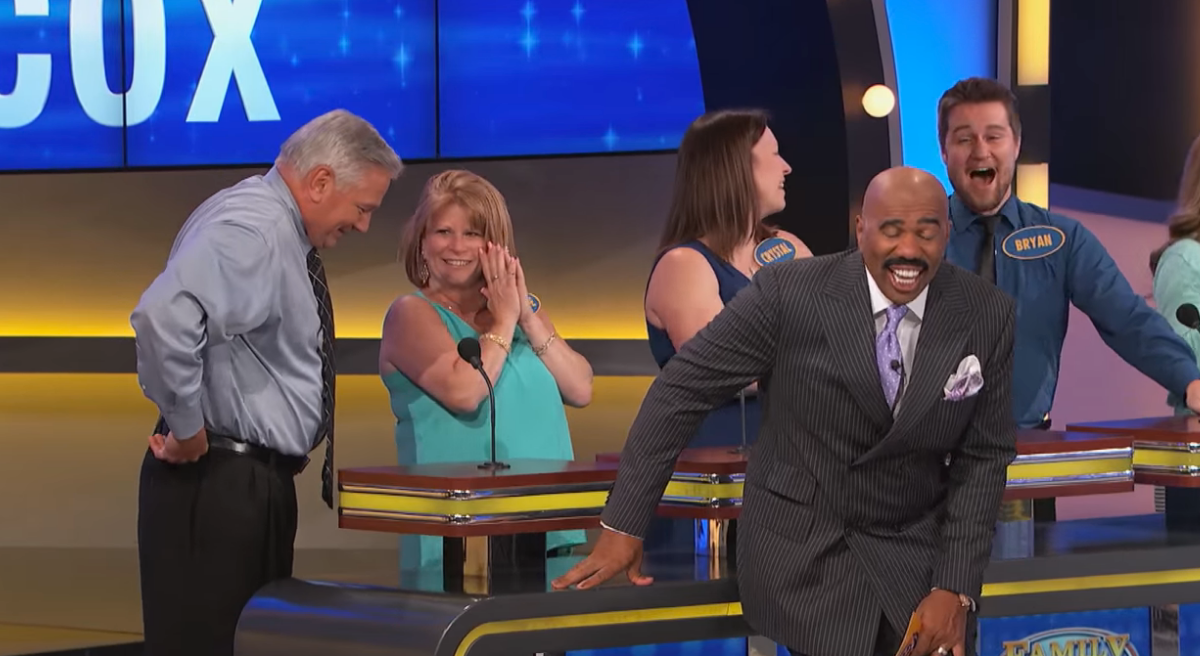 Oh, Family Feud, keep this up and you won’t be a family show any more. The longtime game show favorite seems to get raunchier all of the time.

On a recent episode of “Family Feud” comedian Steve Harvey threw one of his male contestants a beach ball of a pitch, and the contestant was more than happy to hit it out of the park. Steve gave Larry’s wife and children a moment they’d never forget when he asked the father one sexual question.

In this episode, host Steve Harvey poses this challenge: ?Name the first part of a woman you touch to get her in the mood.?

The guest, a rather straight-laced older guy replies: ?Um, that would be the lower front of the vagina,? then added, ?I didn?t want to say it.? Steve jumps right in with this: ?Yeah, down there on the prairie!? Harvey cried. ?Down there by the promised land!?

Seems like the writers have really gotten adept at putting the contestants on the spot. They have to answer quickly, and the writers lead them right into a mortifying trap. And nobody is better than Steve Harvey at raunchy follow-up. Guess that’s why he earns the big bucks. Since he took over the show has had some of its highest ratings ever, even surpassing Wheel of Fortune and Jeopardy.

Watch your back, Alex, Vanna and Pat!