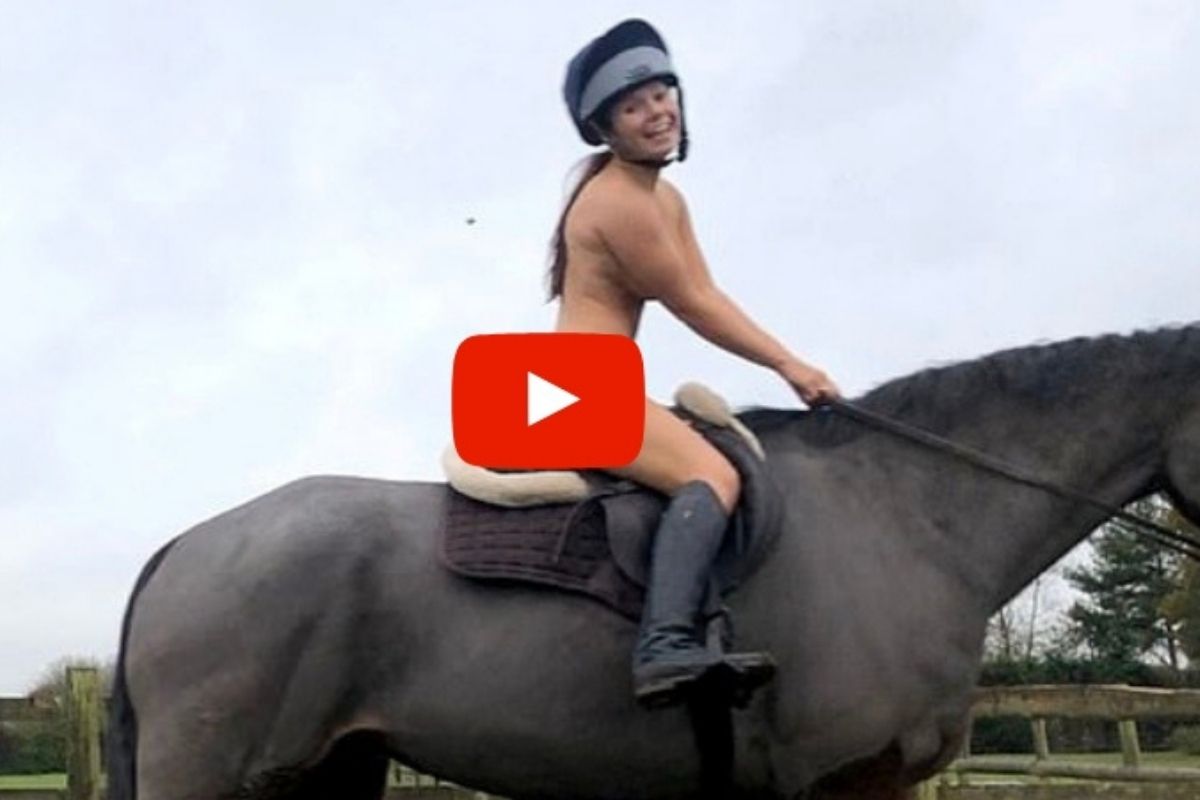 Why did the teenager do this? Well, apparently she saw a Facebook campaign that urged riders to raise awareness of always wearing a helmet, so she figured this was something people would never forget. If anything, we should thank her, she’s doing us a favor by reminding us about helmet safety.

She said she was really shocked and thought it was quite interesting that people still ride without chin straps since it was dangerous. So, she posted it on her Facebook and decided that if it got over 100 likes, she would do her own version of the post. So she did.

Don’t Forget to Wear Your Helmet!

The Moreton Morrell College student stated, “There is a sector of British riding called British Dressage, where they used to allow people to compete in just a top hat and they recently changed that ruling so anyone who rides and competes has to wear a hat with a chin strap as well.”

Grace is a veterinary physiotherapy student from Coventry, West Midlands, and says that the reactions to her photos on social media have been “amazing.” Because well, let’s face it, men everywhere are probably so ecstatic. I mean, should we just applaud her for actually trying really really hard to make it a point for people to never forget to wear their helmet? If you think about it, she’s saving a few lives here and there and changing the world one naked picture at a time, folks.

The best part about this is that she has officially been nicknamed as Lady Godiva by her family and friends. In case you don’t know who Lady Godiva is, she famously rode naked through the streets of Coventry…this according to the legend. So sure, it’s working and it?s getting people’s attention which is what she wanted. One way or another, it all helps raise awareness, right? Say goodbye to those concussions!

Editors Note: This article was originally published on December 5, 2019.