If You Recognize This Font, You Probably Hate It 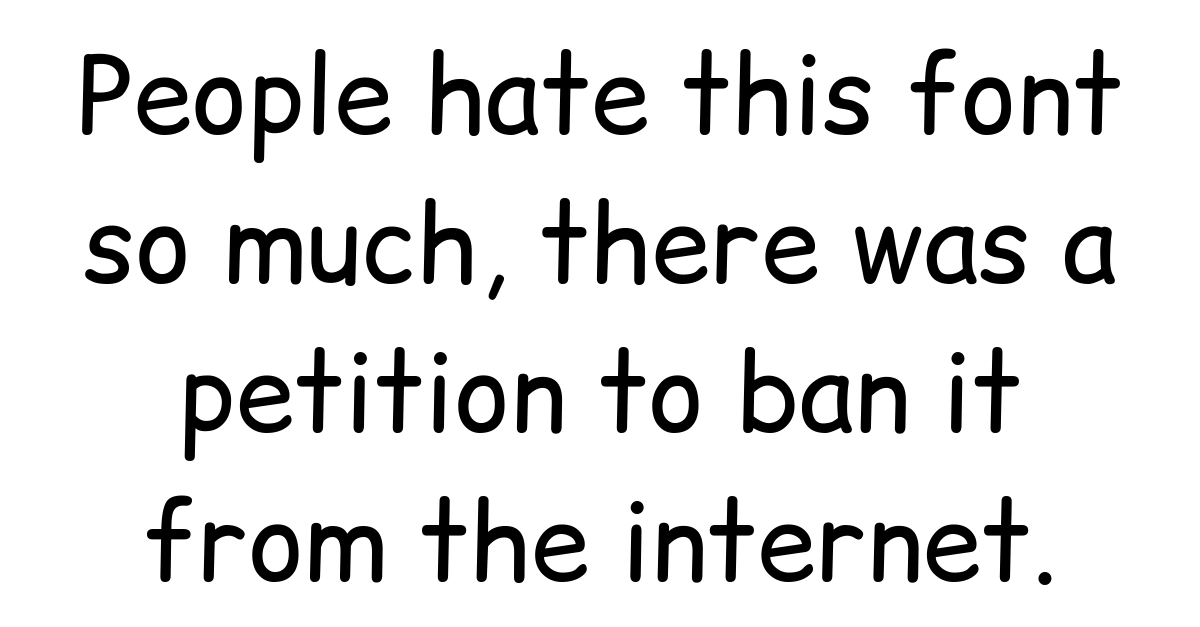 Dear Rare readers, we are gathered here today to discussed possibly the most hated font of all time. Not only do we hate it, we love to hate it. If you’re thinking Comic Sans, you already know where this is headed. Despite the name’s implication, Comic Sans bears nothing comical in 2019. Whether you have a seasoned eye for web design, are a graphic designer, or are a day to day internet user, you know the social status of this sans serif font. It’s internet infamous! Even if you don’t know why, you know that people hate Comic Sans – we also collectively hate Helvetica, if you missed that memo. And you hate hate Comic Sans too, dear brilliant reader, don’t you? Because you know that a generation of people can’t all be wrong about something this crucial, right!?

Let’s start with the basics. If you’re struggling for a visual image of what Comic Sans is, think back to comic books. This handwritten-style font was inspired by the text used in comic book speech bubbles. The Dark Knight Returns and Watchmen were Vincent Connare’s, the font’s creator’s, main inspirations. The inspiration struck as he was attempting to make a font that would appeal to children who were just learning computers for an upcoming launch of Microsoft’s operating system called Microsoft Bob, which was to be included in Windows 95. The default font for the program at the time was Times New Roman. Connare felt that it was too serious and wouldn’t reach young users, so he created what we now know as Comic Sans MS.

Unfortunately, the universe had other plans for the font. Vincent Connare finished the new font too late to be included in Microsoft Bob. However, Microsoft’s Movie Maker department was in need of a font to fill speech bubbles for guided tutorials. Thus, Comic Sans found its first home. It quickly was included elsewhere, becoming the default font for multiple programs including Internet Explorer, Microsoft Publisher and on most Microsoft computers. Yes, the default font. The exposure was great, until it wasn’t.

Less than five short years after its creation, the font had reached overexposure. People began to claim that the font was everywhere and used too often. There was  an online campaign created to ban Comic Sans aptly named bancomicsans.com. This campaign was led by Dave and Holly Combs, graphic designers who felt the font was being overused and often improperly to discuss topics which were nonsensical for the font. Which was the case, people were making serious signage in the quirky font.

After the campaign, the use of the font only increased. Whether this was to spite those who were loathed it or our of ignorance/ human error, we may never now. Regardless, a few of the events were as follows:

Today, a website still stands to help cure the world of the inappropriate use of it called ComicSansCriminal.com. If you have used the font anytime recently (Dear God, no) and are wondering if you fall into this category, check out the site because they give a detailed list of ways to not use the font and a pledge to keep all Comic Sans Criminals on the straight and narrow. And finally, we want to know.