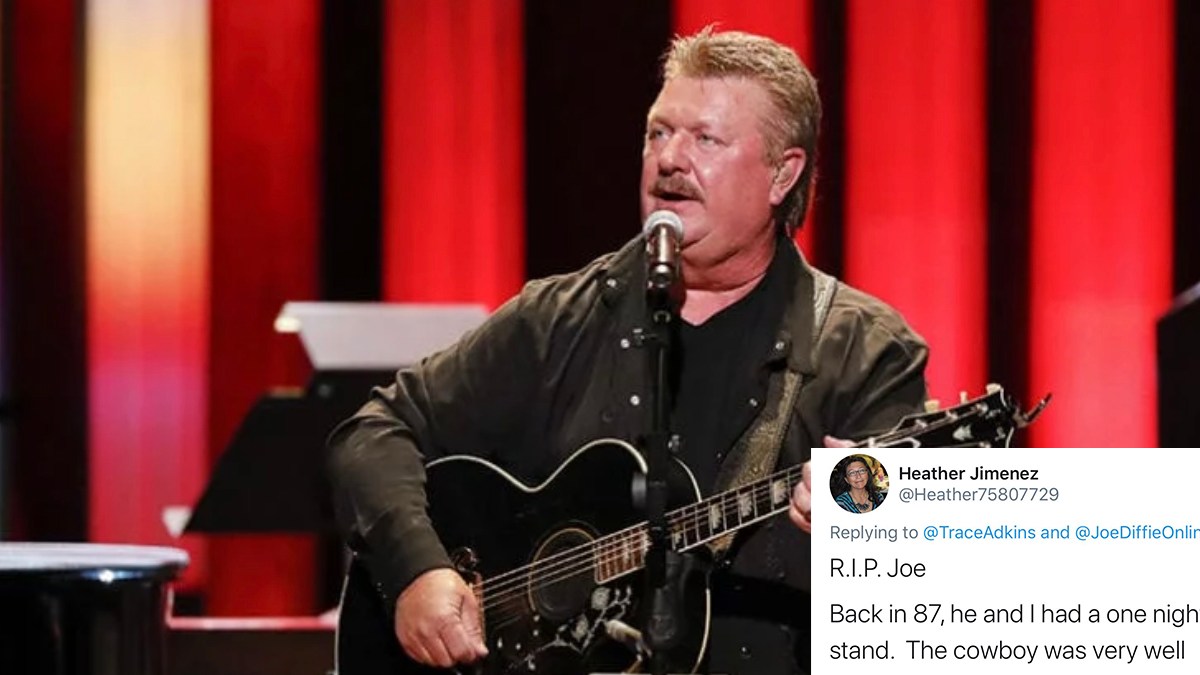 Iconic country singer Joe Diffie passed away over the weekend, just two days after he announced that he’d tested positive for Coronavirus. The singer of “Pickup Man,” “Third Rock From the Sun” and “John Deere Green,” was revered by both fans and his fellow country singers.

These country music stars were not, however, the only ones paying tribute to Diffie online. There were Diffie’s fans as well, of course. But, also, there was this lady who claimed to have known Joe Diffie, uh, extremely well.

Back in 87, he and I had a one night stand. The cowboy was very well hung. Unfortunately he never called me back. Heaven gained another 10 inches.

What a magical memory. Thank you, random internet lady, for sharing this tale of short-lived love with the world. For, really, isn’t all love impermanent, whether it’s for one night or one lifetime?

Is this actually the most romantic country music story of all time? Move over June and Johnny Cash, you’re old news. It’s time we start singing the praises of… this random lady and Joe Diffie’s blue-ribbon hog.

That’s fair, but also, let the world have this little bit of magic. You don’t start explaining the physics of Santa fitting down a chimney or traversing the entire world in a single evening to kids, so don’t start explaining to me that this lady who says she had sex with Joe Diffie and that he has a huge wang is probably a fake weirdo being a psycho on the internet.