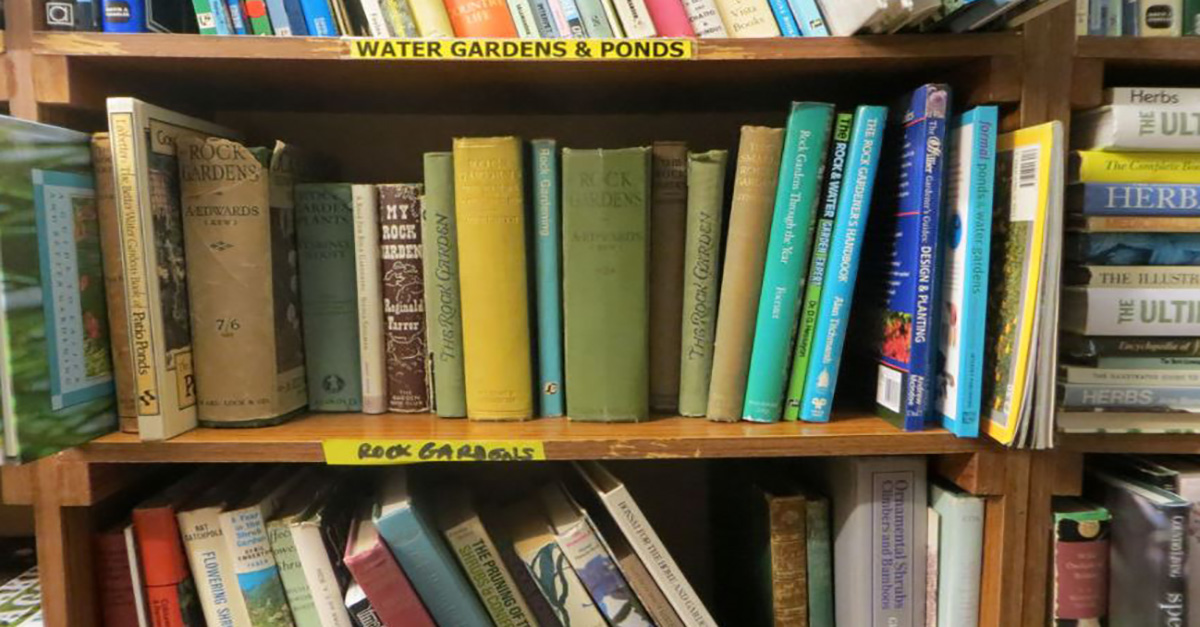 Librarians have had it up to here with folks asking them to search for books with nothing more than vague clues, and they’re fighting back the only way they know how.

The library shown in @Metafrantic’s photo is Massachusetts’ Framingham Public Libary. They sent out their own tweet acknowledging their display, which featured several red covered books and the headline “I Don’t Remember the title, but the cover was Red.”

“We think this display speaks for itself,” tweeted Framingham. “Check out our latest red displays in Fiction and Large Print. Admit it, we’ve all asked this question at one point our another.”

We think this display speaks for itself. Check out our latest red displays in Fiction and Large Print. Admit it, we've all asked this question at one point our another. #cityofframingham #framinghampubliclibrary #red pic.twitter.com/2e99QPDvej

Turns out, several other libraries do exact same thing:

Lolz my library did this too. I took a photo because we used to get this question all the time when I worked at a bookstore. pic.twitter.com/QDeZ8hvG0W

For some librarians, patrons asking for a specific title based on its cover color isn’t the only thing they hear far too often.

One user tweeted, “What drives me crazy is: ‘You had this book on display last week. I don’t remember the title.'”

What drives me crazy is: "You had this book on display last week. I don't remember the title"

Customer: Do you have that book that was just on the radio?

Young Me (bookstore manager): Can you tell me any more? Fiction or non? What was it about.

Customer: It was about a man and a woman? And they meet? And it's kind of a love story? I think it's non fiction but not sure

As it turns out, this sassy display technique is actually very useful for many readers.

One reader tweeted that some people “use colour to organise books because some cognitive shortcut is better than none and ‘you know, the book by the two people about the thing’ is not so helpful.”

I feel like this is harshing on those of us who use colour to organise books because some cognitive shortcut is better than none and "you know, the book by the two people about the thing" is not so helpful. https://t.co/1bukoQyG6d

While color coordination can be helpful for getting books to take home, it definitely won’t do much for returning them — especially if the book has been checked out for 124 years. Yes, really.

NBC News 5 reported in January 2018 that a book had been returned to Rockford Public Library in Illinois after ending up in Chattenham, England. Isabella Heaton was sorting through her late aunt’s book collection when she came across the it and discovered that the check out date was May 15, 1893.

RELATED: The internet took Ivanka Trump to task after she sent out a tweet honoring libraries

“I’ve been sorting through some books left to me by my long deceased Aunt,” she wrote in a letter to the Rockford Public Library. “She was a wonderful book binder and collected a whole assortment of books, some out of interest, others to restore. In amongst them I came across the book enclosed. I feel compelled to return it to your library!”

The library joked that they’d be forgiving the likely massive fine for the book, “The Blackwood’s Edinburgh Magazine Jul-Dec 1844 Vol. LVI.” And thank goodness for that!