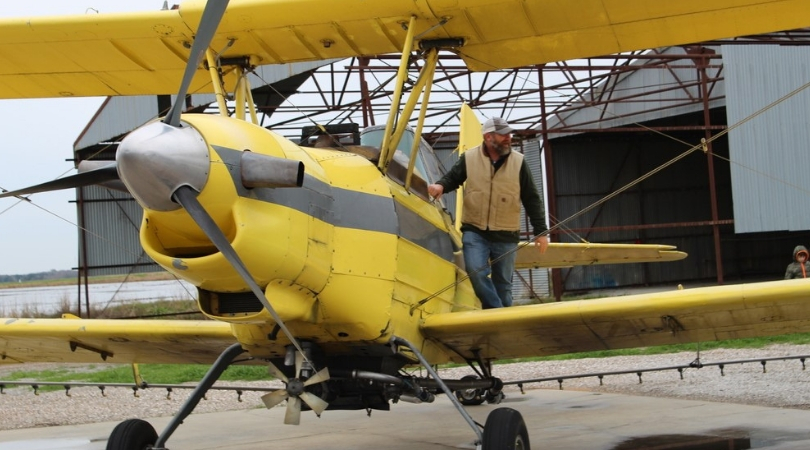 Hey Louisiana, what in the world is going on right now? I don’t know if to laugh at this whole situation or sigh in relief because none of these people are going to hell. Turns out a Roman Catholic Church in rural Louisiana decided to take it upon themselves to maximize its blessings using a very odd technique. The church literally filled up a crop duster plane with holy water and letting the sanctified liquid just mist an entire community. Yes, you get baptized, you get baptized, and you get baptized. A true community-wide blessing.

According to Rev. Matthew Barzare of St. Anne Church in Cow Island, this allows them to bless more area in a shorter amount of time. Following this past Saturday’s Mass, parishioners from the church in Southwestern Louisiana headed up to an airstrip which is about five minutes away from the church.

Churchgoers then brought with them 100 gallons of water, which was loaded into the crop duster. Barzare then placed it there and waited for the pilot to take off noting it was the largest amount of water they had ever turned holy.

The crop duster pilot had instructions to drizzle some water in parts of the community including schools, churches, nearby farms, grocery stores, and other community gathering places. Of course, word of the holy water raining on top of the Louisiana town spread fast. Barzare stated, “They heard the plane coming first and so they had enough time to step out of their house and see it spraying.

The idea was first proposed by a parishioner in there who’s studying to become a missionary and was looking for a way to spread both Community togetherness and holy water across Cow Island. So, the more Barzare considered this whole idea, the more it apparently made sense to him.

“Most parishes have a central location, but my area that I have to cover is a good 30 minutes to the next church, and so by plane, we realized, it might be the easiest way to sprinkle people’s fields, rather than me going in a car to different locations. It does have a history for us in our Catholic faith, that the priests would bless the fields, and of course the community, around certain times of the year, especially harvest times. We call them ember days.”

Apparently, it was such a hit among over 200 Catholic families who attended the church and with the Diocese of Lafayette, that Barzare said he’s going to make it an annual event. This with the hope of upping the holy water hall from 100 gallons to 300 gallons of holy water, which is the maximum amount of plane can carry at one time.

And yes, for those of you asking about the blessed crop duster, before taking off on its “Holy Mission” it was cleaned out of pesticides. Barzare said he believes the agriculture aircraft didn’t stir confusion among any residents and did not spray any chemicals.

Still, like I said, this to me seems a little bit ridiculous. I guess if you don’t want to waste time this is a good way to do so, but y’all just wasted so much water. What about people who aren’t Catholic? Did you ever think about that?